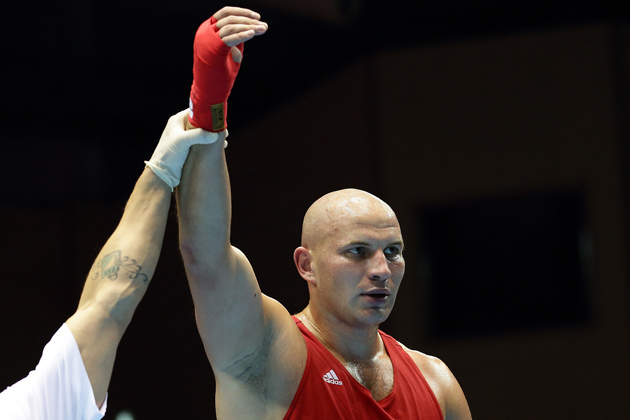 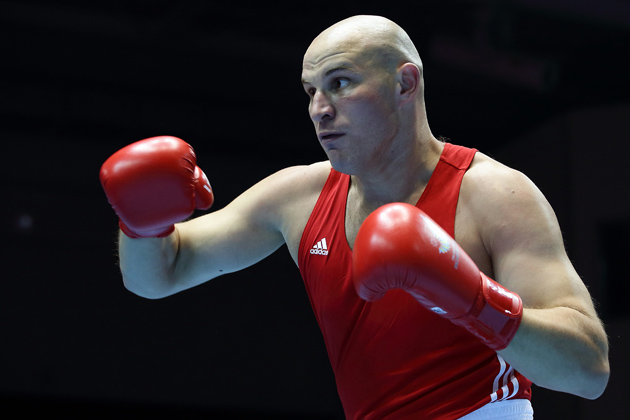 Ivan Dychko, of Kazakhstan, in action during the men’s super heavyweight final of the 2014 Asian Games at Seonhak Gymnasium on Oct. 3 in Incheon, South Korea. Photo by Suhaimi Abdullah/Getty Images

Kazakhstan stamped itself as the leading force in Asian boxing, winning six of the 10 men’s golds up for grabs on Friday at the 17th Asian Games in Incheon, South Korea.

Kazakhstan, which won gold in the flyweight, welterweight, middleweight, light heavyweight, heavyweight and super heavyweight divisions, also added a silver and a bronze. South Korea, which had come under criticism for receiving disputed decisions in the semifinal rounds, won golds in the junior flyweight and bantamweight divisions and would’ve had a third if not for Wuttichai Masuk of Thailand defeating Lim Hyun-chul in the junior welterweight finale.

The other gold was taken by lightweight Otgondalai Dorjnyambuu of Mongolia, who won a split decision over Filipino Charly Suarez to earn his country their first ever Asian Games boxing gold. The Philippines, which also received three bronzes after sustaining defeats in the semis, will not bring home an Asiad boxing gold for the first time since the 2002 Games.

“I only got the silver four years ago so this is a special moment for me,” said Dychko.

The women’s competitions were overshadowed by the protest of India’s Sarita Devia, who lost a controversial decision to Park Ji-na in the semifinals and refused her bronze medal at the awarding ceremony. Devi then put the bronze on Park, who was accepting the silver.

“I said, ‘This is for you and all Korea, because you only deserve a bronze,'” Devi said afterward. In a statement released by world amateur boxing governing board AIBA, Devi is quoted as apologizing for the incident.

South Korea’s Shin Jong-Hun was named the Best Boxer of the Tournament. The tournament was the first Asiad since AIBA altered its rules to remove headgear and instate a “Ten Point Must” scoring system similar to the professional ranks.