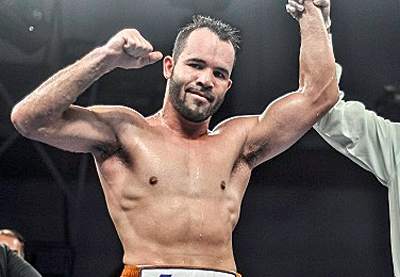 We may never get to see Julio Cesar Chavez Jr. and Saul “Canelo” Alvarez get it on in the ring, but at least we got to see their brothers fight.

After 10 rounds, Ramon Alvarez won the battle of the famous Mexican fighters’ brothers, defeating Omar Chavez by the scores of 98-92 on one card and 96-94 on the other two.

Alvarez (20-4-2, 12 knockouts) brought the fight to Chavez (32-3-1, 22 KOs) who unlike his brother is more of a boxer-puncher. Alvarez was able to hurt Chavez with a right hand in the third round and controlled many of the middle rounds before Chavez launched a late rally.

The loss snaps a four-fight winning streak for Chavez, 24, of Culiacan, Mexico. His only other two losses also were also to a fighter with a familiar name in boxing – Jorge Paez Jr., the son of former IBF/WBO featherweight champion Jorge “El Maromero” Paez.