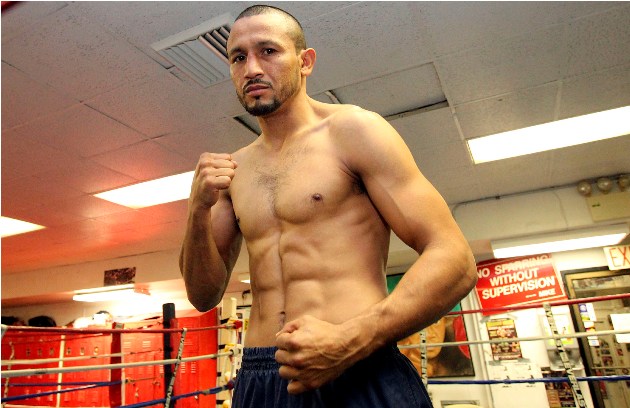 Orlando Salido said “I still have great abilities” and “I can still fight” in advance of Saturday night’s junior lightweight debut against Terdsak Kokietgym.

Kokietgym was dropped in the first, fourth, seventh and final rounds, the last time for good as referee Eddie Claudio waved an end to the bout at the 16-second mark.

The fight was for the WBO’s interim title belt.

“Salido said he was the strongest physical fighter he has ever fought,” said Sean Gibbons of Zanfer Promotions, who works with Salido. “The knockdowns were flash knockdowns. He was always good when he got up. Also, he said that it is a thrill to now be the 130-pound world champion.”

The triumph comes on the heels of a split-decision over Vasyl Lomachenko in March, this, despite having already lost his WBO title on the scales due to being overweight prior to the fight with Lomachenko.

Last October, Salido had won a featherweight belt for the third time with a seventh round stoppage over Orlando Cruz, regaining the WBO’s vacant 126-pound title.

“The WBC or WBA champion would be a great style and match up,” said Gibbons. “Also, he loves Puerto Rico and would welcome a fight with [former titleholder] Rocky Martinez.”

Abril, 32, was coming off a unanimous decision over Sharif Bogere in March 2013 that had followed a split-decision loss to Brandon Rios in April 2012.

Tatli, 27, was coming off an eighth-round technical knockout victory over Antonio De Vitis in May.