Mayweather to appear before Nevada State Athletic Commission on Tuesday 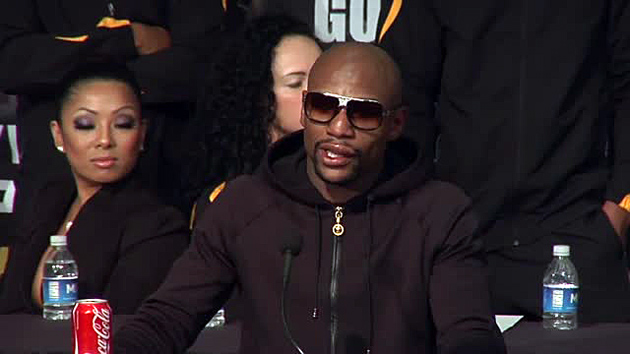 19
Sep
by Lem Satterfield
Boxer/promoter Floyd Mayweather Jr. must appear before the Nevada State Athletic Commission on Tuesday in Las Vegas to address training safety concerns that arose from scenes in Episode Two of Showtime’s “All Access” in advance of his majority decision win over Marcos Maidana on Saturday.

Of primary concern are those involving Hasim Rahman Jr. and his younger brother, Sharif, the sons of former undisputed heavyweight champion, Hasim Rahman, and their separate sparring sessions against a British amateur, Donovan Cameron, according to NSAC chairman Francisco Aguilar.

Nicknamed “Little Rock,” Rahman Jr. was in action at Mayweather’s Las Vegas-based gym. With Mayweather egging him on, Rahman Jr. won a brutal, 31-minute sparring round of a revenge match opposite Cameron, who had earlier handled Sharif in a similar session.

“Our obligation as the commission is to assure the health and safety of the fighters and when it comes down to those situations, we want to have an understanding,” said Aguilar, adding that all five of the commissioners have seen the segment.

“The television media has a certain perspective on things. They’re trying to drum up pay-per-view buys for the fight. But there may be some information that we don’t have and before we come to our conclusion, we need to gather the facts.”

Also of “minor” concern is a scene during which Mayweather, who does not partake, looks on as his female associates are shown smoking marijuana in his home.

“I think that’s minor. That’s a lifestyle question. Marijuana is its own public discussion at this point and time,” said Aguilar. “I don’t want to speculate on what can happen out of fairness to Mr. Mayweather. The full commission will have to decide. We’ll ask the questions that we need to, gather the information that we need and we’ll make a decision.”

Note: Click here for a video clip of Showtime’s All-Access Epilogue of Mayweather-Maidana II, which will air on Saturday at 9 p.m. ET/PT.