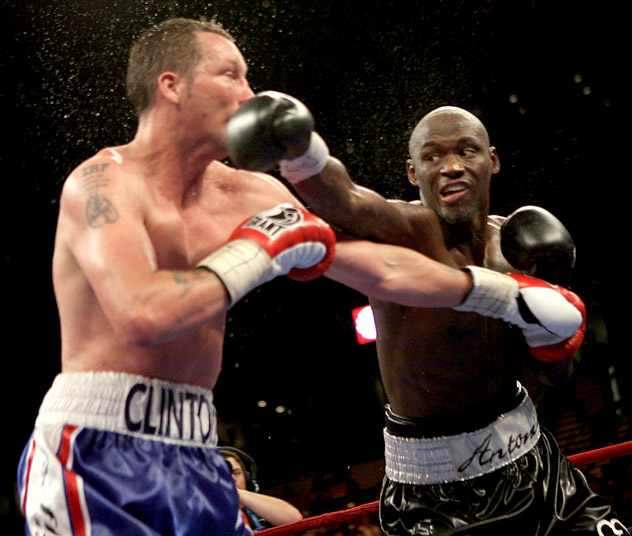 Former light heavyweight champion Antonio Tarver has informed RingTV.com that he has suffered a fractured thumb on his left hand that has forced him to pull out of a Sept. 29 heavyweight bout against Johnathon Banks at the State Farm Arena in Hidalgo, Texas.

Promoted by Mike Battah of Leija Battah Promotions and Golden Boy Promotions, the clash was supposed to end a 10-month ring absence for Tarver (30-6, 21 knockouts) and be aired on FOX Sports 1 and FOX Deportes.

Tarver, 45, said he initially injured his thumb during a sparring session about two weeks ago, yet still attempted to overcome it by training primarily with his right hand.

“I’m so well-prepared for this fight, man but, unfortunately, I’m having to endure the first postponement in my entire career. I actually injured my hand about two-and-a-half weeks ago. I tried to make it through but just couldn’t. Now, I just don’t have enough time to heal properly,” said Tarver, a southpaw who was fitted for a cast on Wednesday.

“I can’t go into a fight like this one at less than 100 percent. That’s dangerous. I wanted to go out there and to make a statement and put the heavyweight division on notice but, unfortunately, I’m going to have to pull out of this fight. Hopefully, in four to five weeks, I can be back in full swing.”

“But he’s going to have to allow for the fracture to heal properly because if the fracture is displaced in any manner or angulated further, it could require surgery and delay further healing and ultimately further delay his return to the ring. So he will have to keep the hand immobilized for the next four-to-six weeks.”

In place of Tarver-Banks, a featherweight bout between Joseph “Jo Jo” Diaz Jr. and Raul Hidalgo has been elevated to the main event.

“The show must go on,” said Oscar De La Hoya, president of Golden Boy. “The loss of the Tarver vs. Banks fight is a disappointment but fans in the State Farm Arena and those watching at home on FOX Sports 1 and FOX Deportes will not be disappointed.”

Tarver said that his son, 26-year-old junior middleweight Antonio Jr., also a southpaw, will make his professional debut against Zachary Briones on the undercard.

“That’s the only bright side to this entire situation,” said Antonio Sr., who, like his son, is being trained by Orlando Cuellar. “I’m going to continue to go with my son and stay in camp.”

Tarver had his most recent fight last November, a fourth-round stoppage of Mike Sheppard that ended a 17-month ring absence.

Tarver had returned to action for the first time since June 2012, when he tested positive for the banned anabolic steroid drostanolone following a draw-turned-no-contest with Lateef Kayode.

“I’m just going to be staying in shape,” said Tarver. “I mean, it was going to be exciting to have a chance to get back into the ring and I promise my fans that I’ll have a special surprise for them.”