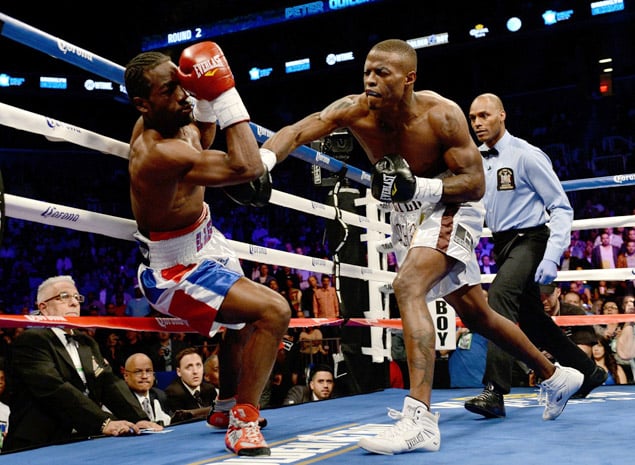 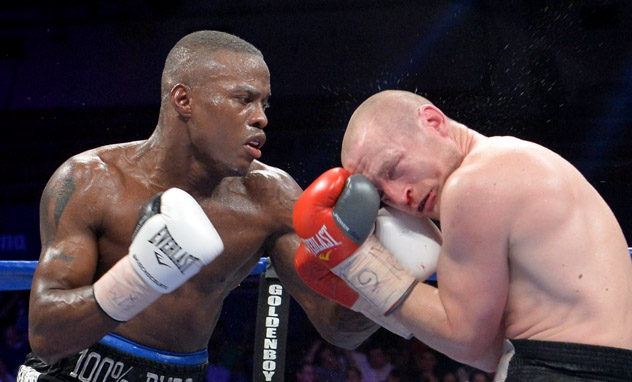 There has been a lot of activity within the middleweight division since April when Peter Quillin defended his WBO belt by unanimous decision over Lukas Konecny.

Meanwhile, a purse bid has been ordered for a bout between Quillin (31-0, 22 knockouts) and mandatory challenger Matt Korobov (24-0, 14 KOs), whose respective promoters are Golden Boy and Top Rank.

Although Quillin says he’s “excited about” the potential for facing Korobov, there appears to be an underlying irritation within him that he has not been involved in more high-profile fights.

Many observers are feeling the same thing, given Quillin’s evident potential. Before facing Konecny, he won a unanimous decision over Winky Wright, dropped Hassan N’Dam six times during a unanimous decision for the belt, scored four knockdowns before stopping Fernando Guerrero in the seventh round and scored a 10th-round stoppage over Gabriel Rosado.

“From the Sergio Martinez’s, to the Gennady Golovkins, and all of these guys, I’m the one who is getting all of the feedback like I’m not trying to fight these guys,” said Quillin, who turned 31 in June.

“But really, at the end of the day, it’s about the business of the sport. The fans don’t get to see the behind the scenes and how all of that s–t can come together. They think that it’s just, ‘I want to fight this guy,’ and the fight gets made.”

Part of the issue has been an adversarial relationship between HBO — which has televised the Golovkin and Cotto-Martinez fights — Showtime, Top Rank and Golden Boy, which has promoted Quillin.

“The fights really can’t get made, a lot of the time, because a lot of things stop the fights from happening. But you know what I do? I don’t get too much into the boxing politics, but it’s kind of disgusting. Nothing is clean about it. These guys, it’s not believable sometimes. It’s a business, bro,” said Quillin.

There may yet be hope for Quillin, for the relationship between Golden Boy and HBO may have softened.

In the meantime, Quillin remains focused on the potential for facing Korobov in his next fight.

“Matt Korobov is my mandatory, so there is really not much that I have to say about that,” said Quillin, “besides the fact that he was untested when he first came out, we didn’t know who he was and he just popped out of nowhere.”

The 31-year-old Korobov is coming off a unanimous decision over previously unbeaten Jose Uzcategui, which was televised on HBO.

“Korobov just got a great win on HBO. So he’s made a name for himself, and he’s become the No. 1 challenger for my belt to pursue the fight,” said Quillin. “So that just lets you know that it’s going to be a good fight if it does happen or when it does happen. I’m very excited about it.”