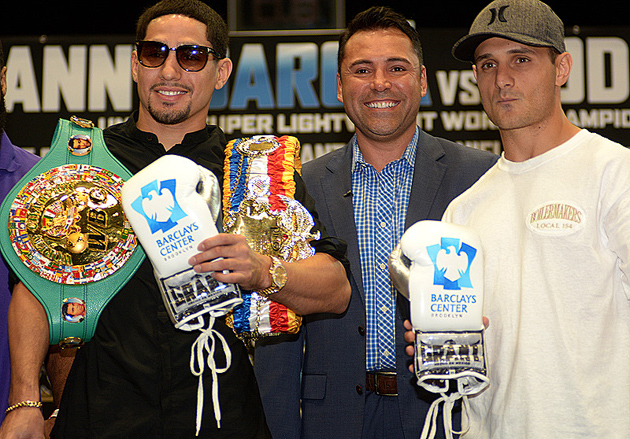 RingTV.com has a live round-by-round live update on this page of Saturday night’s non-title 142-pound bout during which RING junior welterweight champion Danny Garcia scored three knockdowns in the final round of a second-round knockout over Rod Salka at Barclays Center in Brooklyn.

Garcia (29-0, 17 knockouts) was last in action for a majority-decision victory over the crafty Mauricio Herrera, and was making his third appearance at Barclays Center against Salka, having scored consecutive victories there over Erik Morales by fourth round knockout in October 2012 and by unanimous decision over Zab Judah in April 2013.

In his last fight, Salka (19-4, 3 KOs) dropped previously unbeaten Alexei Collado in the third round en route to an upset unanimous-decision victory.

Showtime will broadcast the fight at 9 p.m. ET/PT.

Bookmark this page and refresh often for updates.

DANNY GARCIA WINS BY SECOND-ROUND KNOCKOUT AT THE 2:31 MARK!!!!