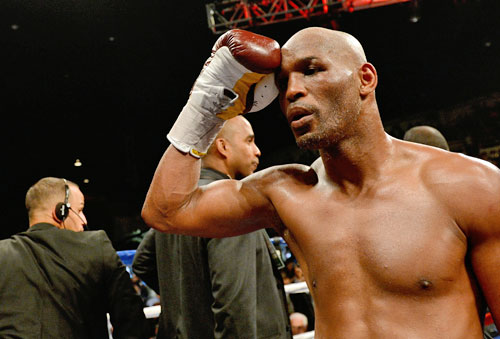 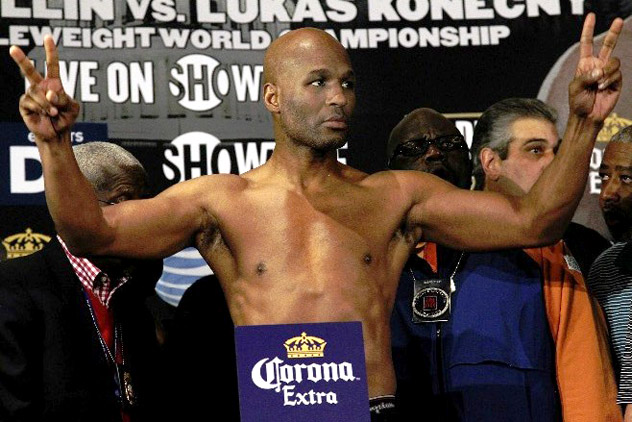 Bernard Hopkins weighs in for his April 19, 2014, fight against Beibut Shumenov. Photo by Naoki Fukuda.

A deal has been reached for IBF and WBA titleholder Bernard Hopkins to face WBO counterpart Sergey Kovalev on Nov. 8, on HBO either in Atlantic City or at Barclays Center in Brooklyn, Main Events CEO Kathy Duva informed RingTV.com on Friday.

The deal is contingent on Kovalev defeating Blake Caparello on Saturday night, said Duva. IBF President Daryl Peoples confirmed the date to RingTV.com through IBF Championships Chairman Lindsey Tucker, who has the signed contracts from the fighters.

Duva said that she completed the agreement with Gomez early Friday evening.

“Nothing is confirmed until Sergey wins tomorrow night, so I need to start with that. But I was contacted yesterday at around noon. I heard from Eric Gomez, and he said, ‘Would you like to make this fight. We’re willing, if you can agree to certain terms.’ He told me what they were, and they seemed fine to me,” said Duva.