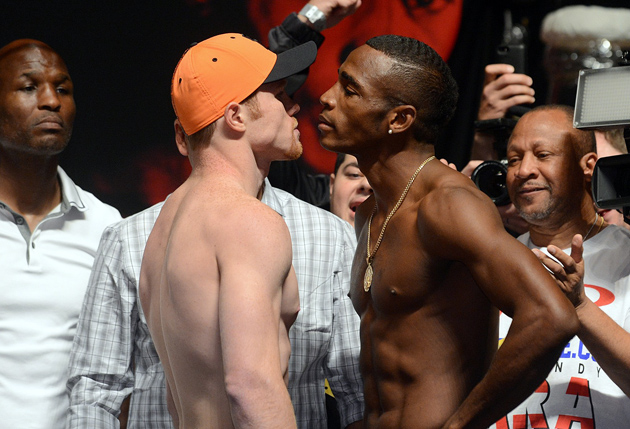 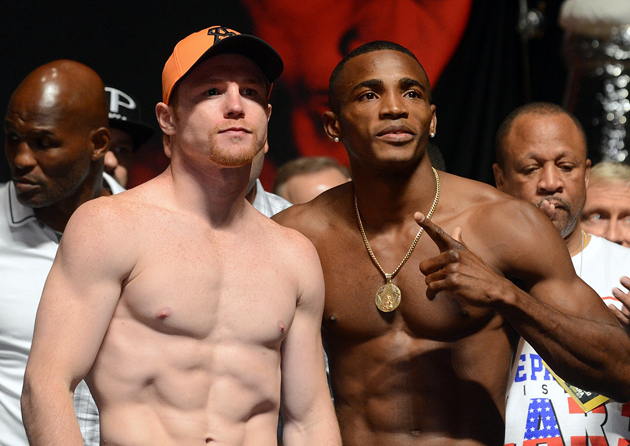 Canelo Alvarez and Erislandy Lara both weighed in at 155 pounds (the contracted limit for their Showtime Pay Per View main event) on Friday inside the MGM Grand Garden Arena in Las Vegas, the site of their anticipated fight on Saturday.

Thousands of “Canelo fans” packed the arena to cheer for Alvarez, the slight odds favorite. The Mexican star appreciated the support.

“This is what I work hard for,” he said through Golden Boy matchmaker Robert Diaz. “This is what keeps me motivated and it’s why I will continue to win — for the fans.”

Lara, who is considered a very live underdog by most boxing experts and hardcore fans, said he isn’t bothered by the boos he received.

“Tomorrow that will change,” he said through co-manager Luis DeCubas Jr. “They will find out exactly what (the Cuban boxing school) means.”

Lara added that he wanted to break Alvarez’s face during the weigh-in staredown, to which Alvarez replied “one more day to go, the words can go with the wind.”

Mares hasn’t fought since losing the WBC featherweight title to Jhonny Gonzalez via shocking first-round TKO almost one year ago. Mares told Showtime’s Brian Custer that he will suffer no ill effects from the first loss of his career.

Mauricio Herrera weighed 140 pounds for his junior welterweight fight against Johan Perez, who also weighed 140 (the division limit) for their scheduled 12-round bout that kicks off the Showtime Pay Per View broadcast.