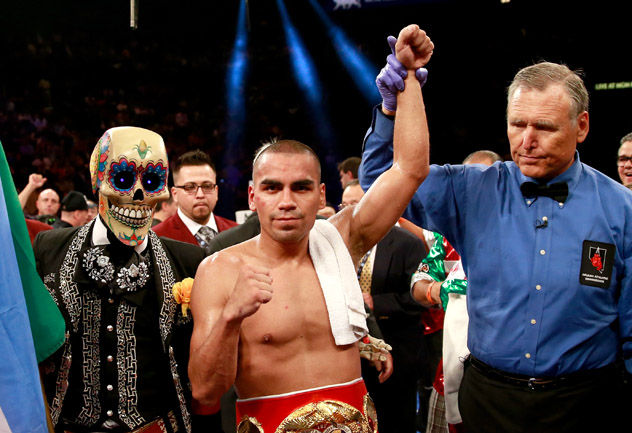 A deal has been reached for a fight between IBF junior middleweight titleholder Carlos Molina and mandatory challenger Cornelius Bundrage that will take place in Cancun on or before Sept. 6, the promoters of both fighters informed RingTV.com on Tuesday.

An official at the IBF's office informed RingTV.com that a purse bid scheduled for Tuesday was canceled after the agreement was reached between Leon Margules of Warriors Boxing, who promotes Molina (22-5-2, 6 knockouts), and Bill Waller, the advisor to Bundrage (33-5, 19 KOs).

"We just reached an agreement to co-promote the fight in Cancun within the next 90 days," said Margules, of the Sept. 6 date mentioned by Waller. "That's what we're trying to shoot for but it's not final. Carlos is very excited and he wants to get back into the ring as soon as he can."

IBF President Daryl Peoples and IBF Championships Chairman Lindsey Tucker are in route from Cancun, where they were meeting with WBC President Mauricio Sulaiman and WBA Vice President Gilberto Mendoza Jr., and could not be reached for an immediate comment.

"A couple of things were very important. It wasn't about the money, although we were able to increase that, but it was about the location. We wanted it to be in a place conducive to tourism, so if we wanted to invite the Governor of Michigan or other dignitaries," said Waller.

"So we were able to come to an agreement with Warriors Boxing promotional company and Leon Margules, and we decided on Cancun. So the fight will take place on or not later than Sept. 6 because we have to work out the television situation…I'm happy to say that Leon was very understanding and that he was cool."

Last month, Tucker said "a majority vote" of the IBF's board denied a request by the Molina's handlers for an exception to face unbeaten Jermall Charlo instead of ex-beltholder Bundrage. Tucker said, at the time, the parties had until June 9 to reach an agreement before the purse bid was ordered and the likely Sept. 24 date of the fight mandated.

After two months of incarceration, Molina, 31, was released earlier this month, signed with powerful advisor Al Haymon and was training in Mexico City for what Margules hoped would be "a big fight" in July, either against the 24-year-old Charlo or the 41-year-old Bundrage.

Molina was arrested in Las Vegas on March 4, just four days before he was to defend against Charlo, for a 2007 warrant in Wisconsin for failing to register as a sex offender in that state. A Mexican citizen who also had immigration issues that prevented him from staying in the U.S., Molina won his belt by dethroning Ishe Smith last September.

Margules still is attempting to sort out the immigration issues for Molina, originally from Michoacán, Mexico.

"We're have no problem with it being in Mexico and we'll do the best that we can," said Margules. "We just made the deal yesterday, so we don't have a venue but we're working on that. We know that we get to defend our title and that's the most important thing. Now, I have to go to work."