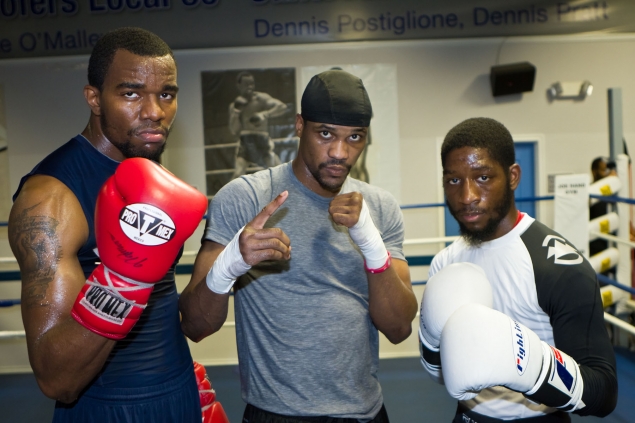 "Two years late for work, but it's better late than never," said Jones. "I'm excited to be back in action. I can't wait to show the fans something special."

Since falling to Bailey, Jones has relocated to Henderson, Nevada, near Las Vegas, and has been working with a variety of trainers, including Floyd Mayweather Sr., Eddie Mustafa Muhammad and Miguel Diaz.

"I've always stayed in shape," said Jones. "I've been ready to fight for some time, but I didn't like the terms. I cannot wait forever."

For his fight with Bailey, Jones had requested eight-ounce gloves, contending that he wanted to face the very best of then-37-year-old fighter who is known for his powerful, lights-out right hand.

Bailey was trailing by four, six and eight points on the judges' cards and being outboxed when he dropped Jones with right hands in the 10th and 11th rounds, the second time for good.

Jones attempted to rise, but fell face-first back to the canvas before referee Tony Weeks waved an end to the fight at 2:52.

"This is a terrific opportunity for me. It's a big step up, but I'm excited to test myself at the next level. Mike Jones is one of the best in the world at 147 pounds," said Herrera, who is from Franklin Park, Illinois.

"I need to prove to myself and to others out there that I can compete at that level. We've been asking for this fight ever since we heard Mike was fighting again, and now it's here. I'm looking forward to the challenge."

BRANDON RIOS IN 'DO OR DIE' FIGHT WITH DIEGO CHAVES

Brandon Rios will face once-beaten welterweight Diego Chaves in "a do or die" fight on Aug. 2 at the Cosmopolitan of Las Vegas. Undefeated junior welterweights Jessie Vargas and Anton Novikov fight one another on the undercard, Top Rank Promotions officially announced on Wednesday.

Over the course of his past three fights, Rios (31-2-1, 23 KOs) stopped 140-pounder Mike Alvarado in the seventh round, lost to Alvarado by unanimous decision in their rematch and fell by unanimous decision to Manny Pacquiao in his 147-pound debut last November. Rios failed the post-fight drug test after losing to Pacquiao and was suspended for five months.

"This is a do or die fight for me," said Rios. "I know this fight is very important for my career. I am training extremely hard."

Chaves (23-1, 19 KOs) had knocked out five consecutive opponents before a 10th-round stoppage loss to Keith Thurman in July. He rebounded with a third-round technical knockout of Juan Alberto Godoy in February.

Vargas defeated Khabib Allakhverdiev by a disputed decision on the undercard of Pacquiao's rematch with Tim Bradley in April. Novikov, 26, is coming off a unanimous decision over Javier Castro last month.

"I cannot wait to be in the ring and perform in front of my hometown crowd," said Vargas. "I am very happy that my first world title defense will be in my hometown and that my friends, family and fans will all be part of it."

Kovalev is coming off a seventh-round knockout of previously unbeaten Cedric Agnew in March. Kovalev scored three knockdowns during his win over Agnew, which followed a second-round knockout of Ismayl Sillakh in November.

Kovalev is 12-0-1 (with 12 knockouts) in his past 13 fights, including a fourth-round stoppage that dethroned the previously unbeaten Nathan Cleverly in August 2013.

Caparello's past two wins have been unanimous decisions over Allan Green and Elvir Muriqi in October and January, respectively.

Former title challenger Jerry Belmontes (19-4, 5 KOs) will return to the ring on Aug. 7 at The American Bank Center in his native Corpus Christie against Abner Cotto (17-2, 8 KOs) on FOX Sports 1 and FOX Deportes' on a Golden Boy Live! show, the company announced on Wednesday.

In other bouts, junior welterweight KeAndre Gibson (10-0-1, 5 KOs) will be matched against an opponent to be determined, and Oscar Cantu (7-0, 1 KO) will fight bantamweight rival Joseph Rios (13-9-2, 4 KOs) in separate televised fights.

Belmontes was last in action for a split-decision loss to WBC beltholder Omar Figueroa in April, and Cotto, the cousin of RING and WBC middleweight champion Miguel Cotto, for a unanimous decision loss to Francisco Vargas in March. Both Figueroa and Vargas ard undefeated.