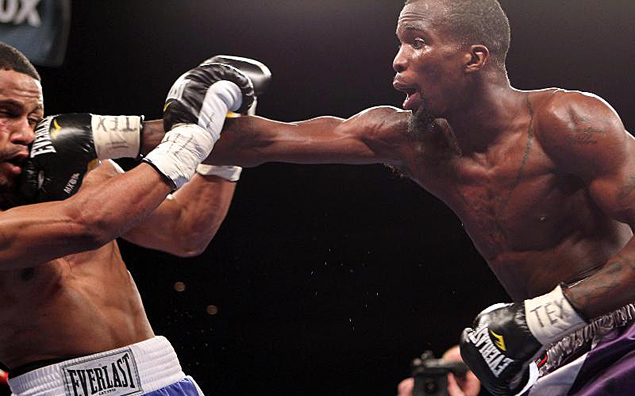 Junior middleweight contender Willie Nelson, who is coming off Saturday night's first-round knockout of Darryl Cunningham on the Cotto-Martinez undercard, has signed a managerial agreement with Cameron Dunkin, Dunkin announced on Sunday.

A 27-year-old boxer-puncher from Cleveland, Ohio, Nelson rose to 21-1-1 with 12 knockouts following the victory over Cunningham.

"I feel like Cameron is the missing piece in my team," said Nelson, who is trained by Jack Loew in Youngstown, Ohio. "He’s the person that can get me the fights and exposure I need to move forward in my career."

Nelson won for the sixth straight time and scored his third stoppage during that run against Cunningham, having last his only fight by majority decision to Vincent Arroyo in April 2011.

The loss to Arroyo ended a previous six fight winning streak that had included four knockouts for Nelson, who had battled to a draw with Antonio Johnson in December 2008 before going on the tear.

"I'm very happy with this signing. Jack Loew is a tremendous trainer, and, in my opinion, underrated trainer. He did a great job with Kelly Pavlik, and he's doing a great job with Willie," said Dunkin.

"Willie has the potential to beat any junior middleweight in the world. He's a really good boxer, a really good puncher, and shows a lot of heart. I'm really excited to be working with him."