Lem’s latest: Frank Galarza overcomes youth to fight for others 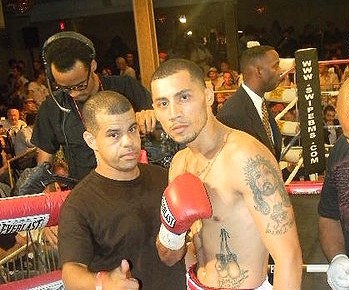 Junior middleweight Frank Galarza (13-0-2, 9 knockouts) will be after his fifth straight knockout against Sebastien Bouchard (8-0, 2 KOs) at Foxwoods Resort in Mashantucket, Conn., as part of Friday night's doubleheader on Showtime's ShoBox: The New Generation.

Click here for a video of Galarza's KO of Thompson

Galarza has lived without biological parents since an early age when his father died from complications from a gunshot wound when he was seven years old. His mother died of an overdose just two years later.

Raised by his aunt and uncle, Galarza found boxing as a safe haven as a teenager but had only 11 amateur fights before giving up on the "Sweet Science" around the age of 18. Left without boxing as a motivator, Galarza ended up homeless and resorted to selling drugs on the street.

After four or five years away from the ring, Galarza returned to boxing in 2010 and won the New York Golden Gloves. A promising undefeated prospect, Galarza now runs a youth organization entitled "Youth Fighting Forward" at the Starrett City Boxing Gym in Brooklyn that uses boxing as a way to help kids who are affected by crime and violence.

The event will be broadcast live, beginning at 10:30 p.m., this after doors open at 7 p.m. with the first bout tentatively scheduled for 8.