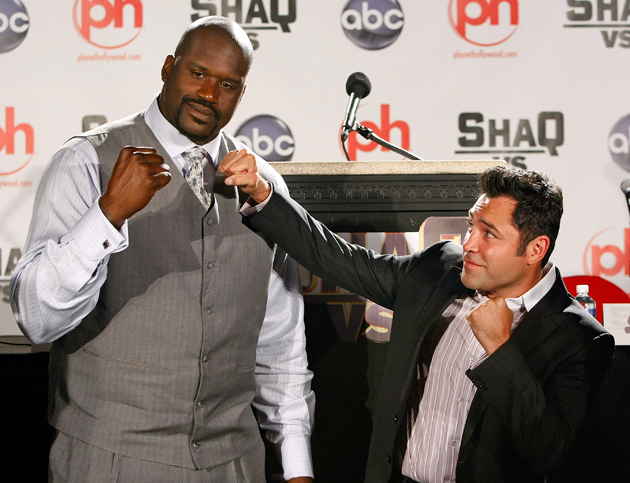 Golden Boy Promotions President Oscar De La Hoya has expressed the desire to purchase the Los Angeles Clippers in the wake of owner Dan Sterling's having been banned for life by NBA commissioner Adam Silver.

"The league has made it known that it wants more minorities involved, and as a proud Mexican-American, I will bring a different perspective to the NBA in general, and the Clippers in particular," said De La Hoya.

"I was born and raised in Los Angeles, I know what it takes to run a successful sports entity and nothing would make me happier than to bring an NBA Championship home to Southern California sports fans."

"I applaud NBA Commissioner Adam Silver for his quick and decisive action regarding in the Donald Sterling situation, and his forward thinking will push the league toward a positive future," said De La Hoya. "There is no room for racism and unfair treatment in any professional sport, or in life in general. I hope to be a part of positive change for the league."