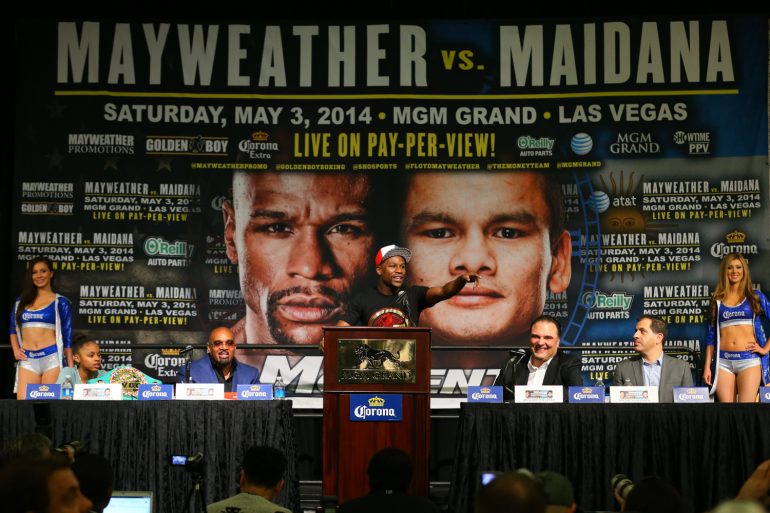 On Saturday at 9 p.m., ET/6 p.m. PT, Showtime will premiere the second of four 30-minute episodes of All Access: Mayweather vs. Maidana in advance of Floyd Mayweather Jr.'s May 3 defense of his RING and WBC welterweight championships against WBA counterpart Marcos Maidana on Showtime Pay-Per-View from the MGM Grand in Las Vegas.

Narrated by acclaimed character actor Barry Pepper of Saving Private Ryan and The Green Mile, the show will track the events leading up to the 37-year-old Mayweather (45-0, 26 knockouts) facing the hard-hitting Maidana (35-3, 31 KOs).

In addition, All Access Live, a new 30-minute program featuring a live sit-down interview with Mayweather and Maidana, will debut on Showtime on May 2 at 6:30 p.m., ET/3:30 p.m., PT, immediately following the live weigh-in that will happen at 6 p.m., ET/3 p.m., PT on Showtime.