In the May issue of THE RING: Why can’t Bradley connect with fans? 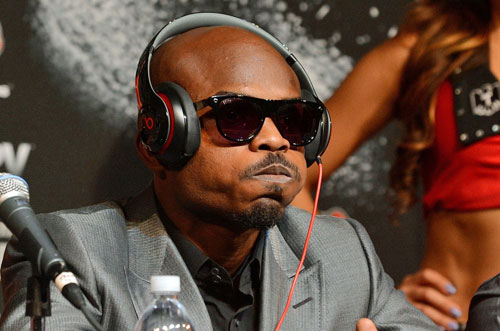 The May 2014 issue of THE RING Magazine, which is on newsstands now, includes a preview package of the Manny Pacquiao-Tim Bradley fight.

Timothy Bradley displayed such inspiring will and superior skill in his two wins over the past year that the unbeaten WBO welterweight titleholder should be one of boxing’s biggest stars.

The bravery Bradley demonstrated during his unanimous-decision victory over rugged Ruslan Provodnikov in March helped make their 12-round brawl one of the classic clashes of the 21st century. Bradley survived serious trouble in four separate rounds, including a knockdown late in the 12th, to win THE RING’s Fight of the Year and please slugfest-loving fans.

Then a less reckless Bradley boxed beautifully on his way to a decisive victory over Juan Manuel Marquez in their 12-round pay-per-view fight in October. Marquez was 40 but had knocked Manny Pacquiao unconscious in his previous fight and many experts expected him to beat Bradley, who suffered a severe concussion against Provodnikov.

As if those two wins weren’t enough evidence to build Bradley into one of boxing’s few transcendent stars, the native of Palm Springs, Calif., also embodies everything those who care about boxing should want in someone representing their sport. Charitable and humble, Bradley is a committed family man who helps his wife, Monica, raise their four children far away from the trappings of fame and wealth.

You’re much more likely to find him counseling kids at a YMCA than partying on TMZ, but Bradley (31-0, 12 KOs) still should do bigger business in boxing. Bradley isn’t considered a powerful puncher, but pound-for-pound king Floyd Mayweather Jr. isn’t a knockout artist, either, yet has become a superstar who commands a minimum of $30 million per fight.

The 30-year-old Bradley, who’s guaranteed a career-high $6 million purse for his April 12 rematch against Manny Pacquiao, doesn’t suggest he should make Mayweather money. He just doesn’t quite understand why all his accomplishments haven’t resonated with fans.

To read the rest of this story and other articles in the May 2014 issue of THE RING Magazine, please purchase the issue or subscribe to the magazine — both the print and digital versions — by clicking here. The current issue of the magazine also is available on newsstands.To find a newsstand that carries THE RING, go to www.wheresmymagazine.com.