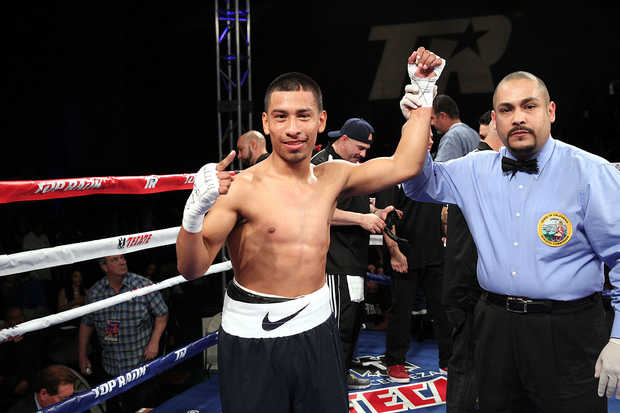 LAS VEGAS — Top rated amateur bantamweight Gary Salazar has signed with Top Rank Promotions and will pursue his third straight knockout win on Friday in advance of Saturday's rematch at the MGM Grand Garden Arena between Manny Pacquiao and Tim Bradley, who dethroned Pacquiao as WBO welterweight beltholder in June 2012.

"We are very excited about Gary signing with Top Rank," said Top Rank CEO Bob Arum of Salazar (2-0, 2 KOs), a 19-year-old resident of Fresno, Calif., who was being targeted for the 2012 Olympics in Rio.

Salazar has stopped each of his opponents in the first round including Carlos Gonazlez in February and will be on an ESPN2 Friday Night Fights boxing card at the Mandalay Bay Resort and Casino.

"Gary is one of the brightest prospects in California and a big ticket seller in his hometown of Fresno," said Hall of Fame matchmaker Bruce Trampler of Top Rank.

Salazar was 150-19 as an amateur and was a 12-time national champion who won gold medals at the 2012 National PAL and the 2011 Junior Olympics. He is managed by Saul Lomas and his advisor is Rick Mirigian.

"It's been my dream since I put the gloves on to be signed by Top Rank. I'm blessed for this opportunity," said Salazar. "I had other offers but I knew Top Rank was the right company to help guide me to a world title."