Lem’s latest: Erislandy Lara to fight Ishe Smith on May 2 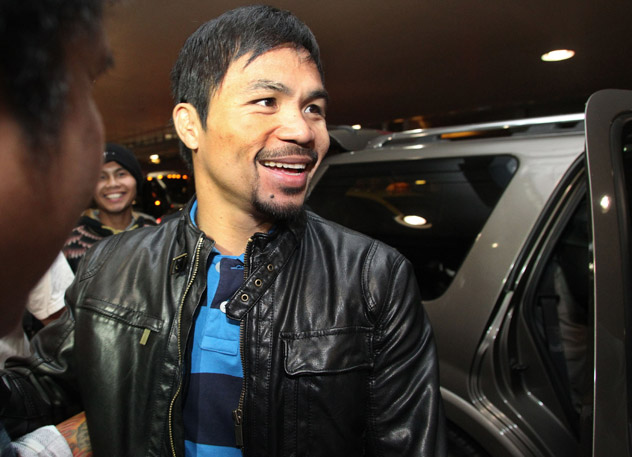 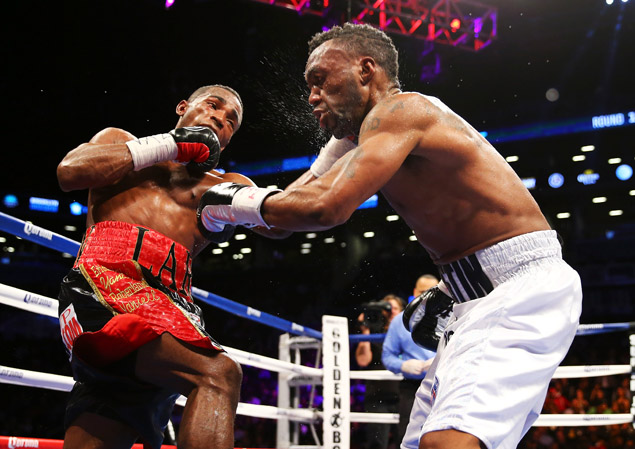 Once-beaten southpaw Erislandy Lara will fight ex-beltholder Ishe Smith in a junior middleweight bout on May 2 on Fox Sports 1 at the Hard Rock Hotel and Casino in Las Vegas, according to Golden Boy Promotions CEO Richard Schaefer.

Lara (19-1-2, 12 knockdowns), who turns 31 next month, will face the 35-year-old Smith (25-6, 11 KOs) the night before Floyd Mayweather Jr. defends his RING, WBC and WBA (the latter of which is deemed the "super" variety) welterweight championships against WBA counterpart Marcos Maidana at the MGM Grand in Las Vegas on Showtime Pay Per View.

In his last fight in December, Lara scored an 11th-round knockdown during a one-sided unanimous decision win over fellow leftie Austin Trout. Before defeating Trout, Lara rose from knockdowns in the fourth and ninth rounds of a 10th-round stoppage of Alfredo Angulo last June.

Lara is attempting to set up a showdown with former RING 154-pound champion Saul "Canelo" Alvarez, who rebounded from last September's majority decision loss to Mayweather with a 10th-round knockout of Angulo on March 8. Alvarez also dropped Trout in the seventh round of a unanimous decision victory last April.

Smith was last in the ring for September's split decision loss to Carlos Molina, who earned the IBF belt Smith had won from Cornelius Bundrage by majority decision in February 2013.

Schaefer confirmed an earlier report by RingTV.com that three-division titlewinner Adrien Broner will face Carlos Molina (not the IBF's aforementioned 154-pound titleholder) in a 140-pound bout and unbeaten middleweight J'Leon Love will fight Marco Antonio Periban on the Mayweather-Maidana card.

The fights are "all done," Schaefer wrote in an email to RingTV.com.

Schaefer had announced earlier on Monday that a deal had been completed for Amir Khan to face bellow former beltholder Luis Collazo in a welterweight bout in support of Mayweather-Maidana.

ALSO ON THE MAYWEATHER-MAIDANA CARD

Cornelius Bundrage (33-5, 19 KOs) appears to be in line to regain his IBF belt, according to IBF Championships Chairman Lindsey Tucker. The jailed Molina has until June to make the mandatory defense of his belt or risk being stripped.

Molina was arrested earlier this month and remains in a federal immigration holding cell at the Clark County Detention Center in Las Vegas. His detainment forced the cancelation of his scheduled March 8 defense, which was optional, against Jermall Charlo.

"This was an optional defense. When it comes time to do the mandatory, if he is still unavailable, then it becomes a problem," said Tucker during a March 7 interview with RingTV.com. "He beat Ishe Smith on September 14 and we will notify him on April 14 and then his mandatory is due on June 14."

A Mexican-born fighter who lives in Chicago, Molina is wanted in Wisconsin for obstruction and failing to register as a sex offender, according to a Clark County Detention Center spokesperson.

U.S. immigration officials told The Associated Press Molina was deported in 2006 and could be removed once again in the wake of his arrest. Molina has nine months from September, when he dethroned Ishe Smith, to defend his title, according to Tucker.

"If for some reason Molina is unavailable, then Cornelius Bundrage, as the mandatory, would fight whoever the next leading available contender is. Right now, Bundrage is the mandatory. We're just waiting for April 14 to come around to send a letter to Molina to let him know that he has to start negotiations with Bundrage. Now, the champion always has two options and I don't know if either one of these is going to happen," said Tucker.

"But Molina could always come back and say, 'We want to fight the WBA or the WBC or the WBO junior middleweight champion in a unification fight. That would have to be approved but if it is, that would take priority over the mandatory. The other thing is that Molina could come to the board and ask for an exception and if the board granted the exception, then he could fight somebody other than Bundrage but then again, with the condition that the winner would next face Bundrage."

Bundrage entered the bout against Smith after having scored a seventh-round stoppage of Cory Spinks in June 2012. The bout with Spinks was a rematch for Bundrage, who originally dethroned Spinks by fifth-round stoppage in August of 2010.

The Joshua Clottey-Anthony Mundine junior middleweight bout has been delayed from its original date of April 2 to April 9 to allow Clottey to secure a visa, Clottey's promoter, Joe DeGuardia, of Star Boxing, informed ESPN.com on Monday.

Slated to face Mundine (46-5, 27 KOs) at the Entertainment Centre in New South Wales, Australia, Clottey (37-4, 22 KOs), of Bronx, N.Y., has fought just twice since losing to Manny Pacquiao in March 2010. The 36-year-old has blamed promoter and managerial issues on his lack of activity.

Mundine is coming off a stoppage victory over "Sugar" Shane Mosley and will enjoy home-field advantage against Clottey.