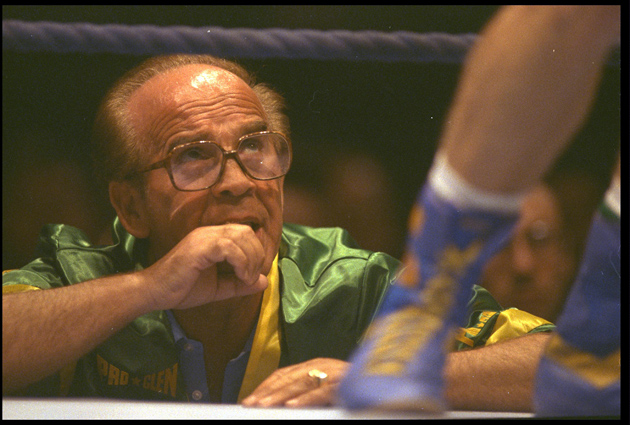 Mickey Duff, Britain's most prominent boxing promoter between 1965 and the early 1980s, has died at the age of 84. Duff was a former boxer, manager and promoter.

Born in 1929 as Monek Prager in Kraków, Poland, Duff's parents emigrated to England in the late 1930s during the rise of the Nazi Party. He began boxing aged 15, and retired four years later. After a brief career as a salesman, Duff went into boxing as a manager and promoter.

He was involved with a succession of world champions and shaped the careers of many world class British fighters, including Frank Bruno, John Conteh, Terry Downes, Lloyd Honeyghan, Maurice Hope, Charlie Magri, Alan Minter, John H Stracey, Jim Watt and Howard Winstone, and later the early careers of Joe Calzaghe and that of Michael Watson. Watson later went to court to fight Duff being both his manager and promoter.

Click here to read the full story by Gareth A Davies, boxing correspondent for The Telegraph.