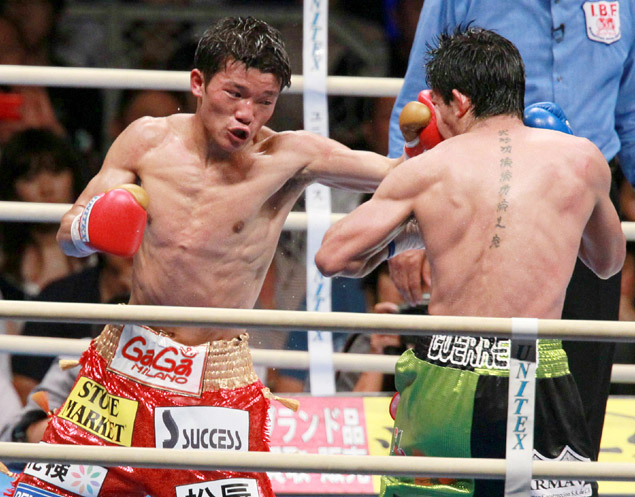 South Africa's Zolani Tete and Japan's Teiru Kinoshita are likely to be named to fight for the IBF junior bantamweight title vacated by Daiki Kameda of Japan on Wednesday, according to IBF Championships Chairman Lindsey Tucker.

The 25-year-old Kameda (29-4, 18 KOs) was last in the ring for December's split decision loss to Liborio Solis, who lost his WBA belt at the scales after failing to make the 115-pound limit. Kameda was not stripped of his IBF title, howeverm because he was fighting an overweight challenger as per organization rules.

"Under our rules, he didn't do anything wrong," said Tucker.

On Wednesday, however, Kameda also relinquished his belt, attributing his decision to his own difficulties in continuing to make the division limit.

"I intend to give up the IBF belt. There are many strong boxers in Miami [where Kameda is going for training]. I want to engage in boxing from scratch again," said Kameda, according to The AFP.

"The reason I lost is that I was weak. I must admit this. I want to become a much stronger boxer. I must apologise to my fans and to the public for causing a big commotion."

Tete and Kinoshita are rated numbers one and three, respectively, in the IBF's rating. If either is unavailable to fight for the title, then fourth-rated Arthur Villanueva would be next in line, according to Tucker.