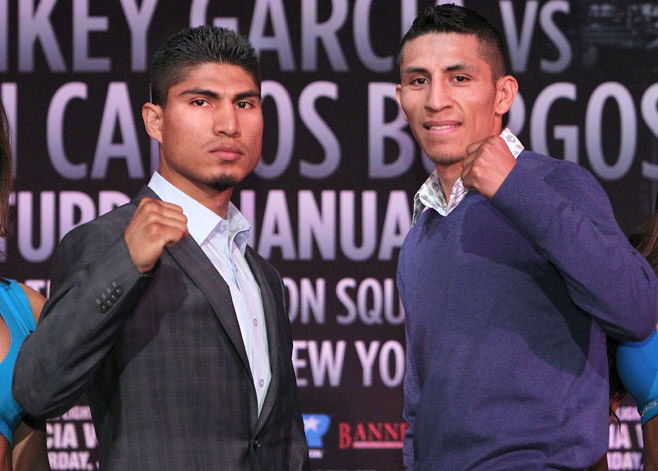 The fight was close until early in the third round, when Garcia (34-0, 28 knockouts) hurt Burgos with a straight right. After that, Burgos (30-2-2, 20 KOs) fought tentatively – apparently happy to survive – and Garcia took firm control of the fight.

Burgos’ best moment was a hard left hook that rocked Garcia toward the end of the second round but he failed to build on that in any way.

Garcia went the distance for the first time since 2010.

Burgos has now failed in three attempts to win a major world title. He fought to a disputed draw against then-WBO 130-pound champ Rocky Martinez in January of last year, after which Garcia stopped Martinez to take the title.