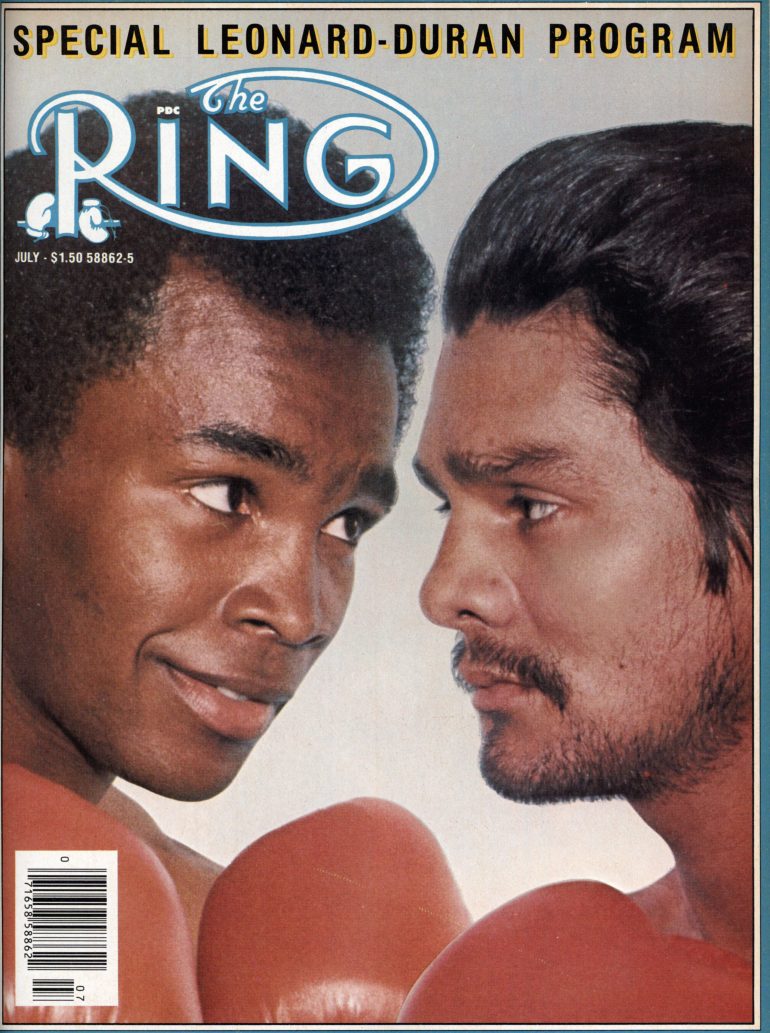 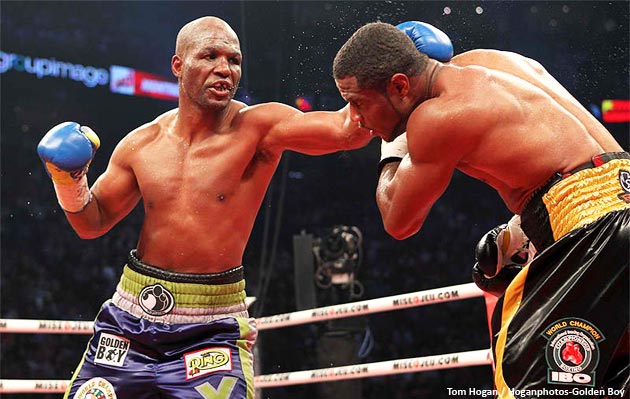 Bernard Hopkins lands a left en route to outpointing Jean Pascal for THE RING/WBC light heavyweight titles on May 21, 2011, at the Bell Centre in Montreal. With the close unanimous decision, Hopkins broke George Foreman's record of being the oldest boxer to hold a major world title.

In life, dreams are difficult to achieve. In boxing, dream fights are even harder to make.

For years Jean Pascal vs. Lucian Bute has been the fight in Canadian circles, and for good reason. Although neither are Canadian natives, the Haitian-born Pascal and the Romanian import Bute crafted highly successful careers while also assimilating into Quebecois culture. That formula has paid off handsomely, as the large crowds they've drawn throughout the province prove.

The anticipation for Pascal-Bute soared in August 2010 when Pascal won Chad Dawson's RING light heavyweight title via cut-induced technical decision, which occurred four months after Bute scorched Edison Miranda in four rounds to retain his IBF light heavyweight belt for the fifth time. Many observers salivated at the prospect of Bute moving up to seek a second crown against a fighter with Pascal's athleticism, but it was not to be.

Pascal drew with and then lost the title to Bernard Hopkins while Bute continued his merry way at 168 pounds by beating Jesse Brinkley (KO 9), Brian Magee (KO 10), Jean Paul Mendy (KO 4) and Glen Johnson (W 12). In May 2012, more than a few experts picked Bute to beat the recently dethroned Carl Froch in Froch's hometown of Nottingham but “The Cobra's” venom proved fatal to Bute's reign as he scored a dominant fifth-round TKO.

After that, Bute struggled at times before out-pointing the 12-0-1 Denis Grachev while Pascal overcame a chronic shoulder injury to decision Alexsy Kuziemski . Last March it was announced that Pascal-Bute had been agreed to and a time later a May 25 date was announced. But all hopes were dashed two weeks before the fight when a Bute injury necessitated surgery on his left hand. Because of that Bute, who will turn 34 next month, hasn't fought since November 2012 while the 31-year-old Pascal has had only one fight since December 2012, an impressive dismantling of George Blades this past September.

Critics will say, perhaps with justification, that Pascal-Bute should have been staged three years ago when both were at their respective peaks in terms of marketing power and physical skills. But that didn't stop "better late than never" showdowns between Marvelous Marvin Hagler-Sugar Ray Leonard and Lennox Lewis-Mike Tyson from generating huge profits and the same probably will hold true for Pascal-Bute, which will be witnessed by a highly-charged – and likely capacity – crowd at Montreal's Bell Centre.

In recent years Montreal has established itself as a force in North American boxing by conducting sporadic but highly attractive shows in terms of matchmaking and arena atmospherics. But the current run of success is merely an extension of the city's rich boxing history, which goes back to the late 19th century.

But of all the fights staged in Montreal, a select few stand out in terms of story line, historical significance and in-ring action. Ten such bouts will be profiled and while some may boast more historical impact than others they all share the traits that make boxing such a magnetic spectacle.

They counted him out before meeting Felix Trinidad, Antonio Tarver and Kelly Pavlik and each time "The Executioner" not only walked out a winner but a decisive one. They doubted his chances six months earlier when the 45-year-old traveled to Montreal to challenge RING and WBC light heavyweight champ Jean Pascal and in the first four rounds they finally seemed to be correct as Pascal scored two knockdowns, the first multiple knockdown fight for “B-Hop” since Segundo Mercado turned the trick 16 years earlier. But over the final eight heats Hopkins turned back the clock and stormed his way back into the fight with his trademark guile. In the end, those same experts who doubted him beforehand declared he had been unjustly denied yet another major championship.

The outcry over the decision spawned this rematch, which for Hopkins carried stakes of great consequence. A victory would allow him – by 192 days – to surpass George Foreman as the oldest man ever to win a major boxing championship.  Besides Hopkins' advanced age, two more factors made his task even more difficult. First, the 28-year-old Pascal was at his physical peak and second, the inherent difficulty of winning a title in the defending champion's back yard.

The pre-fight vitriol was intense and, at times, deeply personal. Hopkins chided Pascal as a four-round fighter while the defending champion appeared to touch a nerve – and definitely ignited a scuffle – by accusing Hopkins of steroid use during the final press conference.

Hopkins also had atypical difficulty making the championship limit as three trips were required before hitting 174¾ while Pascal hit that weight on his first try.

As was the case in their first meeting, Pascal started strongly as several well-timed bursts allowed him to win four of the first five rounds. A big right seriously stunned Hopkins in round four while a Pascal hook and left uppercut scored heavily in the fifth.

Hopkins began the turn the tide in the sixth when he combined sharper long-distance punching with an array of rough-housing tactics. He banged two hard kidney punches in a clinch, executed a spin-and-hit maneuver, managed to thumb Pascal's eye with a jab and deftly used his head and shoulders to bully and disorient the younger man. He also landed plenty of clean, legal punches that only added to Pascal's discomfort and at round's end he fixed a hard stare that prompted the rattled Pascal to bark at him. The final stroke of psychological genius came when, during a time-out just before the start of round seven, Hopkins executed five perfect push-ups just to show how fresh he remained.

Pascal's youth was no match for Hopkins' mastery of the sport's nuances. Hopkins was clearly in control for the rest of the fight save for one home-run right that shook Hopkins midway through the final round. The old man not only survived until the bell, he ended up finishing stronger.

The mind games continued even after the fight, for as they waited for the decision to be announced Hopkins did four more push-ups while Pascal tried to top him by doing a few of the one-armed variety.

One would think such a victory would be a fantastic way to end one's career. Then again, B-Hop's entire sporting life has been one of exceeding expectations.

He ended the interview with this nugget: “I will not retire until I get close to 50.” So far, so good.