Canelo Alvarez will share card with brother Ricardo on March 8 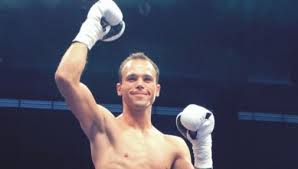 “There was no pressure," said Ricardo following the fight, which took place in December on the undercard of Adrien Broner-Marcos Maidana. "I’m glad that my brother came here to support me, and to be with his family.

“I’m generally happy with my performance. I came out victorious. But I certainly think that there are things that I can improve on. Of course, I would like to fight here again.”

Alvarez entered the ring with a heavy heart in the wake of camp member and former titleholder Javier “Chatito” Jauregui’s death.

“This was hard to do, because he was a really close friend. This was a tough week for us. We’ve known him forever, it seems, ever since we first started boxing,” said Ricardo.

On March 8, the Alvarez siblings will go a step further when they share the same card at the MGM Grand in Las Vegas, the site of Canelo's first career loss, to Floyd Mayweather Jr. in September.

Also, ex-beltholder Jorge Linares (35-3, 23 KOs) could be matched in a lightweight bout against Japan's Nihito Arakawa (24-3-1, 16 KOs), the latter of whom rose from the canvas twice during a brutal unanimous decision loss to Figueroa in April.

Canelo Alvarez shared his enthusiasm for the opportunity during a Friday press conference in Guadalajara, Mexico, through quotes provided by Golden Boy's Ramiro Gonzalez.

"I'm motivated to return to Las Vegas against a tough opponent who is ready for anything," said Canelo, "and also to share with my brother Ricardo who will seek a world title that night at the MGM Grand Garden Arena in Las Vegas [Editor’s note: The fight is for the WBC’s interim lightweight belt; THE RING does not recognize interim belts as world titles.]."