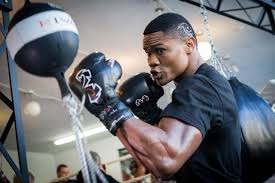 Alvarez (13-0, 8 knockouts) was to face Oosthuizen (22-0-2, 13 KOs) in a televised matchup before the South African was injured during a motorcycle accident .

Promoter Yvon Michel said Alvarez-Gardiner will be contested at 178 pounds.

Alvarez was last in the ring for a unanimous decision over Edison Miranda in September, and Gardiner (10-0, 6 KOs), a 6-foot tall resident of Ottawa, Canada, is coming off of his third consecutive stoppage win, a third-round KO over Daniel Regi in October.

In his last fight, in September, Pascal (28-2-1, 17 KOs) came up with a fifth-round knockout of George Blades in a 180-pound catchweight bout, having previously been in action for a unanimous-decision over Aleksy Kuziemski. Before facing Kuziemski, Pascal lost his RING/WBC light heavyweight titles to Bernard Hopkins in May of 2011.

Perez is coming off a November's 10-round unanimous decision that left Magomed “Mago” Abdusalamov in a medically induced coma, although Abdusalamov has since come out of it and began rehabilitation last month at the Helen Hayes Hospital in West Haverstraw, N.Y.