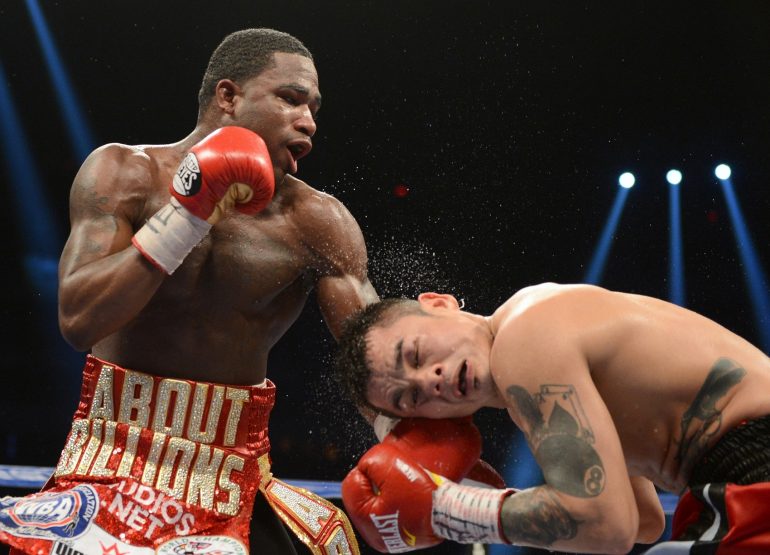 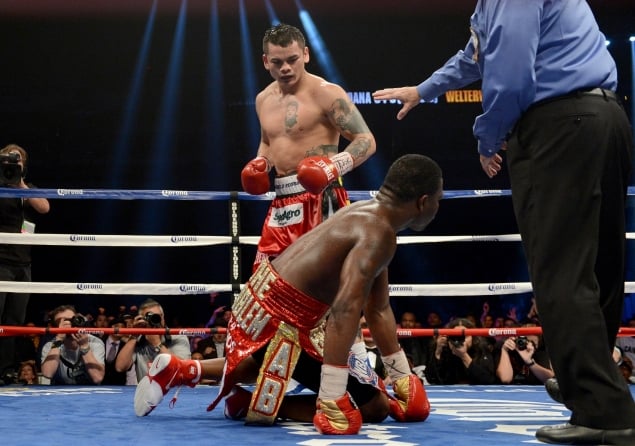 Adrien “The Problem” Broner will get his requested rematch with Marcos Maidana, who dropped Broner twice en route to a unanimous decision victory that earned the Argentine slugger the WBA welterweight title on Dec. 14 in San Antonio.

Their second fight will happen at either The Alamodome, where the first bout took place, or the StubHub Center in Carson, Calif., which was a sellout for Maidana's sixth-round stoppage of Josesito Lopez in June of last year.

"I will evaluate both venues," Schaefer said.

"Broner exercised his rematch option today," said Schaefer of Broner, who was in only his second fight in the 147-pound division after having jumped two weight classes. "We have informed Maidana and will now work with Showtime and the two teams on getting a date locked in. I am looking right now at two dates, April 19 and April 26. Both of which are Showtime Championship Boxing dates."

Maidana won his fourth straight fight during a run that had included three knockouts since having fallen by one-sided unanimous decision loss to Devon Alexander in his 147-pound debut in February of last year. Like Broner, Maidana is advised by Al Haymon.

"The only thing that we know is what Al Haymon said to Maidana, and that is that Maidana has earned the right to fight for big money," said Maidana's manager, Sebastian Contursi, adding that Maidana earned $750,000 for the first bout.

"So if they think that the Broner rematch is the best option, then we can discuss it. We are open to anything. A rematch makes sense. Maidana is an entertaining fighter who has been involved in Fight of The Year candidates like the ones with Amir Khan, Victor Ortiz and Erik Morales."

A bloody-nosed Broner requested Maidana "in my next fight” during his post-bout interview with Showtime’s Barry Tompkins in the locker room. Broner re-iterated his desire this week on his Twitter account.,

"I give props when it's due, and @ChinoMaidana out-hustled me that night. But this rematch will be different," wrote Broner, who did not have a rematch clause, on Thursday. "Y'all bout to see me back in the ring in some weeks….. And I ain't fighting nobody until I fight @ChinoMaidana again…I'm a warrior."

Broner's performance won praise from his mentor and No. 1-ranked pound-for-pound boxer, Floyd Mayweather Jr., who suggested that the 24-year-old's "fight with Maidana should be nothing but a minor setback for a major comeback." Still, Mayweather has advised against Broner fighting Maidana immediately.

"We saw what Broner, himself, tweeted. I'm a little surprised that he didn't follow Floyd Mayweather's suggestion to forget about Maidana," said Contursi. "But, you know, we're open to hear some offers from Al Haymon and from Golden Boy."