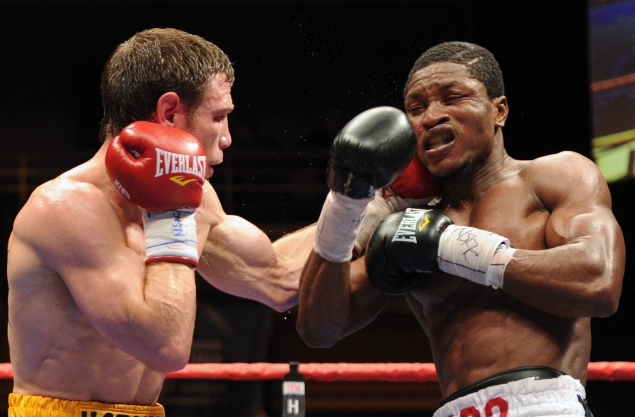 Former lightweight title challenger Michael Katsidis, who announced his retirement at the age of 32 in February of 2013, has reunited with former manager and trainer Brendon Smith for an apparent comeback in March, according to reports.

Nicknamed, "The Great," and known for his warrior mentality, Katsidis (28-6, 23 knockouts) has not fought since April of 2012 when he lost by majority decision to Albert Mensah.

The 33-year-old Australian veteran earned interim WBO belts with a fifth-round stoppage over Graham Earl in February of 2007 and a split-decision over Vicente Escobedo in September of 2009.

One of Katsidis' biggest victories was a third-round stoppage of England's Kevin Mitchell, who entered their bout with a mark of 31-0 that included 23 KOs, in May of 2010.

Katsidis had lost exciting decisions to ex-beltholders Juan Diaz, Robert Guerrero and Ricky Burns, and was stopped in the ninth and 10th rounds by titleholders Juan Manuel Marquez and Joel Casamayor, respectively.

According to reports, the decision to retire came after unfavorable results in medical tests given before what would have been a Feb. 21 bout against Weng Haya.

Katsidis has won once in his past five bouts, scoring a third-round knockout of Michael Lozada in August of 2011. Since then, however, Katsidis has lost by unanimous and majority decision to Burns in November of 2011 and to Mensah.

The ninth-round knockout loss to Marquez, whom Katsidis dropped in the second round in November of 2010, came a month after the death of his 31-year-old brother, Stathi Katsidis, a champion jockey in Australia who suffocated on Oct. 19 after a drinking session that proved more than his tiny body could handle.