RingTV poll: Broner should move down to junior welterweight 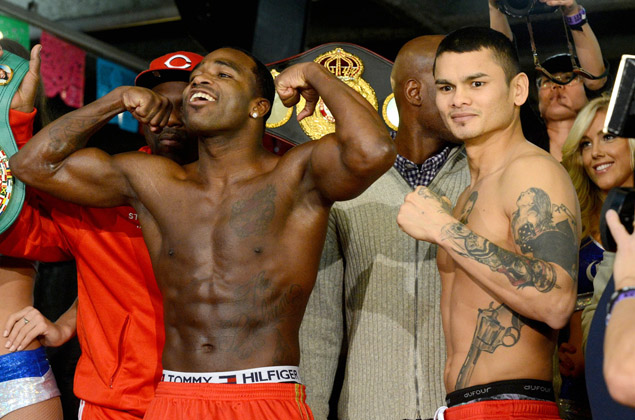 Fans who took part in a recent RingTV.com poll believe that Adrien Broner's best bet is to move down to the junior welterweight division after suffering his first pro loss against Marcos Maidana at welterweight. Broner has held major titles at junior lightweight, lightweight and welterweight.

However, while the brash American was dominant at 130 and 135 pounds, fans were not impressed with his form and effectiveness at 147 pounds, where he won the WBA title by edging out Paulie Malignaggi via split decision earlier this year and then lost a unanimous decision this month to Maidana, who dropped him twice during their physical fight.

Almost 40 percent (39.6) of more than 9,000 votes selected a move down to junior welterweight (the 140-pound division) as the best career play for Broner in the wake of his first loss. Some fans think Broner can salvage his rep at 147 pounds if he can beat Maidana in an immediate rematch, as 21.4 percent of the votes selected a return bout against his conqueror.

Some fans (13.7 percent) think a drop all the way back down to lightweight is the safest move for the 24-year-old boxing prodigy, while others want to see how he might fare against a different welterweight, such as IBF titleholder and fellow Ohioan Shawn Porter (10.2 percent).

However, most fans are interested in seeing if Broner can hang with the likes of RING 140-pound champ Danny Garcia and other junior welterweight standouts, such as Lucas Matthysse.