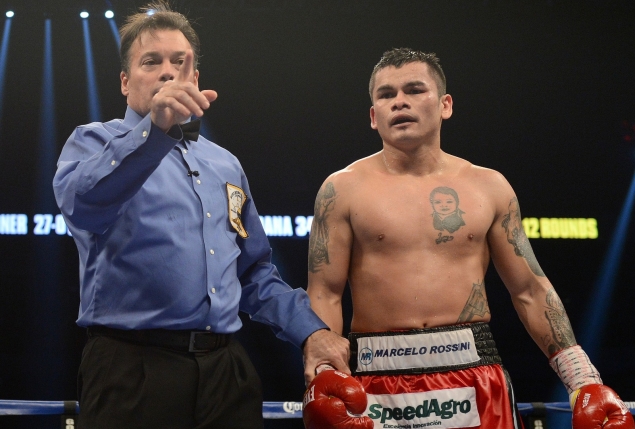 RingTV.com spoke to referee Laurence Cole in the wake of Marcos Maidana’s unanimous-decision win over Adrien Broner for the WBA welterweight title last Saturday at the Alamodome in San Antonio.

Maidana (35-3, 31 knockouts ) floored Broner (27-1, 22 KOs) in the second and eighth rounds over the course of what was a brutally physical bout which tested Cole’s decision-making on several fronts.

A Fight-of-the-Year candidate, Maidana-Broner was the 30th contest Cole has worked during 2013 and his second appearance in the ring on the night.

Other bouts Cole has worked in 2013 include Canelo Alvarez‘s unanimous decision over Austin Trout for the vacant RING junior middleweight championship and, on the same night in back-to-back fashion, both the ninth-round stoppage by Nonito Donaire over Vic Darchynian, and the eighth-round knockout by Mikey Garcia that dethroned Roman “Rocky” Martinez as WBO junior lightweight titleholder.

Cole allowed Maidana-Broner to be fought at an action-packed pace from start to finish, even as the matchup featured several potentially questionable tactics by each fighter.

RingTV.com: Is there anything over the course of the past few days since the fight that you thought was worth addressing about your role in the fight?

Laurence Cole: Ironically, there seems to be a lot of fans out there who are all mad at me because I didn’t take points away from Broner. I’ve gotten a random assortment. But they don’t know.

Those are the people who watch eight to 10 fights a year, and they think that they’re experts. They don’t understand that one foul causes a second foul.

RingTV.com: What do you mean by that?

The right effect has happened. Generally, I do things without grandstanding and trying to make it a deliberate issue in the fight and taking away from the fighters. Doing that, I’m involved in it, but hopefully no one notices what I’m doing.

RingTV.com: So you don’t want to be more of a factor in a fight so as not to disrupt the flow of the action?

LC: Agreed. And nothing aggravates me more than watching a sporting event and the referee gets over-involved in it. So if you’re watching a football game, and you’re a football fan, and you see that there are 20 penalties in a game, that drives you crazy. 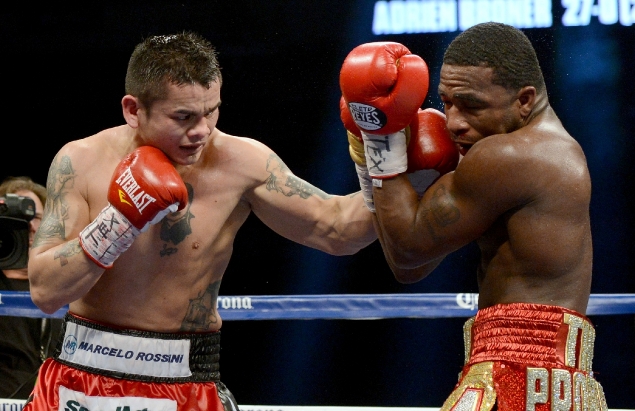 But they’re not watching the other guy doing what they’re doing to him. There’s nothing that you want to see worse than a play in football coming down to an interference call on the 3-yard line. Unless it is blatant.
You can go and make that call, but then you become a product of how that fight might or might not end. As the referee, you become part of that game, like in the 90th minute of a soccer game, you call a penalty kick in the box.
RingTV.com: Is there anything that you would do differently?

LC: I haven’t had an opportunity to watch the fight, but there are probably a few things that I might have done differently. I might have been a little more aggressive with the foul calling on both sides.

But I couldn’t get in the middle of the fighters sometimes where I could pull hands away like I normally do and let them work their way out.

So that was frustrating to me because the way that they were moving. They weren’t predictable in their movements. So that made it difficult in that aspect.

I don’t read a lot of publications because the bloggers don’t have any credibility because they can’t be held to a higher standard of journalism.

But in most of the ones that I saw, my name never came up in the article, and that’s what you want. You don’t want to be part of it.

RingTV.com: What were some of the complaints from Broner when he was talking to you during certain portions of the fight?

LC: Well, he was complaining about the way that Maidana was fighting. Maidana was hitting on the inside when they were being held by one another.

The way that Broner fights [is] he rolls his shoulders, and then he turns away. He can complain all that he wants to. Most fighters do at some level. Guys that are used to getting their calls their way. Basketball players do it on the court. If something happens, they’re going to complain to the ref that the guy hit him or the guy touched him.

That’s what he was trying to do, to get me to pay more attention to the other guy than to him, and to not pay attention to the parity of the fight and to make sure that I’m officiating on an equal playing field.

Obviously, Broner complained after he got hurt with the knockdown in the second round. He started to complain a little bit more.

He was trying to act cool, but he needed the time. At that point in time, though, Maidana hadn’t done a thing. If you want me to take points away, then look at what Broner did.

I should have taken points away from Adrien Broner for humping Marcos Maidana in the first round. I mean, he grabbed him by the hip and started humping him.

All of these people who are complaining, they’re only complaining about Broner and that I didn’t take more points from Maidana. They’re saying that I got money from Golden Boy and all of this stuff. They don’t see it both ways. 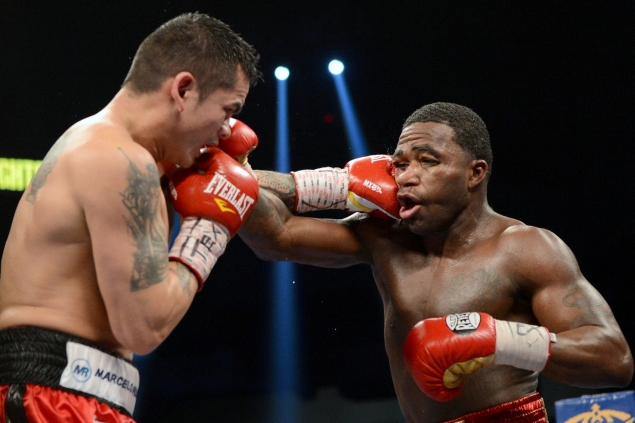 RingTV.com: Can you discuss the penalty against Maidana for the head butt in the eighth round?

LC: That was a flagrant and deliberate intention to hurt somebody outside of the rules of boxing.

So it was a foul, but it wasn’t a deductible point foul. It wasn’t a foul of malicious intent where Maidana had turned around and had walked away, and Broner hit him.

The intentional foul was the head butt. Both of them were fouls, and after both fouls, I took the fighters to see the doctor.

RingTV.com: Was there ever a moment where you considered stopping the fight?

LC: No. Neither fighter was in a position where they were hurt or injured or not able to compete at a high level. In the second round, he was okay.

By the time that I got to him after that knockdown, I tried to get Maidana to go to the neutral corner near the south side of the building, and he sprinted over to the other one.

So by the time I got that all straightened out, I don’t think that I picked up the count until five or six. So, by the time that I looked at Broner, he was conscious.

I asked him to walk toward me, no problem. He wasn’t showing any lingering effect. Now he did show it in the way that he fought.

He was obviously hurt, so he held and grabbed and tried to do all of that, which is being a smart fighter. When you’re hurt, you hold and grab and move and you try to get away from it.

So I thought that he did what was appropriate at the time, but I don’t think that he was ever hurt enough to stop the fight.