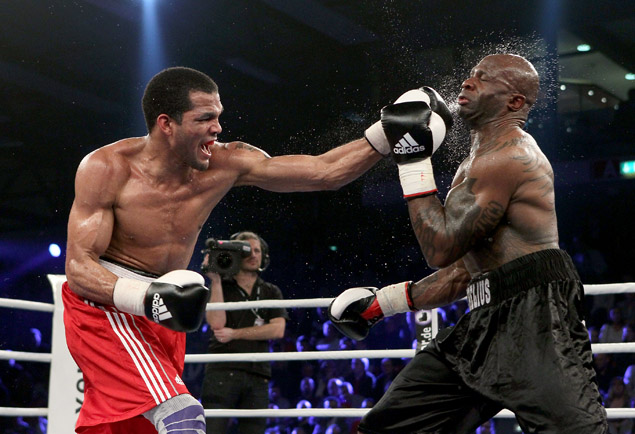 This Saturday marks the return to action of Yoan Pablo Hernandez. He will look to defend his IBF and RING Magazine cruiserweight titles against mandatory challenger Alexander Alekseev in Bamberg, Germany.

Hernandez recognizes what Alekseev brings to this fight but also sees weaknesses he intends to capitalize on, saying through Thomas Schlabe of Sauerland Events, “Obviously, he has decent power in both hands. Then again, he does have some defensive lapses, which I will expose to be victorious.”

It will be the first time the recently turned 29-year-old has fought since September of last year. A hand injury derailed plans to fight Eric Fields back in February, and since then Hernandez (27-1, 13 knockouts) has had to sit on the sidelines watching his fellow cruiserweights perform whilst rehabilitating.

“[He’s] Cuban schooled, phenomenal puncher, great technician. The Steve Cunningham fight was a contender for fight of the year,” said promoter Kalle Sauerland, referring to Hernandez’s victory prior to the Ross bout.

Here’s what Hernandez had to say when he recently spoke with RingTV.com:

Anson Wainwright – On Saturday you face your mandatory challenger Alexander Alekseev, what are your thoughts on that?

Yoan Pablo Hernandez – Like every challenger, he wants to take my belts from me. Due to an injury, I could not prove to be the best – it is time to do it again! 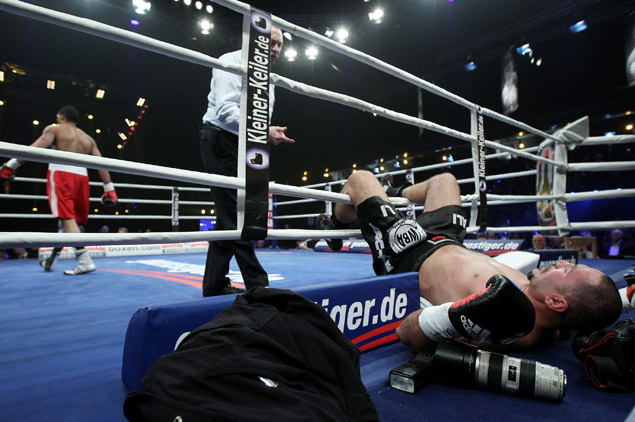 AW – What do you feel he brings to this fight? What do you see as his strengths and weaknesses?

YPH – Obviously, he has decent power in both hands. Then again, he does have some defensive lapses, which I will expose to be victorious.

AW – Your last fight was back in September 2012 against Troy Ross; you won a close 12-round decision.

YPH – As you said this fight was close. In my eyes, it was close but clear. I won that fight without a doubt.

AW – You’re returning from an injury. Can you tell us about the injury, how it happened and how it is now?

YPH – I injured my left hand back in January. I was sparring and thought I could shake it off so close to my fight. However, in the very next sparring session, I broke my hand near the same place I did in my rematch with Cunningham. Now I feel perfect and as my trainer, Ulli Wegner, says: A fracture does not happen in the same spot twice.

AW – As well as holding the IBF belt you’re the RING Magazine champion. What does that mean to you?

YPH – It is something special, a real honor. Only the best of the best get hold of this title. To be one of them is unbelievable. 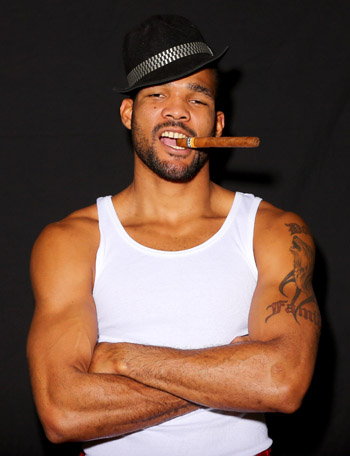 AW – Tell me about Pinar Del Rio, Cuba, where you’re from.

YPH – It was great. The sun, the beach, the way of living. Although we did not have much money it was the best life for a kid I can imagine. I never want to have this erased from my memory.

AW – You were a highly decorated amateur and fought at the 2004 Olympics. What was your final record?

YPH – I stopped counting after my 190th fight. I remember having lost about 15 bouts. I won the National, Continental and Jr. World Championships. The Olympics are something special for every sportsman and woman. It was a great experience I did not want to miss.

AW – How did you come to the decision to go pro?

YPH – Like most things in life, it was about money. I could not have gone pro in Cuba but I needed to support my family in Cuba. So I defected from the national squad at the “Chemiepokal” in Halle, Germany. It was a difficult decision but it was also the right decision.

AW – What is the situation today, are you able enter Cuba, do you see relatives, speak to them?

YPH – I talk to them every day over the phone. Currently I am absolutely focused on my career. Maybe I’ll find the time to go over to Cuba next year as I can actually travel there now. I also want to show my coach, Ulli Wegner, the country I am from. He got the chance once to go there back when there was the German (Berlin) Wall, but he never took it.

AW – If we look at the RING ratings at cruiserweight, what are your thoughts on each guys we have listed… 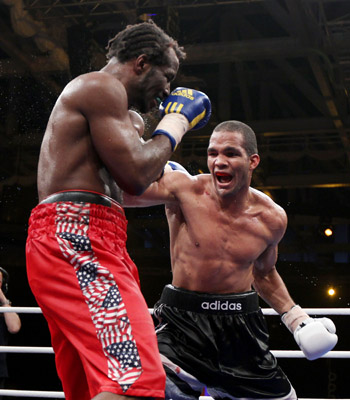 C – Yoan Pablo Hernandez – The rightful Champion and still more to come.
1 – Marco Huck – My teammate; when focused he is one of the best.
2 – Krzysztof Wlodarczyk – A hard worker, good guy.
3 – Denis Lebedev – Beaten by (Guillermo) Jones, reinstated as the WBA champ but might never be the same again.
4 – Ola Afolabi – Lost to Huck; good but not world class.
5 – Grigory Drozd – I was surprised that he beat Masternak.
6 – IIunga Makabu – Don’t know him.
7 – Firat Arslan – I respect him for being so competitive at his late age. His rematch with Marco (Huck) will be explosive.
8 – Dmytro Kucher – Didn’t he lose last time? I do not rate him at all.
9 – Mateusz Masternak – I hope he gets a rematch vs. Drozd; he can do much better.
10 – Thabiso Mchunu – Do not know him.

AW – Who is your boxing hero and why? Who do you enjoy watching?

YPH – My idol is Muhammad Ali. I enjoy watching technical, skilled boxing and Floyd Mayweather is currently the best at it. My man (Guillermo) Rigondeaux is on his level skill-wise and will beat everyone in his division, but sometimes his wins are just dull.

AW – In closing do you have a message for Alekseev and the cruiserweight division?