Kirkland: ‘The sky is the limit for me’ 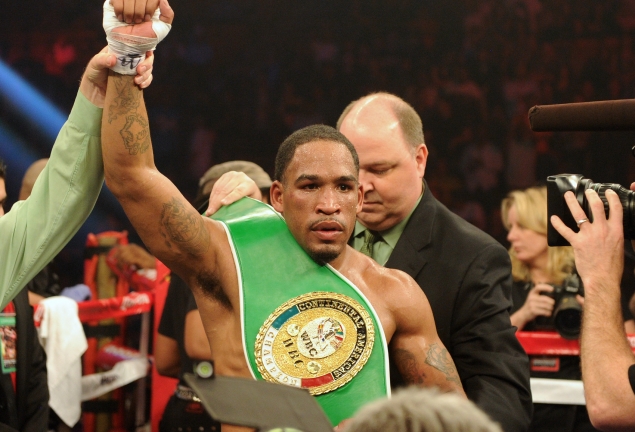 When junior middleweight James Kirkland ends what will have been a 21-month ring absence against unbeaten Glen Tapia on Dec. 7, it will be with the intention of turning in a performance that will thrust him right back into the mix of an active 154-pound division.

On the same night, fellow left-handed 154-pounders Austin Trout and Erislandy Lara will battle at Barclays Center in Brooklyn. Meanwhile, on Nov. 9, a clash of unbeatens will feature junior middleweights Demetrius Andrade and Vanes Martirosyan. And Canelo Alvarez, who was dethroned as RING and WBC 154-pound champion by Floyd Mayweather, has announced plans to fight on March 8, July 26 and Nov. 22 of 2014.

Top considerations for Alvarez appear to be Miguel Cotto, Sergio Martinez and Carlos Molina, the latter being the man against whom Kirkland escaped with a controversial 10th-round disqualification victory in his last fight.

It seems, however, that Kirkland (31-1, 27 knockouts) still could be a factor given a resume that includes an eighth-round knockout of Bryan Vera and sixth-round knockouts over Joel Julio and Alfredo Angulo.

Kirkland has recovered from shoulder surgery to repair tears in his jab-arm suffered during the Molina fight, legally separated from Golden Boy, signed with promoter in Curtis Jackson (aka 50 Cent) of SMS Promotions, and won four straight fights, three by stoppage, since being knocked out in the first round by Nobuhiro Ishida in 2011. Kirkland had worked with trainer in Bob Santos with intentions of using him against Tapia. Then Lara-Trout was announced, leaving Santos to return to Lara, and Kirkland, to former trainer Ann Wolfe.

In this Q&A below, Kirkland, 29, talks about Wolfe and addresses his pulling out of a shot at then-WBC 154-pound titleholder Alvarez in June of last year, among other things, while insisting that he is ready for Tapia (20-0, 12 KOs), a 23-year-old who will be after his third consecutive knockout win.

RingTV.com: How was your reunion with Ann Wolfe?

James Kirkland: It was good. It was nice. I gave her a call, and I was like, “what’s the schedule for tomorrow?” She was like, “okay, we’re going to run in the morning time.”

RingTV.com:; So it was like you picked up right where you left off?

RingTV.com: How important does a solid performance in this fight factor into getting your right back into the mix?

JK: I feel like what this fight actually brings to the table for me is a lot, because you have a guy who, like me, on the outside, he has a lot of potential and people believe that he has the skills to beat me. 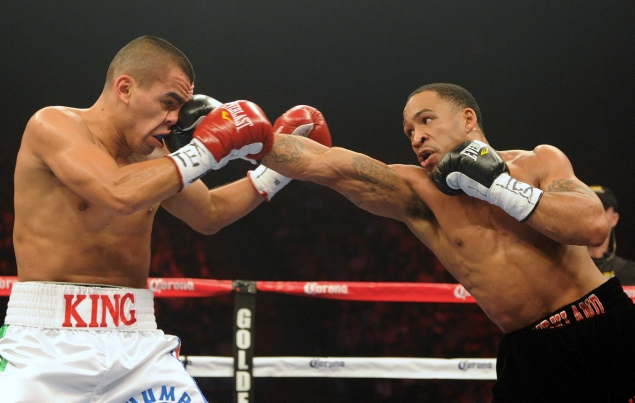 A lot of people think that he has a good fan base and a lot of people love his style. So he’s a combination cat and he’s a world title contender type of guy. He’s pretty alright.

But, to me, I feel like the training that I do, they say that the proof is in the pudding. I think that I can always stand on that, but I’m going to take control of the fight on Dec. 7.

RingTV.com: Given that you’ve been out of the ring for so long, can that air of vulnerability work to our advantage as far as attracting fights?

JK: I definitely know that’s part of my advantage because people are going to say that “He’s been off for this long, he hasn’t felt a real punch,” or, “He hasn’t been active” and “He doesn’t really move,” and “There are certain things that he’ll lack.”

Well, I’ve been working hard and working on a number of things for some time, so I haven’t really been out of the mix. I haven’t taken off. Just because people haven’t seen me in the ring doesn’t mean that I’ve laid off of training.

So, in a way, I’m very happy that people are looking at this as a layoff and an opportunity to take on the challenge. I’m very excited because I’m steadily training hard.

RingTV.com: And you’ve been doing that with Santos, who told me earlier that you were in great shape?

JK: Well, you know, Bob Santos is a great, great dude, and he definitely knows his craft. I’ll put it like this, when I left off with Bob Santos, he knows the body and he knows boxing.

He has tons of skills and knowledge inside and outside of boxing. So he just brought that to the table and we worked every day. The proof is in the pudding. I couldn’t believe it. He actually is a very, very knowledgeable man.

When I came down and hit the gym, everybody was impressed with how hard I was working, and they couldn’t believe that I was actually working that hard. He made the inside and the outside of the body strong. It’s beautiful. It was a great experience.

RingTV.com: How much do you weigh right now?

JK: Well, the last time that I stepped onto a scale, it was 168. But, you know, being that we’re about a whole month away, and some change, I feel great about it because I can actually work. I mean, I still have time, and I’ve got a lot to work on.

I am going to work on things and polish things up and keep it moving, and that’s how I look at it. Like I said, I still have a whole month away and some change, and I feel great about it, because I can actually work and there are things that I can improve on.

RingTV.com: Do you expect to wake up and be able to step right in and pick up where you left off with Wolfe?

JK: Check this out. This is how it is — the honest and truth about the excitement with Ann Wolfe. It’s like you’re playing chess, because you’re always surprised and you just never know what the next move is going to be.

So I’m always excited for a challenge or a duel or whatever it may be. I know one thing about being with Ann, and that’s what she’s done in the past with me, and what she’s doing with other fighters, man, it’s just legendary.

I’m just about keeping her name up there as a legend and making it known how good of a trainer she is. This is going be a positive move for me. You get two heads that think alike, something good is going to happen. 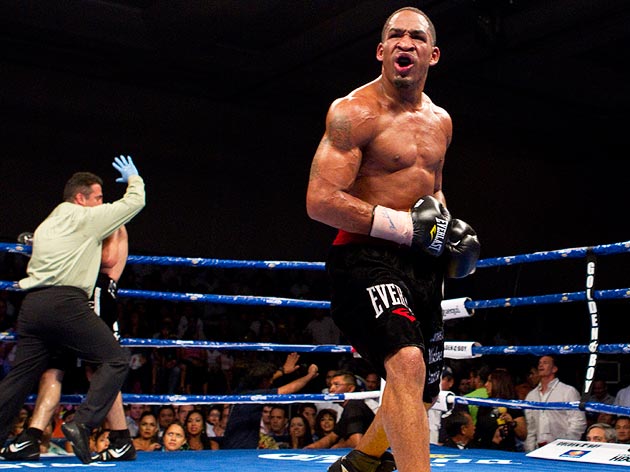 I know that a lot of people are saying, “Why did Kirkland go back,” or, “Why did Ann take him back.” It’s like I’ve said to different people, it’s that we never had any major issues.
Just that she thought one way and I thought another. But as grown people, you know, we mature, we sit back and we learn and we think at the end of day, there’s nothing worth separating that bond.
We’ve put a lot of things behind us and now we’re talking about the future. We’re no longer nagging and thinking about the past. You’re not going to get anything out of that.
So we’re stepping forward and putting everything behind us. You know, whatever has happened in the past is in the past. Now, only positive things can come out of this. So that’s when the magic can happen.
There is one thing that I know, and that’s that I’m ready to deal with Ann and take on her focus and her advice, and use that and what I’ve picked up from Bob, so, the sky is the limit for me.
RingTV.com: How long before you’re in the mix with the Mayweathers, the Alvarez’s, and the Cotto’s of the junior middleweight division?
JK: When you say Alvarez, you know, you say Cotto, or you say Floyd Mayweather, and the top names. I ask myself, “Do you want them as opponents?” and, “Do you want to fight these fights?” Yes I do.

I’ve got so many different names and a lot of people that are working me who are absolutely going to take me to the next level. So I’m going to be able to pull it off and get these fights.

Then, when these fights actually happen, hey, James Kirkland’s going to be the one on top. I can’t wait until these opportunities actually take place.

But like they say, I can’t count my chickens before they hatch, because I’m looking forward to fighting Glen Tapia on Dec. 7.