Hopkins on boxing and black fighters 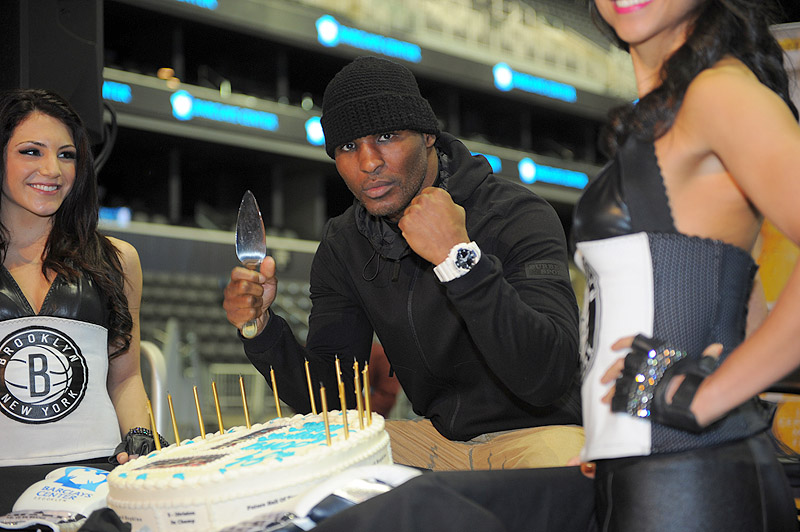 Stating that it is “a curse to be slick” in boxing nowadays, Bernard Hopkins said the sport appears to frown on the concept of skill that he attributes to African American fighters in favor of a more “barbaric” standard.

“Ray Leonard, right now, the great Sugar Ray Leonard, who I was watching all this morning on Youtube, getting information — yeah, at this stage of my career, I was still getting information. That’s what makes me different. The great Sugar Ray Leonard, right now, if he was boxing, they way that they want you to fight, the people that pull the strings of the puppet, he would be boring today. Ray Robinson — the great Robinson — would be boring today,” said Hopkins.

“Because the feeders of the people that buy entertainment. They’re being fed that if they duck, don’t buy it. If they’re slick, and they beat [their opponent] nine out of the 12 rounds, and the guy just can’t hit him because they were slick and smart enough to hit and not get hit, ‘He’s not crowd-pleasing, he don’t sell tickets.’ Because they done fed the followers and they done fed [that] to the customers. The customers will drink anything that you give them if it’s promoted right.”

A 48-year-old former undisputed middleweight champion and RING light heavyweight champion, Hopkins (53-6-2, 32 knockouts) made his assertions during a Thursday conference call promoting his Oct. 26 title defense against German boxer Karo Murat (25-1-1, 15 KOs) to be televised on Showtiime at Boardwalk Hall in Atlantic City.

“They want you to fight like you’re in the MMA or the UFC without being on the ground. So, when I see that, I’ve got to educate the young kids that want to take it, and some will take it, to understand that there are some repercussions to being one way and not the other. Boxing is an offensive-defensive skill,” said Hopkins.

“People criticize Floyd Mayweather because of his offense and defense, and mainly, his defense. I’m one of the most underrated defensive fighters since the early years of James Toney at middleweight. That’s why I can talk to you and everybody on this phone that is listening without stuttering. That’s important to me to go to my daughter’s school, or my son’s school, and talk to their teacher without embarassing them…That’s important to me.”

In his last fight in March, Hopkins’ unanimous decision dethroned previously unbeaten Tavoris Cloud to extend his own record as the oldest man to win a significant crown. Hopkins first set the record at the age of 46 in May of last year by outpointing Jean Pascal for the WBC’s title.

“I have just been hearing and seeing things for the last couple of years, and I’ve just been kind of like, sort of, like, disappointed that in this day and time, at the change of the boxing and what the sweet science is about. It’s has sort of gotten to the barbaric,” said Hopkins. “It’s already that in the way of what we go through. But when you take away the skill and you take away the slick, and you take away the boxing ability and say that’s not entertaining, or that’s not entertainment, then, to me, it’s like trying to erase a culture that you know has dominated the sport way back then where you were slick. And I’m talking about black fighters. Yes, I said it.

“I’m talking about black, inner city, African American fighters. I’m not talking about a Mexican fighter. I’m not talking about a Polish fighter, an Irish fighter, or any other fighter. I’m talking about a black fighter that’s slick, that can throw punches. The Ray Robinsons, the Ray Leonards, the Roy Jones Jrs., the Bernard Hopkins. When I want to do that style, I can do that style, and [there are] many, many, many others. When you wipe out that concept and put that out there, and feed that to the public and to the world that wants to pay for fights and watch fights, they look at the fight and be turned off, not looking at the skill — the hit and not get hit. To take a guy’s weapon and use it against him.”

While he applauded fighters such as Arturo Gatti and Micky Ward, whose classic trilogy will be the subject of an HBO documentary entitled Legendary Nights will air on Saturday, Hopkins said their bouts contribute to the trend.

“They start saying, ‘Well I like the Arturo Gatti and the Micky Ward fights.’ Great guys, and they need to be in the Hall of Fame if they’re not already in there. They fought blood baths. But I didn’t see skill. I didn’t see skill. I’ve seen heart, and I’ve seen ‘don’t duck,’ and I’ve seen the will to win by any means necessary in a way of even if it’s stupid to you or to your health. What has happened in the world of boxing?” said Hopkins. 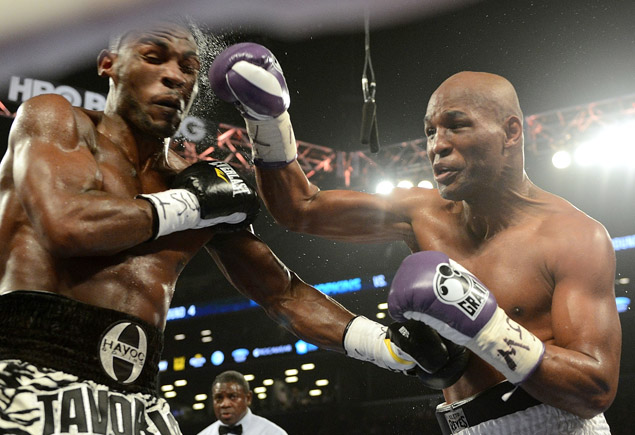 To that end, Hopkins said that he spends a lot of time convincing young boxers at The Joe Hand Gym, where he trains in Philadelphia, to “duck as many punches as you can.”

“It is interesting, because I see the world that is trying to change the concept of boxing, and the amateur kids are believing it. From the Joe Hand Gym that I train at, and I’m around amateur guys all the time. They’re 13 and they’re 8, and they’re 9, and they’re asking me. I say, ‘Look, you want to [be able] to count your own money. The way that you count your own money is that you duck as many punches as you can,” said Hopkins.

“I wanted to get more passionate to tell you how I feel, because when I hear commentators, and when I hear certain networks, and when I’m in the know, and I’m hearing these things, I’m like, ‘Their kids ain’t boxing.’ Their families ain’t in that ring. They’re in the colleges and going where they’re going, but who cares about somebody else’s kid or somebody else’s child? I’m in this world, but I’m not of this world. We’re in the era where if you duck, then it’s bad.”