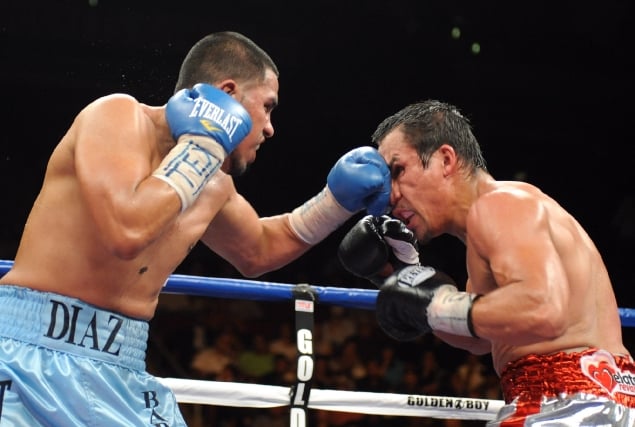 Diaz (37-4, 19 knockouts) will pursue his third straight knockout victory since falling to Marquez against Denver’s Juan Santiago (14-10-1, 8 KOs) on the Oct. 19 undercard of the Mike Alvarado–Ruslan Provodnikov fight in Broomfield, Colo.

“We signed him. [Top Rank Vice President] Carl [Moretti] felt that he had a good place with us,” said Arum.

“We’re loaded in those divisions, and we can make some big fights for him. … So we’re going to see. He’s going to try lightweight, and then junior welterweight, and we’ll see where he’s most comfortable.”

WBO welterweight beltholder Tim Bradley said that he already weighed 148 pounds on Wednesday in advance of Saturday’s defense against Marquez.

Bradley (30-0, 12 KOs) had blamed extreme weight loss for his struggles during a unanimous decision over Provodnikov in March, during which he was dropped in the 12th round after having nearly been floored in the first.

Whereas Bradley said he “was at about 162 pounds two weeks away from the fight” with Provodnikov, trainer Joel Diaz said his fighter already is nearly on weight to face Marquez.

“We did not make the mistake that we made in the previous fight with Provodnikov, walking into the fight dehydrated. That’s why he got damaged from those punches,” said Diaz. “That’s not going to happen on Saturday night. Last night, he was at 148, and he ate pasta. So he’s as strong as he can be. He’s in better shape than in any of his other fights.”

Bradley confirmed as much on Wednesday. 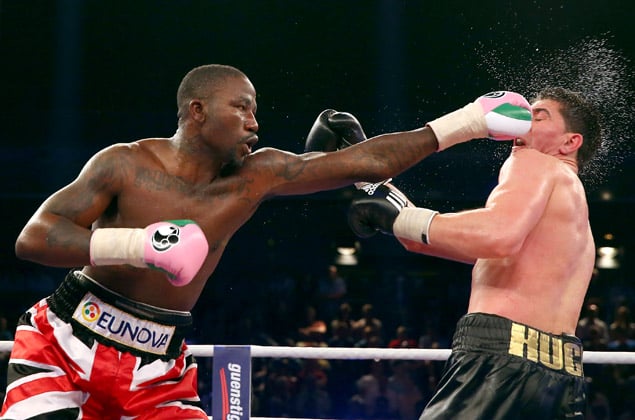 Cruiserweight Ola Afolabi (19-3-4, 9 KOs) has been officially announced for a return against Lukasz Janik (26-1, 14 KOs) as part of the international broadcast on the undercard of the Nov. 2 HBO-televised clash between WBA middleweight titleholder Gennady Golovkin and Curtis Stevens from the Theatre in New York’s Madison Square Garden, as announced by Tom Loeffler of K2 Promotions.

“We’re very excited to add this compelling cruiserweight clash to an already sensational event,” said Loeffler of a development originally reported by RingTV.com. “Ola has proven to be one of the top cruiserweights in the world and is thrilled to be fighting in New York City for the first time.”

Afolabi was last in the ring for a majority-decision loss to WBO beltholder Marco Huck in June. Afolabi has also battled Huck through a disputed draw and a unanimous-decision loss in May of last year and in December of 2009, respectively.

“It seems like my whole career has been defined by my fights with Marco Huck. I’m happy to move on and very excited to be fighting in the United States, and at Madison Square Garden in particular,” said Afolabi.

“I watched a lot of fights when I was growing up on TV from there and always thought ‘one day I will fight there.’ First, I have to take care of business on Nov. 2 against Janik and win the IBO title. After that, I’m ready for any of the top names at cruiserweight. It’s a hot division right now with a number of great fighters.”

Janik has won 11 straight bouts, six of them by knockout, since himself being stopped in the fifth round by Mateusz Masternak in October of 2009.

“Ola has the draw and a majority-decision loss to Huck in his last two fights, but always expressed interest in facing any of the top cruiserweights,” said Loeffler. “This is a great matchup as Janik hasn’t lost in four years, and has defeated many of the top fighters in Europe.”

In the main event, Golovkin will pursue his 15th straight knockout win against Stevens, a Brooklyn native who is coming off last month’s first-round stoppage of Saul Roman.

Also on the card is a match featuring hard-hitting heavyweights Magomed Abdusalamov and Mike Perez, as well as a battle of welterweights featuring Dusty Hernandez-Harrison and Josh “Pitbull” Torres.

“When Gary Shaw and I team up it’s like dynamite,” said Leonard. “Whoever we work with is going to be the next superstar in boxing. With Diego Corrales we did amazing things together.”

Jennings has won his past three bouts by stoppage,

“I’m glad I’m finally moving forward in my career with a great team. Gary Shaw and Antonio Leonard are two great promoters who have been in this sport for many years and have promoted some of the biggest fights in boxing 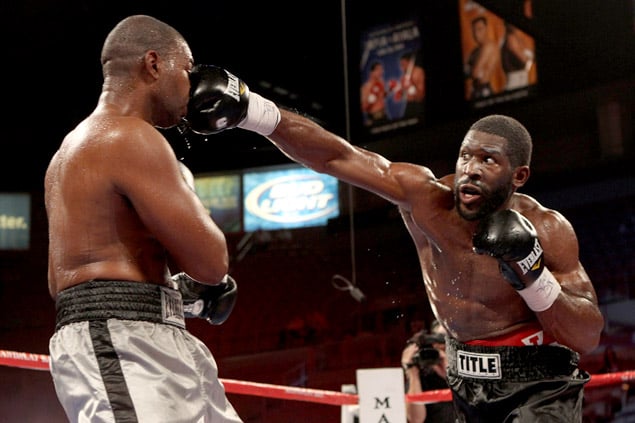 “I’m ecstatic to be managed by James Prince, because he’s guided the careers of many world champions, and his knowledge as a boxing manager is impeccable. It’s truly a blessing to have these experienced gentlemen working on my behalf. I’m ready to take my career to the next level.”

Shaw sees Jennings as the next contender.

“First off I want to say I’m very thrilled to be working side by side with my good friends Antonio Leonard and James Prince. We’ve worked harmoniously together in the past when we had [Diego] Corrales, and it was an astonishing journey. Now we’ve come together again with an outstanding heavyweight in Bryant Jennings,” said Shaw.

“From what I’ve seen, Jennings has the personality and talent to become a star in this sport. He’s a very kind young man who brings an exciting style to the heavyweight division. I’m very pleased to add Jennings to our rich history of great fighters here at GSP, and I’m working hard with Antonio and James to get him in a big fight. He’ll be in the ring very soon.”

“I’m just excited to be working with Gary Shaw Productions and Antonio Leonard Promotions once again,” Prince. “It was beautiful ride we all had with the late Diego Corrales, and once again I feel like I’m bringing them an outstanding fighter in American Bryant Jennings, who I believe is the best heavyweight in the world.”

John Ruiz, who became the first Latino to win a heavyweight belt and held the WBA title from 2001 to 2005, has become a promoter with his American Fighting Organization (AFO).

AFO will promote amateur and professional mixed martial arts and boxing events as well as MMA fighters and boxers starting in January with an amateur MMA tournament in various weight classes to determine the best in New England.

“We are going to put on the best shows in New England,” said Ruiz, in a prepared statement. “I’m investing a lot of money to promote events and fighters, in addition to putting on great MMA and boxing shows for fans.”

Nicknamed, “The Quiet Man,” Ruiz plans to train fighters out of his Quietman Sports Gym in Medford, Mass.

“Fighters are fighters. At my gym, we teach MMA and boxing. It has a nice ring and cage, too. Since I retired as a boxer, I’ve always felt like I would get into promoting boxing,” said Ruiiz.

“AFO will be boxing and MMA. I want to bring more class to both sports. Our shows will offer better competition and more entertaining fights in both MMA and boxing in New England.”

Brooklyn welterweights Dmitry Salita (35-1-1, 18 KOs) and Gabriel Bracero (22-1, 4 KOs) will fight in a 10-rounder on Nov. 9 at The Aviator Sports and Events Center in Brooklyn, promoter Lou DiBella and Star of David Promotions has announced.

“This is a true crossroads, NYC neighborhood battle. There hasn’t been a fight this big here in a very long time. I have been seeking a fight like this for a while now,” said Salita.

“No one has stepped up to the plate, but Gabe did. I have a lot of respect for Gabe, I know what type of fighter he is, I know he is a warrior, but I am very focused and there is no doubt in my mind that I will come out victorious come Nov. 9.”