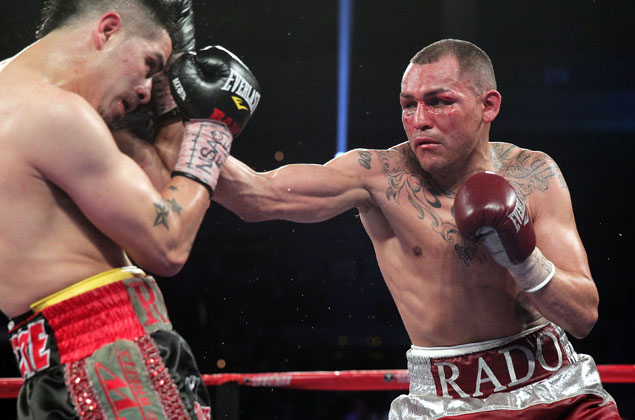 At 1 a.m. ET/PT on Saturday, HBO’s Face Off With Max Kellerman will feature Ruslan Provodnikov and Mike Alvarado in advance of their junior welterweight bout on Oct. 19 for Alvarado’s WBO belt.

Alvarado-Provodnikov will be held at the 1st Bank Center in Broomfield, Colo., a suburb of Denver, near Alvardo’s hometown of Thornton.

Alvarado (34-1, 23 KOs) was last in the ring for a unanimous decision win over Brandon Rios in March that avenged his seventh-round stoppage loss to Rios in October of last year.

In his last fight, also in March, Provodnikov (22-2, 15 KOs) scored a 12th-round knockdown during a unanimous decision loss to WBO welterweight titleholder Tim Bradley, who successfully defended the belt he won by split-decision over Manny Pacquiao last June.

The other setback for Provodnikov was in January of 2011 by unanimous decision against Mauricio Herrera, whom Alvarado unanimously decisioned in April of 2012 prior to his two bouts with Rios. Provodnikov is trained by Freddie Roach.

Lem Satterfield can be reached at lemuel.satterfiel[email protected]