Tapia, manager in no rush for title shot 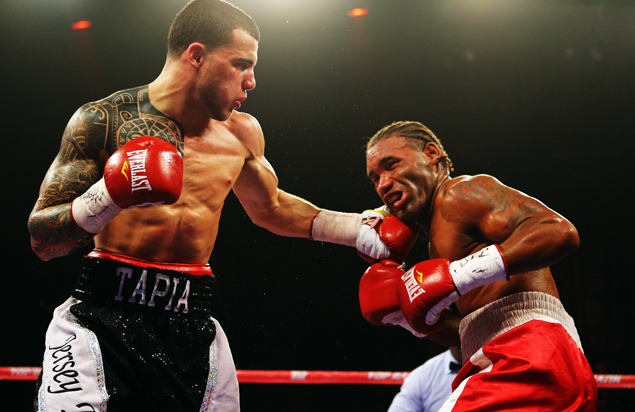 Pat Lynch has managed world champions before. In 1995, Lynch guided a young slugger named Arturo Gatti to the IBF 130-pound title with a victory over Tracy Harris Patterson in Madison Square Garden.

Gatti was 23 at the time. Eighteen years later, Lynch has another exciting 23-year-old prospect by the name of Glen Tapia. Though the unbeaten junior middleweight has already earned a top-ten ranking with the WBO, Lynch is in no rush to have a second 23-year-old champ.

“We’re in no rush, I still think he needs more experience,” said Lynch. “I’m going to progress his career as I see him progressing in the ring. I’m not going to jump the gun here and say ‘Oh, he needs to be world champion now or he needs to get on HBO right away.'”

Tapia is coming off the most impressive victory of his 5-year-career in July, when he stopped previously unbeaten prospect Abraham Han in eight rounds on ESPN2.

Tapia’s opponent Elco Garcia is nearly 20 years his senior at 42 and has faced former champions Vernon Forrest and Raul Marquez in a career that stretches back 16 years. Garcia has won two straight since losing to Joey Hernandez in 2011.

“He’s a veteran fighter, he doesn’t get knocked out so he knows how to survive,” said Tapia, who is promoted by Top Rank and trained by Alex Devia.

“It wasn’t so much of us picking him as it was having opponents turn Glen down,” Lynch adds. “We were struggling a little bit opponent-wise, and being the tough guy he is, Elco accepted immediately.”

Tapia, who served as chief sparring partner to Manny Pacquiao for his fight against Antonio Margarito in 2010, says that his hopes are to remain on television, with a title opportunity to come next year.

“I’m not the type of guy to ask my promoter to rush me or tell them who I want to fight,” said Tapia. “I handle my business in the ring and they handle the business out of it. I’m trying to have that belt around my waist by the end of 2014 or beginning of 2015.”

Lynch says he is encouraged by Tapia’s rise in popularity locally ahead of his first bout as a headliner and hopes to see Tapia on HBO in the next year.

“His fan base is growing beyond belief,” said Lynch. “The demand for tickets for Saturday night is incredible. I just sent an email to Bally’s, I said you need to send me more tickets. It reminds me of when I was managing Arturo, how people were so excited to go see him fight.”