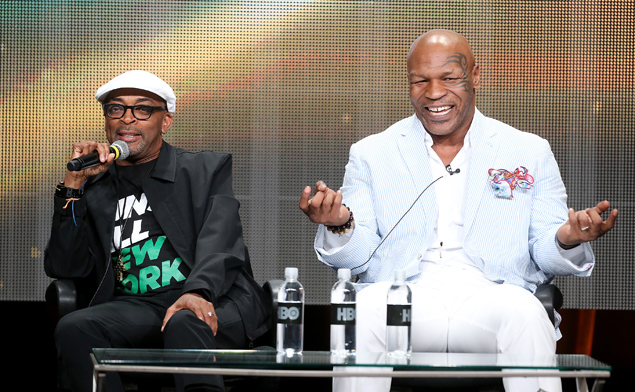 Since the world continues to be fascinated with Mike Tyson, let us update what he’s been up to lately.

In July, we heard there is a new boxing promotion company called “Iron Mike Productions.”

The Cartoon Network is announcing its popular “Adult Swim” nighttime programming block will debut a new Tyson cartoon. It features Mike and a foul-mouthed fowl, a pigeon, who is his pet.

The new sports network, Fox Sports 1, sent out a release a few months ago saying there’s a reality series coming up, called “Being.” The show will be all-access Mike Tyson.

And of course, let’s not forget (or should we?) his one-man stage show, which has been out there the past couple of years.

There just isn’t enough Tyson to go around is there?

About a year ago, I caught the ferry out of Long Beach to Catalina Island. I was having lunch with a couple of billionaires. They travel around the world on that one of a kind cruise ship, “The World.” I wanted to hear about their lives and how they got so rich, and what it’s like to traverse the planet with your own private residence on a luxury ship and see places that 99.999 percent of us will never see.

But no, they knew I am a sportscaster and sportswriter with a particular affinity for boxing. They wanted to hear some of MY stories – in particular, boxing stories. In particular, Mike Tyson stories.

This tells you something about the continued captivation of the public’s imagination Iron Mike has, and always will have. From billionaires to bottom feeders, we still can’t get enough of this guy.

This was around the time when the aforementioned stage show was making its way to Broadway. It’s titled, “Mike Tyson: Undisputed Truth,” directed by Spike Lee.

The show was “raw” and “filthy” as Tyson described it. 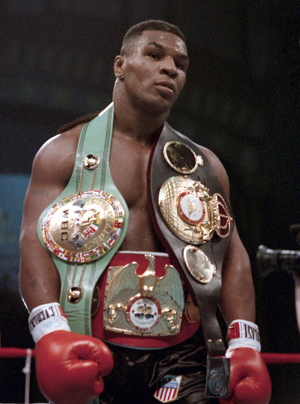 Tyson wasn’t so filthy, but he was raw when I first met him. It was outside the Atlantic City Convention Center following the Michael Spinks defeat of Gerry Cooney June 15th, 1987. I was waiting to interview the legendary trainer Eddie Futch for ESPN. Then, I hear this high-pitched voice with the now famous lisp calling me.

“Hey Alan! Alan!” I glance over my shoulder and there stands the 20-year-old WBC and WBA heavyweight champion of the world Mike Tyson. He had won those titles in a span of less than four months when he knocked out Trevor Berbick in two rounds and then won a unanimous decision over James “Bonecrusher” Smith, who didn’t win a single round on the judges’ cards.

Tyson had just beaten Pinklon Thomas in six rounds in Las Vegas in May and was en route to unifying all the major sanctioning organization titles, the WBC, WBA, and IBF, which happened later that year with a unanimous decision over Tony “TNT” Tucker, who entered the ring with a perfect 34-0 record.

He says, “Alan, I wanna take you for a ride on my rickshhhtaw.”

“My rickshhhtaw!” he says. I then notice he has been pulling one of those Atlantic City boardwalk rickshaw carts around to my broadcast position.

“Mike, where did you get the rickshaw?” I query, “And why are you here?”

“Well, I’m going to be the next undisputed world heavyweight champion, and I want to take ESPN on a ride on my rickshhhtaw that I borrowed,” he says.

“Mike, I appreciate that, but whoever you ‘borrowed’ that rickshaw from probably wants it back since there’s a big crowd out here,” I politely suggest.

“Well, okay. But don’t forget, I am going to be the undisputed heavyweight champion!” He then left, tugging the rickshaw behind, and hopefully he returned it to its rightful owner.

Over the early years, before he was signed by Don King, before Robin Givens, a rape conviction, drug problems, mental health challenges, and his appetite for Evander Holyfield’s ear, I enjoyed a fun relationship with Tyson. After a while, when I would see him around the fight scene, he no longer recognized me. I’m sure he no longer remembers the rickshaw. 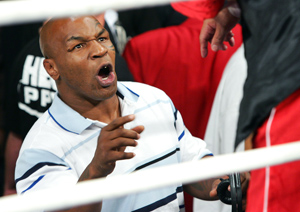 After he had retired, I was paired on a boxing broadcast with Tyson. Bob Arum hired him to be an analyst. It was August 2006 when Oleg Maskaev beat Hasim Rahman with a 12th-round TKO in Las Vegas. Maskaev had Rahman in a clinch above our broadcast position and Maskaev spotted Tyson. Maskaev’s eyes immediately flew wide open.

Despite the fact Maskaev was rather busy at the time, he couldn’t believe Tyson was right there ringside! Tyson then started giving Maskaev advice, sort of like a trainer. It was funny and surreal.

On that broadcast Tyson was brilliant. His knowledge of the sport is unparalleled and his insights were dead on.

Unfortunately, his language was “raw and filthy” at times – obviously, a detriment to regular boxing analyst work. But, that was Mike being Mike.

Despite his past transgressions, someone has finally figured out the name “Mike Tyson” is still a viable brand. He has not led an exemplary life, but he certainly has lived an interesting one. He now has seemingly has more business deals going than Mark Cuban.

Alan Massengale is an Emmy award-winning sports caster, who has done hundreds broadcasts for boxing, his favorite sport. Follow him on Twitter @AlanMassengale1