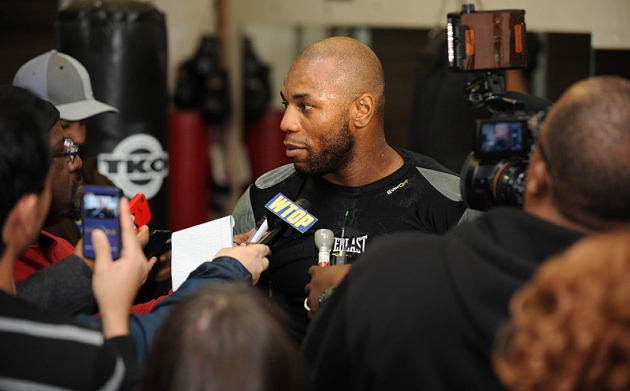 Arreola (35-3, 30 KOs), 32, had surgery in May to repair a broken nose suffered during April’s unanimous-decision loss to Bermane Stiverne.

“Seth Mitchell and Chris Arreola is another fight which we want to put together. I’ve been working with Al Haymon, who is the advisor for both guys,” said Schaefer.

“It’s a fight that the fighters want, and which we want, so I’m trying to get that done for September … and we’ll just have to see which card they will be on.”

“We are in negotiations right now for Chris Arreola. Al Haymon is our advisor, and it appears that Arreola wants to fight, and the Mitchell camp thinks that it’s a good fight at this time. It’s a dangerous fight, but at this point, we’re on a precipitous hill. We have to step up and I don’t believe that we need to do anything less than lateral. We’re ranked No. 2 in the WBC and he’s ranked No. 3. We fight people,” said Salim.

“In taking a fight like this, if it’s made, if you lose, you’re really going to have to get way back in the line, as Evander Holyfield says. But if you win, then it can really set you up for something very nice. Obviously, I think that my man can beat Arreola. … If it does happen, then it looks like September, and that’s where we are right now. Seth is getting ready to really get into a serious camp.” 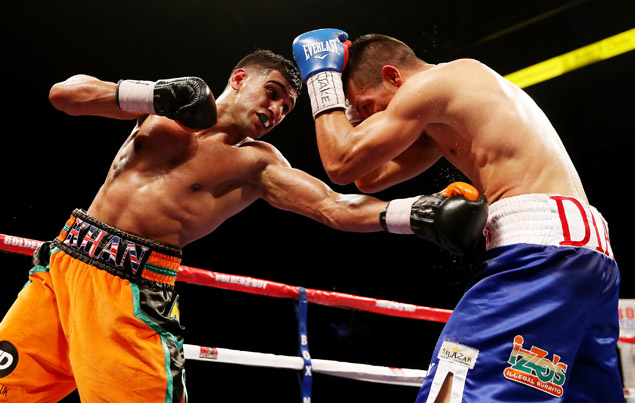 Schaefer said that he will leave on Saturday for Dubai, where he is considering a proposed Dec. 7 matchup between IBF welterweight titleholder Devon Alexander (25-1, 14 KOs) and former two-division titlewinner Amir Khan (28-3, 19 KOs), who is looking to make his 147-pound debut from the 140-pound division.

Khan would be looking for his third straight victory in as many fights under new trainer Virgil Hunter if he were to meet Alexander, a former IBF and WBC junior welterweight beltholder.

“I’m in advanced negotiations for that fight, and we’ll have to see if, in the end, we can pull it off. But yes, I would like that fight. That’s a fight that I would like to do, and if Dubai is ready, then we will be ready, and that’s what I’m going to evaluate,” said Schaefer.

“And if not, there are other places where such a fight could take place, whether it’s in England, whether it’s at the Barclays Center, so there are other possibilities. But I think that it would be historic and sensational to place the first truly big fight and mega event in Dubai, so we will see if we can pull that off.” 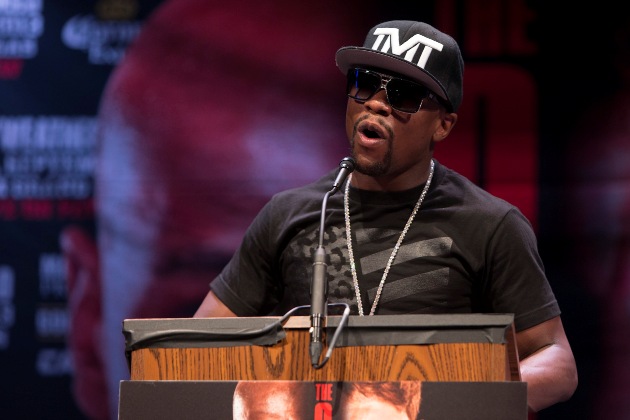 Floyd Mayweather Jr. credits all-time greats such as Sugar Ray Robinson, Sugar Ray Leonard and Thomas Hearns for paving “the way for me to be where I am,” even as THE RING’s pound-for-pound No. 1 fighter believes that he always has had superior conditioning.

“They’re all legends, and I take my hat off to them. They paved the way for me to be where I am. But one thing about me, of course I’m a 15-round fighter. I’ve shown I got a granite chin; I’ve never hit the canvas. I’ve been in there with the best of my era, and I made A- and B-level fighters look like D-level fighters.”

Mayweather (44-0, 26 knockouts) is coming off of a unanimous decision over Robert Guerrero for the RING 147-pound belt in May, and will face RING junior middleweight champ Saul “Canelo” Alvarez (42-0-1, 30 KOs) at a catchweight of 152 pounds on Sept. 14 in a Showtime Pay Per View-televised clash at the MGM Grand in Las Vegas.

Schaefer also has plans for former WBC welterweight titleholder Victor Ortiz (29-4-2, 22 KOs) to end what will have been a 15-month ring absence by returning to action in September.

Ortiz, 26, was last victorious with a unanimous decision that dethroned Andre Berto as WBC 147-pound beltholder in April of 2011, but has lost his last two fights to Mayweather and Josesito Lopez by fourth- and ninth-round stoppages, respectively.

“The plan that we have for Victor is that he will be coming back in September, and I’m working on some things,” said Schaefer. “I will assume that we will be ready to announce it within the next week to 10 days.”

RAFAEL MARQUEZ: BACK IN ACTION IN SEPTEMBER 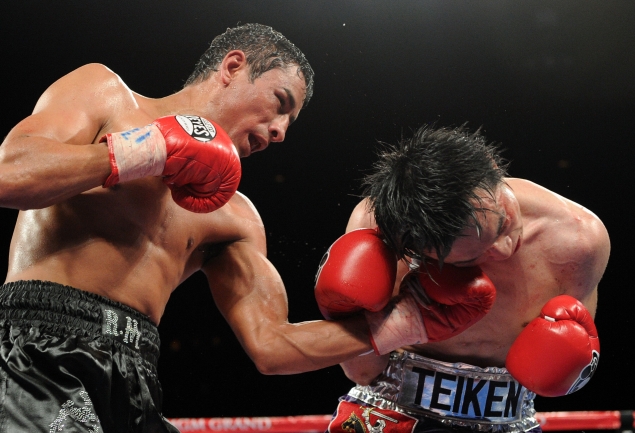 Two-division titlewinner Rafael Marquez (41-8, 37 KOS) has signed with Golden Boy Promotions, and could end what will be an 11-month ring absence, Schaefer confirmed of the 36-year-old fighter.

“We will have, in September, by the way, Rafael Marquez on the comeback as well. As you know, Rafael signed a deal with us,” Schaefer said of Marquez (41-8, 37 KOs), the younger brother of four-division titlewinner Juan Manuel Marquez.

“He will be fighting in September as well, so I am basically going to be looking at having Victor Ortiz and Mitchell-Arreola, and Rafael Marquez as well. Those are all fights that I’m working on.”

Marquez is most known for splitting four bouts with Mexican rival Israel Vazquez, winning by knockouts in the first and last of the matchups. After beating Vazquez the second time in May of 2010, Marquez debuted as a featherweight, falling by eighth-round stoppage to Juan Manuel Lopez in a failed bid to win the WBO’s belt.

He rebounded with a sixth-round knockout of Eduardo Becerril in July of 2011 before losing a WBC junior featherweight title bout to Toshiaki Nishioka in October of 2011.

Marquez was stopped in the ninth round of his last fight in October of last year by Cristian Mijares.