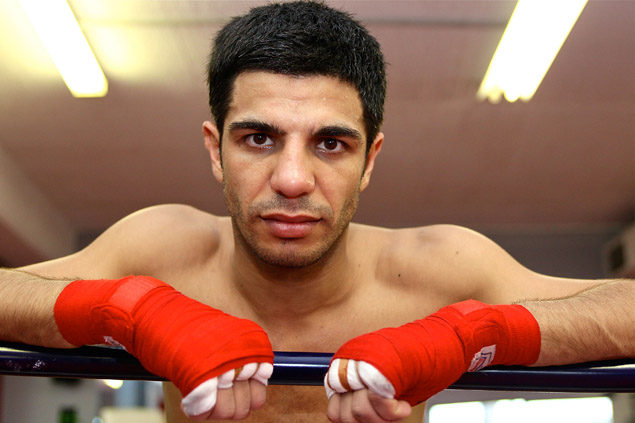 Reality hadn’t hit Billy Dib until the morning after. As he packed his bags in his hotel room at Foxwoods Resort in Connecticut on March 2, with his head still ringing from the brutal fight the night before, it dawned on him that his most prized possession wouldn’t be returning with him to Australia. The previous night was supposed to be his coming out party with rapper-turned-promoter Curtis “50 Cent” Jackson, where his revamped style would replace images of his last American outing, an eyesore performance against Steven Luevano five years earlier.

Instead, Dib found himself in a back-and-forth war with late replacement Evgeny Gradovich, sustaining multiple gashes to his eyes and back of his head before losing a split-decision verdict and his IBF featherweight title.

“I was very hurt, very disappointed,” said Dib, pausing briefly to collect his thoughts. “I don’t really remember much of the night. I was heavily concussed. I thought everything was going really well the first couple rounds, and then after I suffered that laceration on the back of the head, I just wasn’t myself anymore, was I?

“Trying to impress on TV cost me the fight because I was too worried about impressing everybody else and not doing what I needed to do to win the fight.”

Dib (35-2, 21 knockouts) will get a third shot at impressing audiences stateside this Friday in Hartford, Conn., when he faces Mike Oliver (25-3, 8 KOs) in the co-main event of this week’s ESPN2 Friday Night Fights. The fight will also be shown in the Sydney native’s home country on ESPN, beginning at 11 a.m. on Saturday morning. 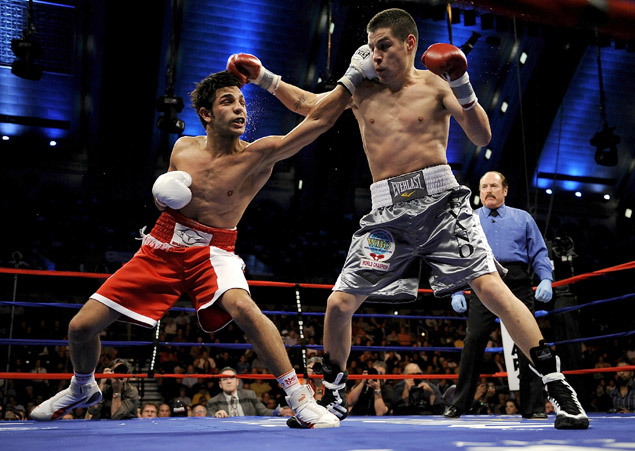 Dib, 27, isn’t quite back to the position he was in following the loss to Luevano, when he returned to Australia to rebuild for three years before winning a vacant belt in 2011. There is a rematch clause to face Gradovich (16-0, 8 KOs) after he makes his first title defense on July 27 in Macau against Mauricio Munoz. Dib says that he had the option to sit out and wait for the title shot, but elected to keep busy and keep his name in the public.

“I have an opportunity to redeem myself and to make sure that I solidify and lock myself into my position for a rematch with Gradovich, which should take place some time in November.

In his lowest moment as a professional, Dib says it was Jackson, who skipped the after party to accompany him to the hospital, who reassured him the most. “He was actually very happy. His actual words to me was, ‘You did exactly what you needed to do to get back on the TV networks. You didn’t get the win but HBO and Showtime and all these companies are now interested in putting you back on TV, so you sort of achieved what you set out to do.'”

The FNF show, which is promoted by Jackson’s SMS Promotions in association with Canadian promotional outfit Groupe Yvon Michel, will also feature a light heavyweight bout between Eleider Alvarez and Allan Green, as well as Jackson’s prospects Donte Strayhorn (1-1) and Luis Olivares (4-0, 3 KOs) in four-round bouts.

In Oliver, Dib meets a 33-year-old opponent who hasn’t fought in nearly two years after losing via second-round technical knockout to Juan Manuel Lopez. Once a celebrated prospect, Oliver had registered wins over Gary Stark Jr. and Al Seeger before his dubious chin did him in against Reynaldo Lopez and Antonio Escalante in successive fights in 2008. Against Dib, Oliver will have the benefit of fighting in his hometown.

But Dib seems to be at his best when he’s been counted out.

“I’ve been down before. A very important thing that I believe in: a person who has been there before knows how to get it back. I know what it takes to win the world title because I’ve already won one, and I’ve lost one, and now I know exactly what I’ve got to do to work hard enough to get back into contention, winning a world title and not just challenging for one.