26
May
by Lem Satterfield 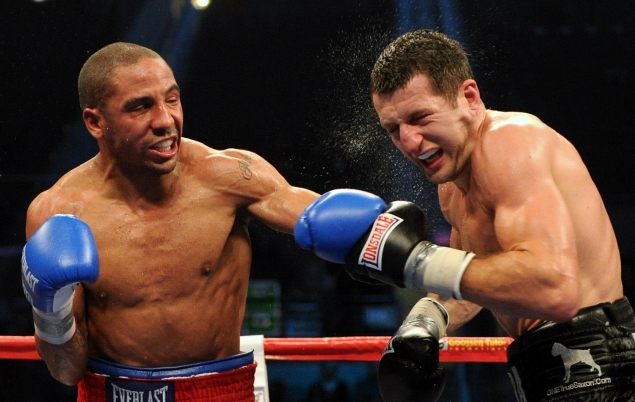 Super middleweight champion Andre Ward, who was on hand for Saturday’s unanimous decision by IBF titleholder Carl Froch over Mikkel Kessler in London, said that he would fight Froch again if the price is right — even if it means traveling to England.

Ward (26-0, 14 knockouts) has earned unanimous decision victories over both Kessler (46-3, 35 KOs) and Froch (31-2, 22 KOs), the former in November of 2009 in Ward’s home town of Oakland, Calif., and the latter in December 2011 for the RING, WBA and WBC belts at Boardwalk Hall in Atlantic City in the championship bout of Showtime’s Super Six World Boxing Classic.

Ward, 29, was ringside in London on Saturday with Jim Lampley, Max Kellerman and unofficial scorer Harold Lederman to call the win by Froch over Kessler, which was a rematch of their April, 2010 bloodbath when Kessler beat Froch by unanimous decision as part of The Super Six.

“But Froch’s promoter needs to show how bad he wants it. You have a big fan base here, but they need to understand that I don’t have to come here. If I come here, it’s because I want to and I want to reward the public.”

Since falling to Ward, Froch, 35, had come up with consecutive stoppage victories over Philadelphia’s Yusaf Mack in the third round and previously unbeaten IBF beltholder Lucian Bute in the fifth in May and November of 2012.

“Froch is coming off of two big victories since our fight. Lucian Bute and now Mikkel Kessler, so it’s not like he’s been idle,” said Ward.

“So from that standpoint, it [the rematch] makes sense. And, he seems to feel like there was some injustice the first time around, so maybe we need corrrect that.”

Froch believes he can defeat, and, even perhaps score a knockout against Ward if the were to meet again.

“The only man I have to defeat is Andre Ward, so let’s see if he is keen to fight in the UK. I’ve set the record straight with Kessler and I would love to do so against Ward,” said Froch.

“No disrespect to Andre Ward, but he would put a glass eye to sleep. He is brilliant at what he does but he excites nobody. I could potentially stop Andre Ward. It is a difficult fight but my trainer has told me how I can win that fight and if I listen to him I will.”

Froch lost to Kessler in Denmark, where the Dane is 43-0. Meanwhile, Froch is now 27-0 when fighting in England. 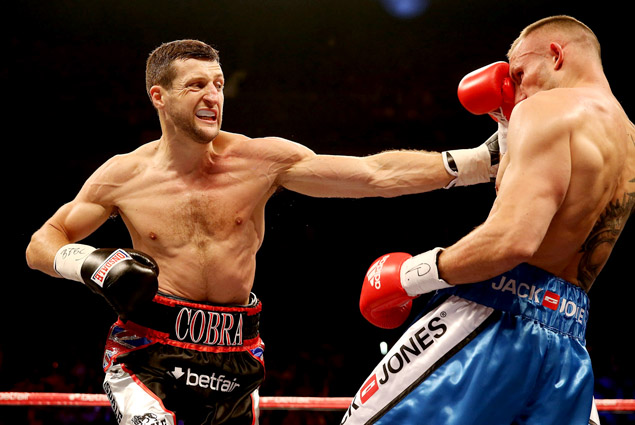 “I did what I needed to do the first time (against Froch), but I really wasn’t satisfied with my victory because I went in injured,” said Ward, who fought through a broken left hand to defeat Froch and was later named Fighter of The Year for 2011 by the Boxing Writers’ Association of America.

“He said, for whatever reason, that he was homesick or whatever the case was, and that he didn’t perform the way that he was supposed to. So when you’ve got that kind of dialogue after a fight, even if it wasn’t close, then maybe we need to right that wrong.”