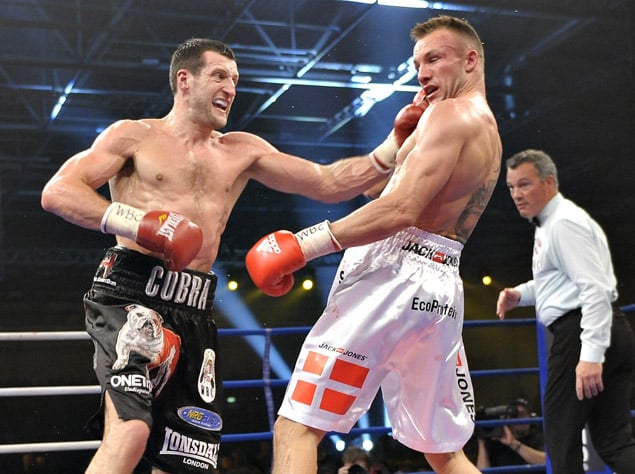 Froch, 35, is livid at Welshman Cleverly, the WBO light heavyweight holder, and English super middleweight contender Groves, after discovering both have been assisting his Danish rival ahead of their eagerly anticipated weekend showdown at the London O2 Arena.

And in a stinging attack, carried in many of the UK Sunday newspapers, the Nottingham man did not hold back as he accused the duo of boxing treason. He also thinks they have done it out of envy.

“The fact Groves and Cleverly have gone out there to help (Kessler) sums up what they are, it shows what they’re about and they’re quite jealous and bitter,” Froch said, according to one report in the Daily Star Sunday. “They would rather go and help a foreign fighter prepare for the biggest fight of my career and I’m a British fighter.

“I wouldn’t help a foreigner prepare for a British fighter. It just shows the state of British boxing in terms of people helping each other.

Froch is also unhappy with Groves’ trainer, Adam Booth, who he does count as a good friend, for allowing the sessions with Kessler to happen.

Unbeaten Groves, from west London, fights on the Froch-Kessler II undercard, against Uruguayan Noe Alcoba. Could make for a few interesting conversations backstage.