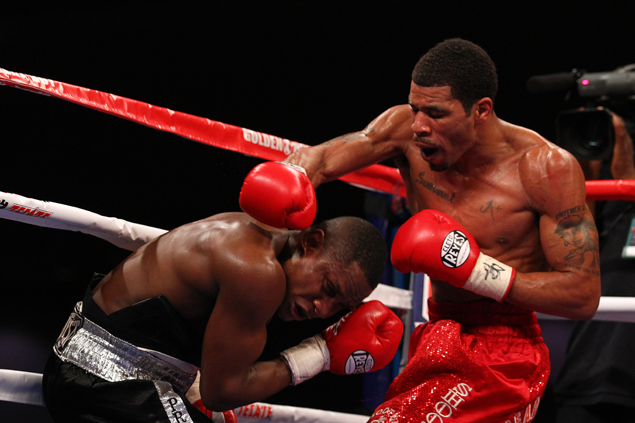 Saturday’s Lamont Peterson-Lucas Matthysse main event, which will be contested at a 141-pound catchweight along with an IBF welterweight bout between beltholder Devon Alexander and Lee Purdy, begins on Showtime at 9 p.m. ET/PT (delayed on the West Coast).

The loaded undercard will air on Showtime Extreme starting at 7 p.m. ET/PT, and will feature a 150-pound clash between Shawn Porter (20-0-1, 14 knockouts) and Phil LoGreco (25-0, 14 KOs). Porter is coming off December’s draw with former two-time lightweight beltholder Julio Diaz, and LoGreco rose from a first-round knockdown for November’s seventh-round stoppage of Daniel Sostre.

It will also include the return of Lamont’s younger brother, lightweight standout Anthony Peterson (31-1, 20 KOs), who will end a 17-month layoff against Dominic Salcido (18-4, 9 KOs), of Rialto, Calif. 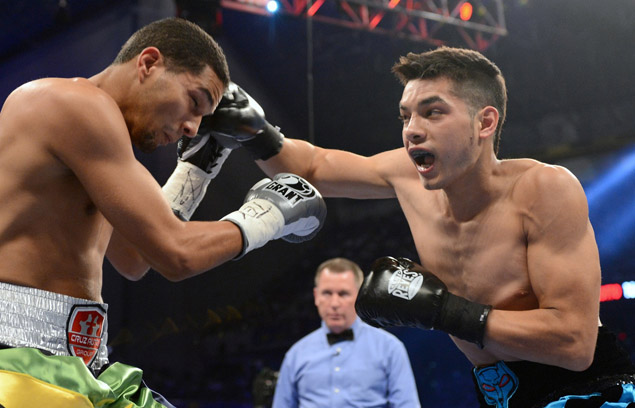 ESPN.com had the initial report.

If victorious over Arakawa, Figueroa will become the WBC’s full titleholder if, Adrien “The Problem” Broner, chooses to relinquish it following his June 22 clash with WBA welterweight titleholder Paulie “The Magic Man” Malignaggi, Schaefer said.

“Broner is moving up, but will keep the title,” said Schaefer, in an e-mail to RingTV.com. “After the Paulie fight, he will decide [what he is going to do.]”

If Broner decides not to return to the lightweight division, “then the Figueroa fight might be for the full title,” said Schaefer.

CHRIS ARREOLA HAS SURGERY ON HIS NOSE

According to a story that was initially reported by ESPN.com, Arreola had stints removed on Monday to assist and improve his breathing.

Arreola-Stiverne was a WBC elimination bout. Stiverne is now in line to challenge 41-year-old WBC titleholder Vitali Klitschko (45-2, 41 KOs), who scored his 13th straight win and his 10th stoppage victory during that run against Manuel Charr (21-1, 11 KOs) in September.

Welterweight Ray Nahr (25-2, 21 KOs) will end a more than two-year layoff when he returns to the ring against Puerto Rican welterweight Ronald Cruz (17-1, 12 KOs) on June 14 on NBC’s Fight Night from the Sands Casino Resort in Bethlehem, Pa. Nahr has not fought since May of 2011, when he was stopped in the third round by Mike Alvarado.

Nahr is replacing Jaime Herrera (10-2, 5 KOs), who suffered a lower back injury during training last week.

Two-time Olympic gold medalist Zou Shiming will headline the Top Rank’s second card in Macau, China, on July 27 against Mexico’s Jesus Ortega at the Venetian Casino and Resort in Macau.

A flyweight, Zou (1-0) was the focus of the initial show on April 6, when he unanimously decisioned Eleazar Valenzuela over four rounds, and will take a step up in Mexico’s Jesus Ortega (3-1, 2 KOs), whom he will battle in a six-rounder.

“I was very pleased with how quickly Shiming learned what I was teaching during our first training camp, and he is the hardest worker in the gym,” said trainer Freddie Roach.

“This time, our main focus will be on getting him to punch harder. Shiming will need to learn how to sit down on his punches to maximize their power. I can not wait to start working with him again.”

Also on the card, WBA and WBO flyweight titleholder Juan Francisco Estrada (24-2, 18 KOs) of Sonora, Mexico, in the first defense of the unified title against Milan Melindo (29-0, 12 KOs), of Cagayan de Oro, Philippines, as well as IBF featherweight titleholder Evgeny Gradovich (16-0, 8 KOs), of Oxnard, Calif., by way of Russia, in the first defense of his title against Mauricio Javier Munoz (26-3, 12 KOs), of Argentina.

Estrada vanquished Brian Viloria in April for his belts on the April 6 card, and Gradovich won his title by split-decision over Billy Dib in March after taking the bout on short notice.