Arum: For Chavez Jr., it’s either Murray or Vera 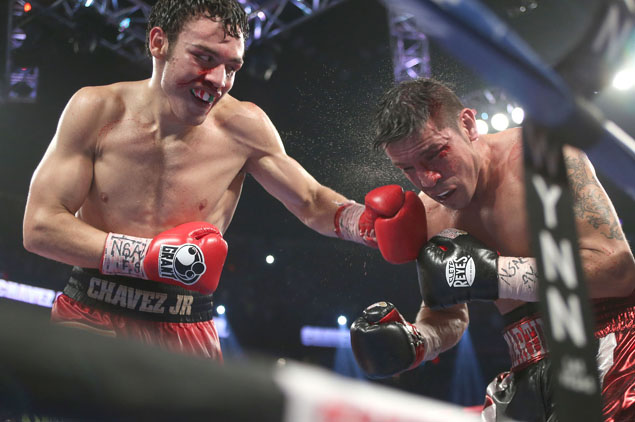 Arum informed RingTV.com on Saturday that Chavez Jr. (46-1-1, 32 knockouts) will make a decision some time over the weekend between fighting Murray (25-1-1, 11 KOs) or Vera (23-6, 14 KOs), and will then prepare for the bout with trainer Freddie Roach and assistant Alex Ariza.

Chavez, 27, was last in the ring for September’s unanimous decision loss to 160-pound champion Sergio Martinez, whom Chavez Jr. dropped in the 12th round.

Murray, 30, is coming off last month’s unanimous decision loss to Martinez, whom Murray floored in the eighth round.

Vera, 32, will be after his fifth consecutive win and his third straight stoppage if he faces Chavez, and is coming off a seventh-round knockout of Donatas Bondorovas in March.

Vera’s winning streak includes a majority decision over ex-titleholder Sergio Mora in August of 2012 that was followed by January’s 10th-round knockout of former beltholder Sergei Dzinziruk.