Garcia has ‘obligation’ versus Lopez 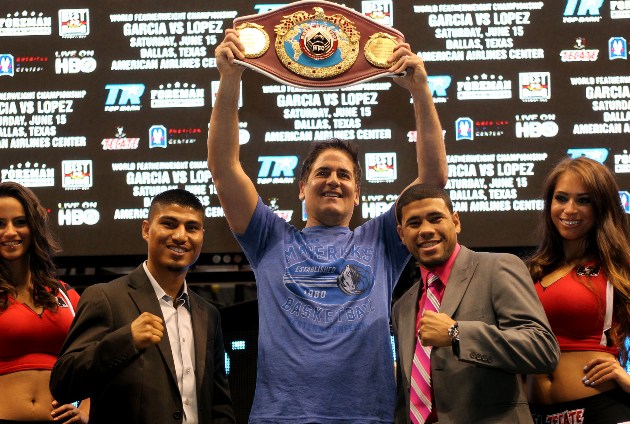 Although unbeaten featherweight Miguel Angel “Mikey” Garcia proved in his last fight that he is a world champion with an eighth-round technical decision over Orlando Salido in January “he has to prove that he can remain a world champion” on June 15 against former titleholder Juan Manuel Lopez, according to Top Rank President Todd duBoef.

“Mikey proved in his last fight that he is a world champion,” said duBoef, during a Thursday press conference in Dallas in association with PR Best Boxing, Foreman Boys Promotions and Tecate. 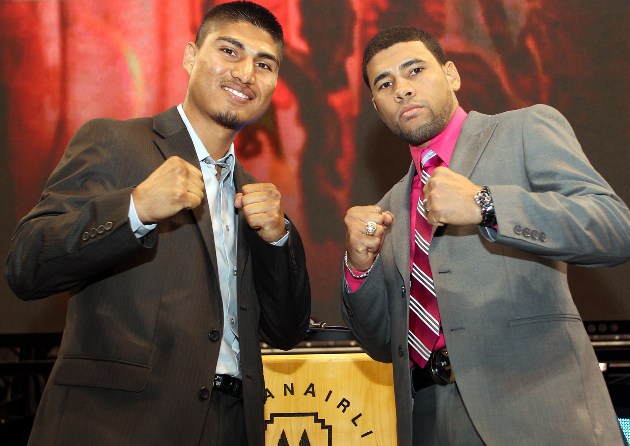 “Now he has to prove he can remain a world champion when he faces one of the toughest men in the division in two-time world champion JuanMa. This caps off an incredible run for boxing during the first half of 2013.”

Garcia is coming the victory over Salido, who has knockout wins over Lopez (33-2, 30 KOs) from April of 2011 and March of 2012. Lopez sandwiched a second-round knockout of Mike Oliver in October of 2011 between the losses to Salido, and has won his past two fights by ninth- and second-round knockout.

“I feel that as a champion, you have an obligation to defend your title and to prove yourself by taking on these kinds of challenges and these kinds of opponents,” said Garcia, who is trained by his brother Robert Garcia, and their father, Eduardo Garcia.

“That’s why we’re taking on this fight. We didn’t want to move up in weight or anything like that. I wanted to stay at this weight and to prove myself as a world champion. I wanted to show that I can be here for a long time, and that’s the big deal for this fight.”

A Mexican-American boxer-puncher whose favorite fighter is Floyd Mayweather Jr., Garcia mostly eschews what he calls the traditional Mexican “brawler” or “close quarters” style for a more cerebral Mayweather-like approach which employs his defensive skills, power and range.

“I believe that we have a very good style of fighting. We have a lot of knockouts. Sometimes, I don’t get the knockout, but I’ve gotten my opponents to be knocked down. I knock down my opponents, or, whatever, so the power is there, and Lopez’s power is there,” said Garcia, who stands about 5-foot-8 but is often listed as being shorter.

“His knockout ratio is also extremely high, so this is a great fight. It makes sense to promote it well. But if they’re 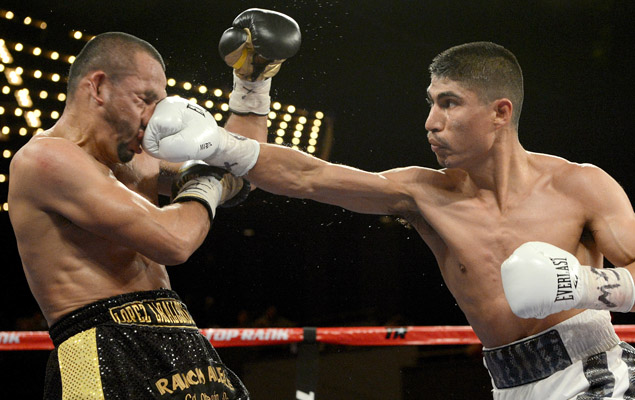 thinking that I’m the next star, and that I’m on the rise, and if that’s how they’re promoting me, then, that’s a great honor to be looked at in that manner. But I’m just doing my job. I just go out there and do my job in the ring, and we both have power, so I think that the fans are definitely going to be looking forward to seeing a knockout on the night of the fight.”

Top Rank CEO Bob Arum has had success promoting in Texas with such bouts as Manny Pacquiao’s unanimous decisions over Joshua Clottey and Antonio Margarito at The Dallas Cowboys’ Stadium in March and Novemver of 2010, respectively.

“The press conference was unbelievable today, with George Foreman, with Mark Cuban. Mark is really going to work on the promotion, and we’re going to do good business in Dallas It was a really upbeat press conference with a tremendous turnout. I’m very, very optimistic at the American Airlines Center,” said Arum.

“It’s a beautiful building, we’ve priced it right, and we’re going to give them a really good show. There were a number of fans who sat in the stands, and the press section was all filled. There was every television network there, the Spanish networks were there, and the writers from the papers were there. Every possible person that we could have, came.”

More recently, Arum has taken Julio Cesar Chavez Jr. to the Alamodome in San Antonio for a unanimous decision over John Duddy in June of 2010, to Houston’s Reliant Arena for a fifth-round stoppage of Peter Manfredo Jr. in November of 2011, the Alamodome again for a unanimous decision over Marco Antonio Rubio in February of last year, and the Sun Bowl in El Paso for a seventh-round knockout of Andy Lee in June of last year.

“Mikey Garcia versus Juan Manuel Lopez is a can’t miss attraction,” said Kery Davis, senior vice president, HBO Sports. “Dallas is a first-class sports destination and we’re thrilled to be going to the American Airlines Center. June 15 is a date fight fans need to circle on their boxing calendar.”