Fox Sports and Golden Boy Promotions have reached a multi-media rights extension to televise live boxing in the United States and internationally, the network and the promotional company announced on Monday.

FS1 is scheduling 24 live events per year, with Fox Deportes, the nation’s leading Spanish-language sports network, airing 48 events live. That’s an increase from 36 in the previous deal. The 24 events on FS1 will all originate in the U.S., and most are expected to run on Monday nights once the network launches.

“When we started Golden Boy, we made a promise to only do business with the best companies out there,” said Oscar De La Hoya, president of Golden Boy Promotions.

“To be partnered with Fox on this sensational series is a great fit. We look forward to working with Fox Sports 1 for years to come in giving fans the best boxing matches available.”

Fox Deportes will simulcast the same 24 events as FS1 in Spanish, plus air 24 others that originate from Mexico. Once events air on FS1, each will be available for encore presentations on Fox Sports regional networks.

“We are thrilled to partner with Fox as the boxing provider for Fox Sports 1 and Fox Deportes. For years, the best of boxing has been available primarily on premium cable and pay-per-view only,” said Golden Boy CEO Richard Schaefer.

“But our partnership with Fox Sports signifies a major step-up in exposure for the fighter, Golden Boy Promotions and the entire sport. We are confident that with our mix of world-class fights and fighters combined with the reach and promotional capacities that Fox Sports provides, the sky is really the limit for us all.”

“It’s great that we’ve been able to build upon and expand what has already been a fruitful relationship that benefits multiple networks in the FOX Sports family, domestically and internationally.” 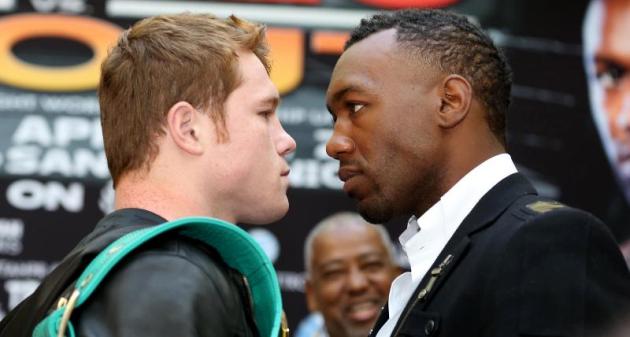 Although Mayweather will defend his WBC welterweight belt against Robert Guerrero on Showtime Pay Per View, the 36-year-old still is considered the WBA’s junior middleweight “super champion.”

Mayweather was last in the ring on May 5 of last year, earning a unanimous decision victory over Miguel Cotto for the WBA’s 154-belt.

According to an e-mail from an official with the WBA, Mayweather has received an exemption to face Guerrero, even as Austin Trout — coming off December’s victory over Cotto — is considered a 154-pound titleholder by the organization heading into his April 20 clash with WBC counterpart Saul “Canelo” Alvarez in a Showtime-televised clash of unbeatens.

WHAT’S NEXT FOR VITALI KLITSCHKO?

Vitali Klitschko was last in the ring for September’s fourth-round knockout of Manuel Charr, representing his 13th consecutive triumph and his 10th stoppage victory during that run.

But was Charr the last time the boxing world will see the 6-7 Vitali Klitschko in the ring?

“Vitali has not made a decision,” said Tom Loeffler of the Klitschko’s K2 Promotions. “There is nothing definitive on him. He still has not officially decided what his future plans are.”

Nicknamed “Dr. Ironfist” — he has a Ph.D. in sports science — Vitali Klitschko is considering a career in politics in his native Ukraine against the notion of whether or not he will fight again, according to The Daily Beast. 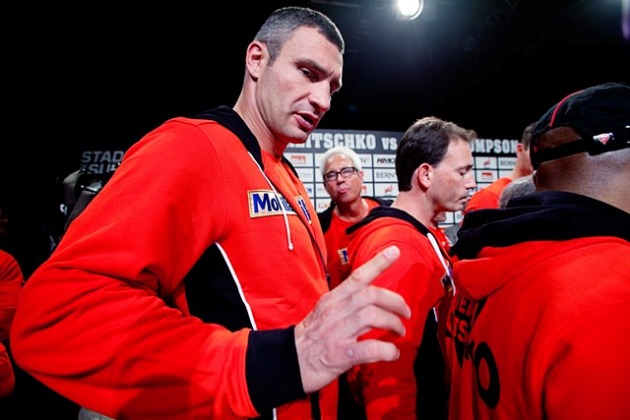 “Sports gave me the will to win, the ability to make quick decisions, to realize their full potential. These qualities are very important in politics…In the ring they call me Dr. Ironfist. Perhaps some expected me to begin my parliamentary career by bashing heads, literally. However, I said early on that my style in politics will be focused on the battle for ideas that lead to changes in Ukraine.”

If Klitschko does return, his mandatory challenger is likely to be the winner of an April 27 WBC elimination bout between heavyweight contenders Chris Arreola, of Riverside, Calif., and Haitian-born Bermane Stiverne at Citizens Bank Arena in Ontario, Calif.

Klitschko suffered his last loss to Lennox Lewis in June of 2003 at the Staples Center in Los Angeles, and then reeled off three straight stoppage wins, the last of which was in the eighth round over Danny Williams in December of 2004.

Klitschko ended a four-year, injury-forced retirement in October of 2008 when his eighth-round knockout of Samuel Peter earned his current belt, and later scored a 10th-round stoppage of the previously unbeaten Arreola in September of 2009 at The Staples Center.

Vitali Klitschko also registered an eighth-round knockout of the late Corrie Sanders at The Staples Center in April of 2004, avenging Wladimir’s second-round stoppage loss to Sanders in March of 2003.

A resident of Kiev, Klitschko has a home in Los Angeles, which Loeffler said is “basically his second home,” and is where the fighter’s three children — ages 13, 10 and 6 — were born.

Melson was last in the ring at Barclays Center, where he battled Jason Thompson to a draw on the undercard of Garcia’s fourth-round knockout of Erik Morales.

Melson, 31, donates his entire fight purses to Justadollarplease.org in support of a trial to help cure chronic spinal cord injuries.