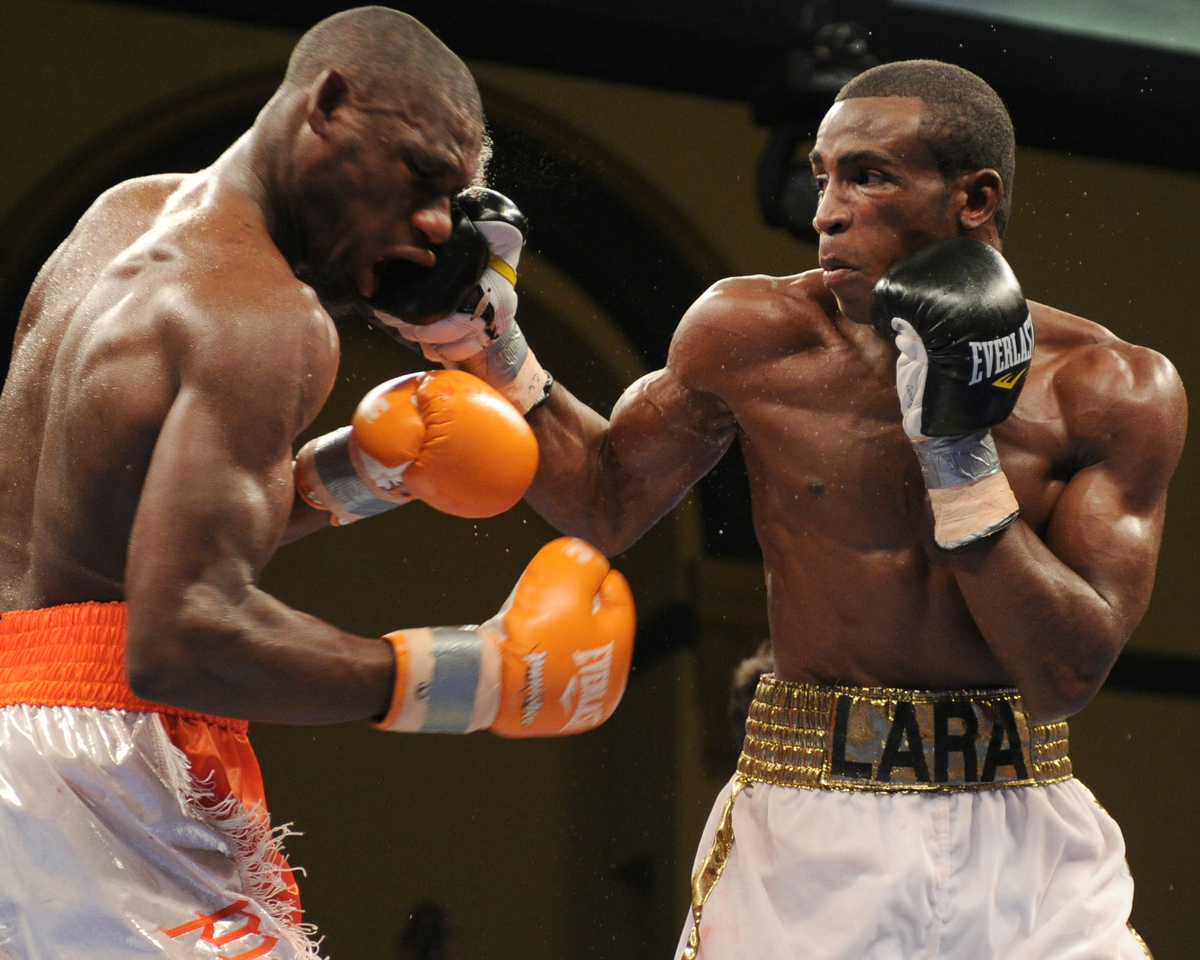 Junior middleweight Erislandy Lara will return to the ring on June 8 against hammer-fisted Mexican rival Alfredo Angulo in a co-feature to the Marcos Maidana–Josesito Lopez welterweight main event at the Home Depot Center in Carson, Calif., which will be broadcast on Showtime and promoted by Golden Boy.

Before facing Hearns, Lara had not been in the ring since July of 2011, when he lost a disputed majority decision to fellow left-hander Paul Williams, which many observers thought Lara had won. Lara followed up the win over Hearns by unanimously decisioning over Freddy Hernandez in June of last year.

Lara believes he can raise his stature with a solid performance against Angulo (22-2, 18 KOs), who has won two straight since being knocked out by James Kirkland in November of 2011. Nicknamed, “Perro,” (Spanish for “Dog”) Angulo rode a streak of five straight knockout victories into his clash with Kirkland, his only previous loss having been by unanimous decision to Kermit Cintron in May of 2009.

Since falling to Kirkland, Angulo has scored a 56-second knockout of Raul Casarez and a unanimous decision over Jorge Silva in November and December, respectively.

Lara, who also battled to a draw with Carlos Molina in July of 2011, spoke to RingTV.com for this Q&A which was translated by his manager Luis Decubas Jr.:

RingTV.com: How will facing a forward-moving fighter compliment your skills?

Erislandy Lara: First of all, I’m very excited and thankful for the opportunity. My team has delivered. Golden Boy, my manager, Luis DeCubas. My advisor, Al Haymon. This is a fight that has been on my radar for a few years now, and now, it’s finally come to fruition.

This is definitely a style that I feel benefits me. This is a great fight. It’s a natural fight. It’s the boxer versus the puncher, and it’s going to be a helluva fight.

RTV: Do you believe that this will be a crowd-pleasing fight due to your styles?

EL: There is no question about that, because Angulo is a guy who comes out and presses the action and who wants to fight and tries to take your head off.

But I’m the guy who is going to be in there fighting a thousand miles an hour and countering him and making him pay, so if you look at the style matchup, it’s like the one against Paul Williams.

So I think that this is going to be similar and that it’s going to be a great fight because, like Williams, Angulo is a guy who comes to fight. So if you look at this matchup, this is perfect. It’s a boxer versus a puncher.

RTV: How badly did you want to return to the ring right away to put the memory of the finish in the Martirosyan fight out of your mind?

EL: Obviously, I wanted to get back into the ring as fast as I possibly could. Whether it was two or three months or whatever. But that opportunity was not there.

RTV: How much did you gain from watching the Angulo-Silva fight?

EL: I wasn’t able to watch the Silva fight, but the only thing that I know from having watched Angulo in the past is that he’s a strong guy and that he’s a good puncher.

But he’s also a guys who doesn’t use his mind much when he’s in the ring. So, I think that his style is going to be one that benefits me.

I think that Angulo has a style that will allow me to do pretty much all of the things that I want to do and that I like to do in the ring.

RTV: What are some of the things that you think that you can do against him to put it all together in this fight?

EL: What I want to show the world is what I feel that I’ve already been showing them, and that is that I’m the best 154-pounder in the world.

So what that means is I’m going to give Angulo a little bit of everything. That could mean whether that’s boxing or being on the outside and giving him angles that will make him walk into shots.

Or it could mean that I just give him a boxing lesson while I’m also standing my ground and doing that. I could blow him out.

Out of my past six fights, this is my fourth top contender, which is not something that you can’t say about anybody else in the division. 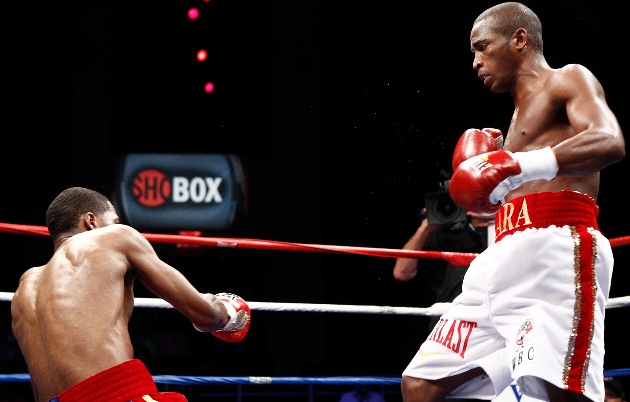 RTV: Do you have a prediction on how the fight will transpire from the first round to the end?

But I went through with the fights, which is most important. With this one, I’m just going to take it round-by-round and use my abilities and what I’m best at as the fight goes along.

I can’t go and look for the knockout, but if the knockout comes along, then I will take it. I’m not the type of guy to put the prediction on the fight, but I will win.

That’s what I do. I feel as though I’ve won every fight that I’ve been in, and that I’ve fought, but I’m going to win the fight.

RTV: What three fights do you want to fight after Angulo?

EL: If I could pick my next three fights, it would first start with the winner of the fight between Canelo Alvarez-Austin Trout, and then I would want to fight Sergio Martinez or Floyd Mayweather, either way.

It could be Floyd Mayweather first and then Martinez, it doesn’t matter. But those would be the next three fights that I would want to take after this one.