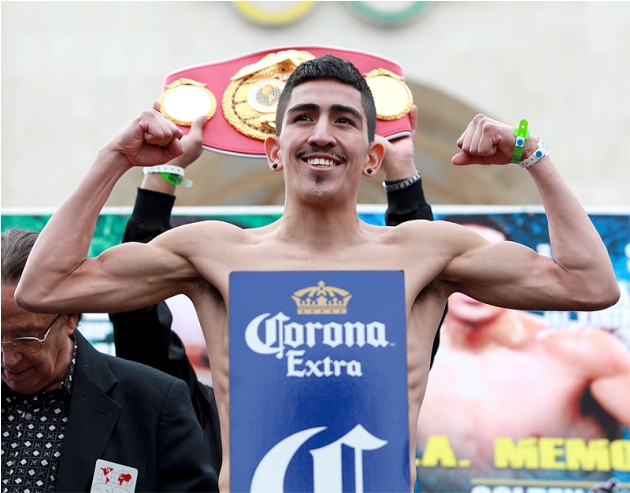 Unbeaten junior featherweight Leo Santa Cruz and undefeated middleweight J’Leon Love are each looking forward to their appearances on the undercard of the May 4 clash between pound-for-pound king Floyd Mayweather Jr. and two-division titlewinner Robert Guerrero that will take place at the MGM Grand in Las Vegas.

“Both of these fights are excellent additions to ‘MAY DAY: Mayweather vs. Guerrero,’ and we are especially excited to see J’Leon Love make his Showtime Pay Per View debut,” said Leonard Ellerbe, CEO of Mayweather Promotions.

“Fighting on a Floyd Mayweather undercard presents a platform unlike any other in the sport of boxing and we know that these rising stars will take full advantage of the opportunity.”

Santa Cruz (23-0-1, 13 knockouts) recently vacated his IBF bantamweight belt to rise in weight where he will face Venezuela’s Alexander Munoz (36-4, 28KOs), a former wto-tiime 115-pound beltholder, who won his first 23 bouts by knockout.

Before facing Guevara, Santa Cruz had scored 11 knockouts in his previous 12 fights, including fifth- and ninth-round knockouts over ex-beltholder Eric Morel and Victor Zaleta in September and November of last year.

“I’m so excited to be fighting on this card on such the big Cinco de Mayo holiday weekend,” said Santa Cruz, who is 24. “I have been very fortunate to have fought on great events so far in my career, but this is the biggest stage yet. I plan to make my fans happy on May 4 and show the world that I am here to stay.”

The hard-hitting Munoz never has been stopped and is coming off a sixth-round knockout of Ever Garcia Hernandez last November.Munoz has lost decisions to former beltholders Martin Castillo twice, Koki Kameda and Cristian Mijares.

“I am so looking forward to getting back in the ring on May 4 and taking the young Leo Santa Cruz to school,” said Munoz, who is 34. “My experience is going to trump his youth, and I plan on handing him his first loss in front of the world on Showtime pay per view.” 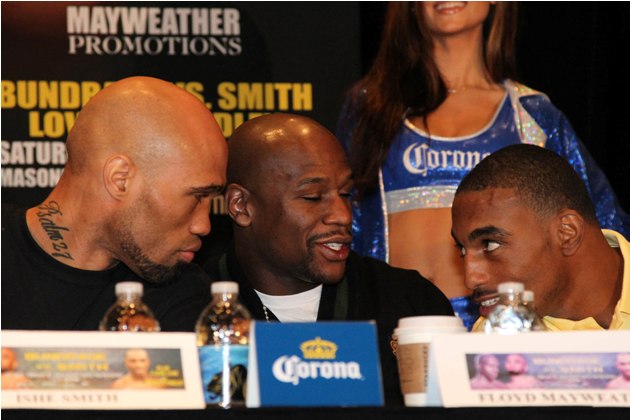 Meanwhile Love (15-0, 8 KOs) is coming off February’s unanimous decision over Chicago’s Derek Findley and is being matched against former junior middleweight Gabriel Rosado (21-6, 13 KOs), of Philadelphia.

“This is what every fighter dreams of. Thanks to Floyd Mayweather, Leonard Ellerbe and Mayweather Promotions, I have been blessed with the opportunity to fight on Showtime pay per view in front of the whole world,” said Love, who is 25.

“And it’s on the undercard of one of the greatest fighters to ever lace up a pair of gloves. Gabriel Rosado is a big name in the sport and a very good fighter, but on May 4, I plan on making a big statement by beating him and letting the entire world know my name. This is it and I can’t wait.”

“I have had my ups and downs, but I am confident that May 4 is going to be my time to shine,” said Rosado, 27, whose run of seven straight victories, five of them by knockout, was ended by Golovkin.

“J’Leon Love is a tough, good fighter who has learned from some of the best, but I know what I am capable of. I am going to come out on top and show boxing fans across the country and around the world what I am made of.”

When Mayweather (43-0, 26 KOs), who is 36, will make is first-ever appearance on Showtime Pay Per View against Guerrero (31-1-1, 18 KOs) as the main event on a card which already includes rising two-division titlewinner Abner Mares (25-0, 13 KOs) challenging WBC featherweight titleholder Daniel Ponce de Leon (44-4, 35 KOs).

“Santa Cruz vs. Munoz and Love vs. Rosado add even more incentive for fans to buy this Showtime Pay Per View extravaganza,” said Richard Schaefer, CEO of Golden Boy Promotions.

“We could not be more impressed or happy with the path that Leo Santa Cruz is on and can’t wait for his skills to be tested further against Munoz in front of a worldwide audience on May 4. J’Leon Love has his toughest test to date when he faces Gabriel Rosado. I can’t think of a better way to kick-off this exciting night.” 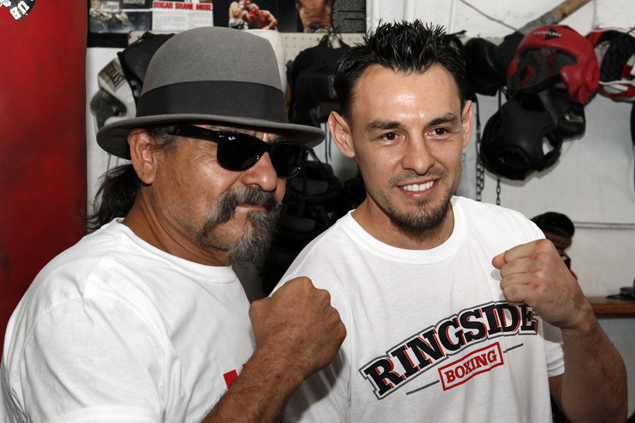 Guerrero, 29, has been picked to defeat Mayweather by Golden Boy President Oscar De La Hoya, who was dethroned as WBC 154-pound titleholder by Mayweather in May of 2007.