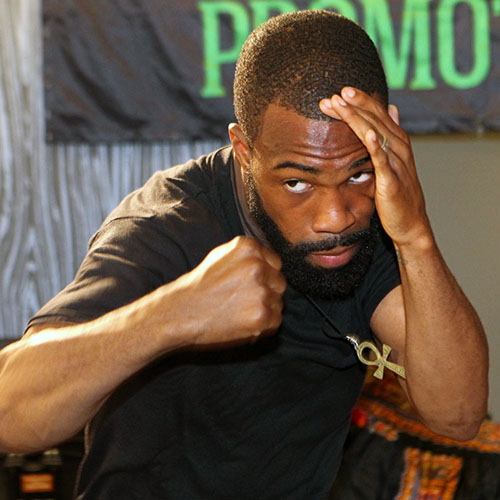 With the World Baseball Classic just getting underway and the major league season around the corner, saying that 2011 boxing Prospect of the Year Gary Russell Jr. is ready to make the jump from AAA to the majors is a fair assessment after he thoroughly outclassed Vyacheslav Gusev in a shutout in the Showtime televised co-featured bout to Saturday’s Richard Abril-Sharif Bogere lightweight title bout.

Early against Gusev, Russell (22-0, 13 KOs) doubled and tripled his jab while also mixing in a wide array of shots to the body. Gusev (20-3, 5 KOs), of Prokopyevsk, Russia, stood in there and tried his best to get some work done, but was largely ineffective. At the sound of the sticks, indicating ten seconds remaining in the first round, Russell exploded with offense, landing a right hook that buckled Gusev. Russell followed up with a lightning fast combination that would have undoubtedly lead to a knockdown had it not come at the end of the round.

In the second, Russell and Gusev landed solid straight shots simultaneously, with Russell’s more powerful punch producing the first knockdown of the fight. Despite his opponent being hurt, Russell didn’t waste any punches when he returned to his feet, landing at very accurate rate, seemingly content to pick at his prey rather than finish him.

In previous bouts that went any sort of distance, Russell did fade slightly, so his effort to pace himself better against Gusev was an efficient one. After the early rounds, the bout deteriorated into a one-sided sparring session and the light-hitting Gusev had no answer for Russell’s many weapons. Russell indicated after the fight he wanted to prove he could go ten rounds, which he hadn’t previously done.

The only suspense was when Russell’s glove ripped in the eighth round, prompting a reprieve in the non-action where Gusev sat on his stool in a neutral corner while a second pair of gloves was applied to Russell. After the action resumed, Russell didn’t throw a single left hand for what seemed like eternity, lending weight to the idea that his left hand had been damaged.

“We used some new gloves today, and unfortunately they weren’t for us,” said Russell after the fight in response to whether he sees himself having issues with his hands much in the future.

Late in the round, an odd left hand was thrown but not with any conviction. In the tenth, Russell finally began letting some hard left hands fly, though they weren’t causing the same kind of damage they did early in the contest. At the final bell, all three scores read 100-89 for Russell.

The way the featherweight division is currently arranged, it is likely Russell doesn’t challenge for a major title in his next bout. Mikey Garcia and newly crowned titlist Evgeny Gradovich are both Top Rank fighters, meaning the Al Haymon advised Russell’s chances of landing a matchup with either are slim. Daniel Ponce de Leon, a Golden Boy fighter who at one stage was rumored to fight Russell last year, is slated to defend his alphabet title against stablemate Abner Mares on the big May 4 card, leaving Indonesian Chris John as the only beltholder remaining. John seems content to make his money in the Far East until he eventually hangs them up, meaning at best a vacant or interim title opportunity opens up for Russell.

Russell has the talent to compete with the top guys at 126 right now, but it wouldn’t be a bad idea to test him against a legitimate top ten contender first. Jhonny Gonzalez, Rey Bautista, and Daud Yordan are a few of the quality names out there that would be a step-up from the minor league talent Russell has been showcased against the past few years, and another sidestep would leave boxing fans frustrated with the promising fighter yet again.

Heavy handed junior middleweight Jorge Melendez (26-2-1, 25 KOs), of Manati, Puerto Rico, delivered a highlight reel knockout of Granite City, Ill.’s Ryan Davis (24-10-3, 9 KOs), destroying him with a single right uppercut 13 seconds into the fourth round of their eight-round scheduled over the limit bout. Melendez made sure he did a substantial amount of damage before delivering the final blow, grinding down his well-traveled opponent over the course of the first three stanzas with his thudding power that quickly broke his opponent down. Promoted by Miguel Cotto Promotions, Melendez notched his 13th straight win and in the process put the deep and talented 154-pound division on notice.

Twenty-year old Miguel Cotto protege Jeffrey Fontanez (11-0, 9 KOs) of Caguas, PR met his first former world title challenger, a well-past it Daniel Attah (27-14-1, 10 KOs) of Washington, DC, going six rounds for the first time in earning a near shutout decision. The tall and lean Fontanez showed a bit of greenness in allowing his veteran opponent to counter his aggression in the early goings, but made adjustments to where he was in and out before he could be tagged in return. Fontanez worked the ribcage of his 34-year old opponent, pressuring him against the ropes whenever he had a chance. Attah was never really in danger of being stopped, mostly fighting to survive, perhaps so he can see action again in the next 30 days without being suspended. The bright side is Fontanez got some rounds in, having only previously been four before. Scores read 60-54 and 59-55 twice in favor of Fontanez.

In the opening bout of the Showtime Extreme portion of the card, light heavyweight Thomas Williams (13-0, 10 KOs) of Fort Washington, Md. worked patiently against trial horse Kevin Engel (20-8, 16 KOs) of St. Louis, Mo. on his way to a third round stoppage. Williams showed a tremendous body attack as he wore down his experienced opponent’s defense before opening up at a higher volume. Engel had a moment or two, countering Williams when he threw combinations, but was unable to back up his unblemished opponent. Williams got braver as the fight wore on, leading with leaping right hooks that managed to find the mark, shots that would be much more dangerous against a quicker opponent. The end came when Williams landed a left to the body followed by a right on Engel’s neck, followed by two more shots while Engel was on the way down. Referee Tony Weeks didn’t finish his count, stopping it 1:31 of the second.

Fighting for the second time in two weeks and the third time in thirty days, Las Vegas super middleweight Luis Arias (4-0, 3 KOs) of Floyd Mayweather’s “Money Team” made quick work of Arsenio Terrazas (9-4, 8 KOs) of Mexicali, Mexico, overpowering his opponent before putting him down with a left hook to the body. Referee Robert Byrd reached the count of ten, earning Arias the knockout at 1:55 of the opening stanza.

Southpaw welterweight prospect Sammy Vasquez (7-0, 5 KOs) of Monessen, Penn. had little issue countering the experienced Leandro Albornoz (16-3-1, 5 KOs) of Fort Lauderdale, Flo.with straight left hands, ultimately dropping his opponent with one in the second round following a well-placed jab. Albornoz made it to his feet, but Vasquez jumped on Albornoz, forcing him to the ropes where he unleashed an effective flurry before referee Jay Nady stopped the bout with Albornoz on his feet. Time of the stoppage was 2:17 of the second for the TKO.