Golovkin-Ishida available on Pay Per View 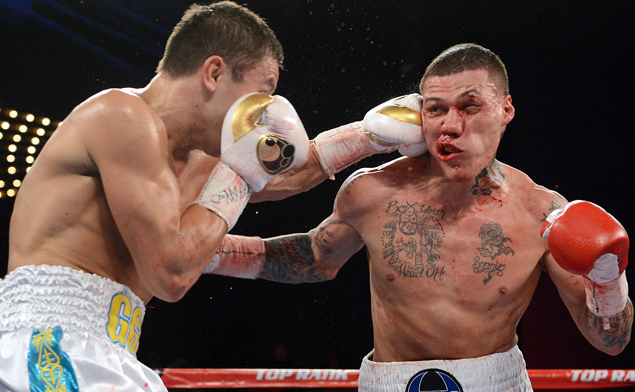 A deal has been worked out for WBA middleweight titleholder Gennady Golovkin to pursue his 14th straight stoppage victory on American Pay Per View’s Integrated Sports when he faces rugged Japanese journeyman Nobuhiro Ishida in the co-featured bout to a four-man light heavyweight tournament in Monaco on March 30, it was announced on Monday.

Golovkin (25-0, 22 knockouts), who stopped Gabriel Rosado in the seventh round at Madison Square Garden last month, will attempt to do the same to the durable Ishida (24-8, 9 KOs), who has never been stopped.

The two Super Four winners will fight for a 60/40 share of one million dollars on July 13 in Monaco as part of a show that is being co-promoted by DiBella Entertainment and K2 Promotions.

“I’ve been in this business a long time and I’ve never known anything like it,” said tournament promoter Berman, chief executive of Golden Gloves, of the ticket sales.

“All the major fighters, among them Gennady Golovkin, Nobuhiro Ishida and Edwin Rodriguez, are bringing out supporters while Zsolt Erdei has asked for a special block booking at the venue for his Hungarian supporters.”

Golden Gloves, in partnership with the Monte-Carlo SBM Group, is planning week-long festivities leading up to the fights.

The preceding Sunday, March 24, will commence with a meet-and-greet function at the Casino de Monte-Carlo featuring Golovkin, followed by a public media conference with all the boxers on March 26, and public sparring on March 27 at 3p.m.

The weigh-in will take place on March 29 at 6pm with the invitation-only post-fight conference set for March 30.

Although the tournament will be held at the Chapiteau de Fontvieille, all the parallel events will take place at the elegant and historic Casino de Monte-Carlo.