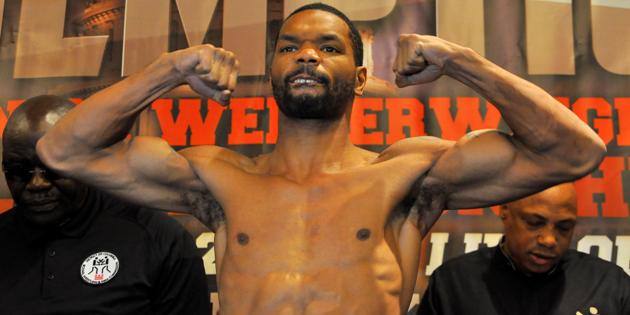 Although Holt (28-5, 16 knockouts) admitted having to lose as much as eight pounds since Tuesday and as much as 22 total since camp commenced, the 31-year-old from Paterson, N.J., said past issues with stamina will not surface against Peterson (30-1-1, 15 KOs), a 29-year-old who will be making his first defense at The D.C. Amory on ESPN2’s Friday Night Fights.

The well-traveled Holt has been knocked out by Thomas Davis, Ricardo Torres and Kaizer Mabuza in June of 2004, September of 2007, and, February of 2010, respectively.

Yet Holt has endured despite what has, at times, been a revolving door of trainers, including former titleholders Roy Jones Jr. and Buddy McGirt.

During his July 2008 rematch with Torres, who entered their return bout with a mark of 32-1 that included 29 knockouts, Holt rose from two knockdowns and scored one of his own during a 61-second bout.

Holt twice dropped Bradley to the canvas before losing his WBO 140-pound title by unanimous decision in April of 2009. Since then, however, Holt has since gone 3-2 with three stoppage victories.

But Holt insists that he has discovered some consistency in experienced trainer, Jesse Reid, whom he believes will help him end Peterson’s run of 3-0-1 with two knockouts since falling by unanimous decision to Bradley as a junior welterweight in December of 2009.

“He’s very professional. He reminds me of a Gaby Canizales. He’s got every angle down that there is and every trick,” said Reid.

“He’s a great puncher. I’m excited about working with him. And I’ll tell you, he’s in shape, and he ain’t running out of gas. I’ve had 23 world champions, and Kendall’s right up there with the best of them.” 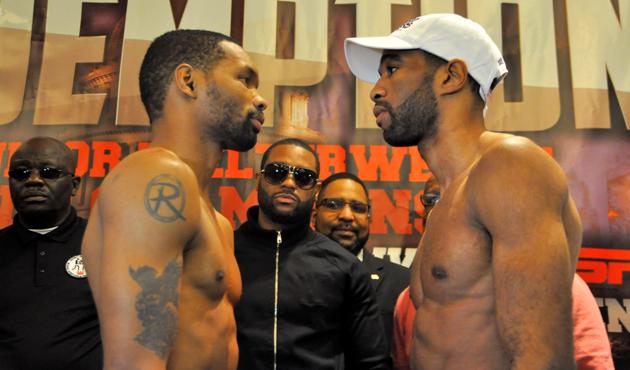 Peterson’s subsequent 12th-round stoppage of Victor Cayo in July of 2011 was followed by a disputed split-decision triumph over Amir Khan for his current belt in December, 2011 at The Washington, D.C., Convention Center.

RingTV.com: Can you win a decision in D.C.?

It was a great fight, so because you thought your guy should have won, why is there a discrepancy because he didn’t win?

RingTV.com: How do you insure that you win those close rounds?

So what I have to do is to make sure that I’m winning the rounds decisively, and if that happens, there shouldn’t be a discrepancy about a decision.


RingTV.com: Are you looking to have similar efforts as those to Garcia and Bradley?

KH: I’ve been learning so much these last few years since being a champion and losing my championship. I’ve just learned a lot more about taking care of my body. I’m a fighter that doesn’t take supplements.

I just learned after my last fight after the weigh-in how to properly re-hydrate. I’ve always been under the preconceived notion that everybody lost weight that way.

I wasn’t groomed or didn’t have anybody teaching me these things. I have been a professional for 12 years, and I’ve only recently learned that these things affect you inside of the ring.

I didn’t have anybody telling me that this is the proper way to lose the weight, and now, you have to re-hydrate. Somebody asked me how I re-hydrated after the Mabuza fight. I had a Gatorade. Didn’t really know about re-hydration.

RingTV.com: What happened in the Mabuza fight?

KH: Camp was bad. I wrestled with the idea of not fighting. That training camp, I was bitter and really didn’t want to fight anymore. I was bitter at the game.

I was bitter at the people who I thought were favored and were making a lot of money that they didn’t deserve when I was making peanuts. So going through training camp, I was going through the motions.

I wasn’t properly re-hydrated. So the mind wasn’t too focused on training, and wasn’t focused on the fight. I second-guessed myself a lot and because of all of those intangibles, the result of the fight was that I lost. 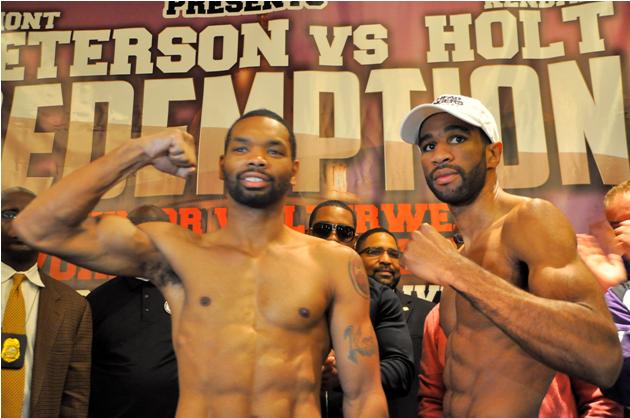 RingTV.com: What sort of fight can we expect?

Other things are going to happen, and if they do, I’ll have a backup game plan. I think that from Round One, people are going to see that I haven’t been using everything that I’m equipped with.

I have a lot of different attributes, and, usually, I just punch. Usually I go in and react. People fall down, and I win. But I don’t really set things up.

This fight, I’m going to set things up and make things happen. I have had some good sprints, some good boxing and I am ready to go a good, hard 12 rounds.