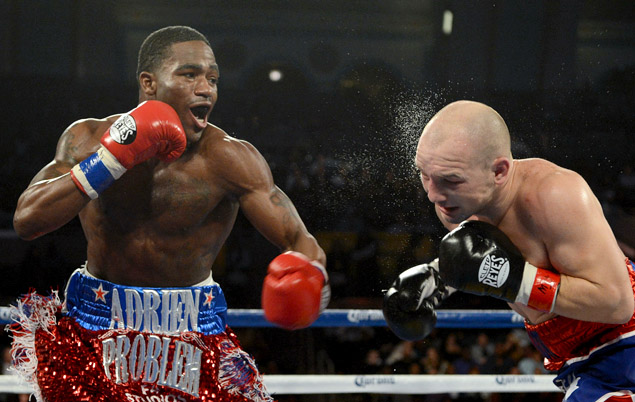 WASHINGTON, D.C. — WBC lightweight beltholder Adrien “The Problem” Broner stole the show, even though he tried not to.

All eyes were on the unbeaten 23-year-old from Cincinnati, Ohio, as he took the microphone near the end of Wednesday’s press conference touting Friday night’s defense by IBF junior welterweight beltholder Lamont Peterson against ex-titleholder Kendall Holt that is slated for the D.C. Armory in Peterson’s native Washington, D.C.

“Man, you know I’ve got to see my big brother fight, man,” said Broner, referring to Peterson from behind a pair of glistening, wire-rimmed shades. “I know both of these guys, and I know they’re going to put on a great show for the city, and I just come to watch.”

“I know that there are going to be a lot of bombs thrown [in the Peterson-Holt fight,] and I’m equipped to do that, as you all saw on Saturday night. But we’re going to have a good show, and with me being in the building, that’s just going to make it more fun. Alright, y’all, but this is their show.”

Prior to facing Broner, Rees had gone 10-0-1 since a 12th-round stoppage loss to Andriy Kotelnyk which dethroned him as WBA junior welterweight titleholder in March of 2008.

Broner’s effort against Rees, at Boardwalk Hall in Atlantic City, delivered 1.4 million viewers, with viewership peaking at 1.551 million viewers during the final round of Broner’s triumph.

The number was the highest-ever for Broner in seven appearances on HBO, out-performing November’s eighth-round knockout that dethroned Antonio DeMarco on HBO in his last fight.

Back in July of last year, Broner stopped Vicente Escobedo for the first time in his career, with the fifth-round knockout scoring a 3.4 rating on the telecast. 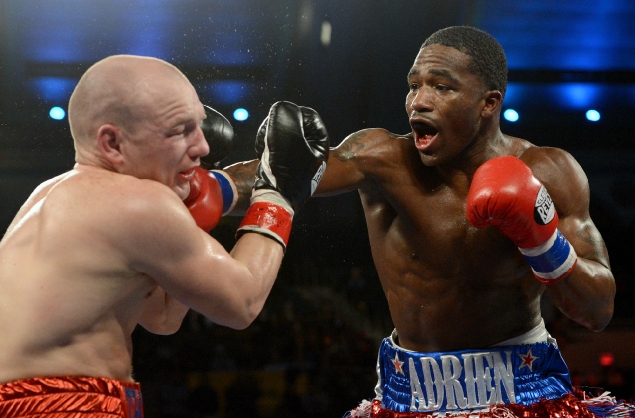 With the Escobedo fight’s number ranking as HBO’s top Boxing After Dark telecast out of the nine of 2012, it appears that the Broner may well be on his way to taking over boxing as he has vowed.

For now, however, that honor belongs to pound-for-pound king Floyd Mayweather, who recently announced his first-ever appearance on Showtime against Robert Guerrero to be on May 4 to be held at the MGM Grand in Las Vegas.

Mayweather’s deal is part of an exclusive multi-fight venture with the cable network and its parent company, CBS Corporation, and creates an entirely different angle to the playing field between Showtime and HBO.

Under the terms of the “revenue-sharing arrangement between Showtime Pay Per View and Mayweather,” the five-division titleholder could fight “six times over a period of 30 months,” according to a press release from Mayweather Promotions.

It appears that WBC junior middleweight beltholder Saul “Canelo” Alvarez may be in line to face WBA counter part Austin Trout as the co-feature to Mayweather-Guerrero. If Alvarez wins the unbeaten Mexican star wants to face Mayweather on Sept. 14 (Mexican Independence Day weekend), meaning that high-profile, potential pay-per-view record-breaking match up would have to take place on Showtime.

Like Mayweather, Broner is advised by Al Haymon, and has expressed that “there is a great possibility that I will be on the May 4 card.”

Broner is not contractually bound to either HBO or Showtime, according to Golden Boy CEO Richard Schaefer.

“I hope that we’ll be able to work out some sort of a deal with HBO and Adrien Broner,” said Schaefer, during an interview with RingTV.com. “So I definitely want to work with HBO, but it takes two, so we’ll just have to see.

RingTV.com sought Broner’s opinion on the potential impact of Mayweather’s move, as well as whether or not it will influence his own future business decisions.

RingTV.com: What are your thoughts on Mayweather’s move to Showtime?

Adrien Broner: Me and Floyd, we’re closer than a–cheeks, man. So I already knew what was going on before it happened. So I’d rather not talk on it, you know? It was a better deal for him.

RTV: How do you think young fighters such as yourself look at what he did, given the potential for being on his undercards, and, even, yourself, having mentioned such a possibility for May 4?

AB: I look at it differently because Floyd’s got his own legacy. You know, he’s going to do what he feels is comfortable for his career.

At the same time, I’m going to do what I feel is comfortable for my career. But you know, I’m going to back him up on whatever he does. 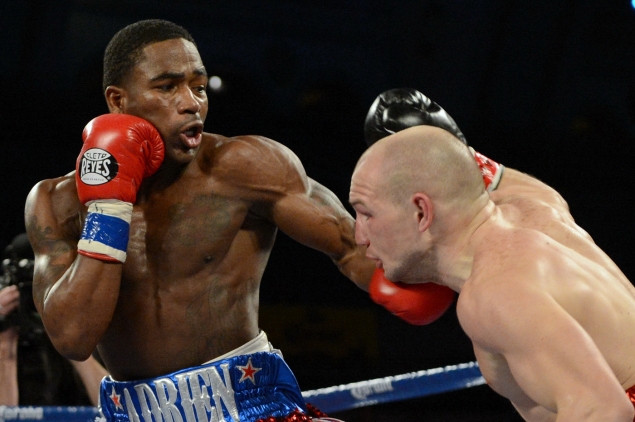 RTV: Could Floyd’s move represent a seismic shift in the playing fields between HBO and Showtime?

AB: It depends on whatever he makes of it. Like I’ve said, this is Floyd’s career. He doesn’t have that much longer in the game. So, after his career is over, it’s all about the A.B. [Adrien Broner] show.

RTV: Can you talk about your relationship with Lamont Peterson?

AB: Oh, man, no matter how much further I’ve gone in my career, than no other boxer, if you’re my big brother, you’re always going to be my big brother.

Just like Rau’Shee Warren, he’s always going to be my big brother. He still inspires me today. He still does things in the gym that I have never seen.

He’s still amazing to me. He’s still a big brother to me. But me and Lamont, we came (through) the same s–t, different toilet. We came from the place.

We both grew up in the hood like a transmission, man. So that’s why we relate to each other so much. And then, being in the gym with each other, it’s so much fun.

RTV: You mentioned that you would like to be on the May 4 card, so does that still stand?

AB: I mean, if the check is right, man. I feel like Bob Barker: If the price is right. Of course, man. But I’m Mr. HBO, man. I’m loyal. But I mean, let me tell you something: I’m a business man.

So why tie yourself down when they’re still going to war. I’m a loyal man. Showtime and HBO are going to war right now. We’re going to always keep it open.