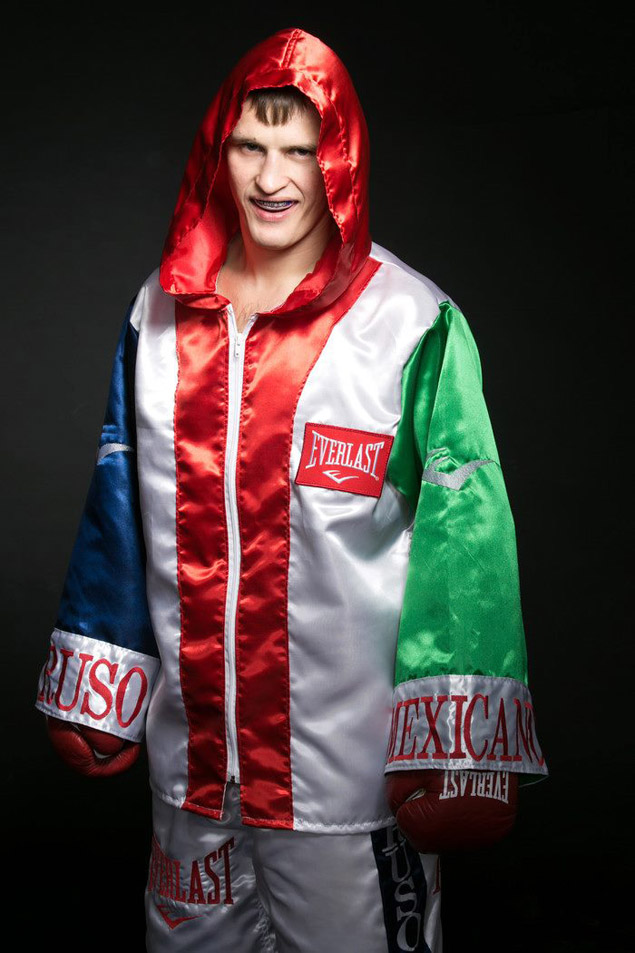 Evgeny Gradovich was just as surprised as everyone else when he got the call last week to replace Luis Franco to face IBF featherweight titleholder Billy Dib on March 1. Gradovich, a 26-year-old with a record of 15-0 (8 knockouts), had just returned from a trip home to Russia to rest following a busy 2012.

Though he had done only light training while in his native country, the allure of a world title opportunity was too much to deny.

“I was surprised for me, because I have just 15 fights and then got a title fight. It’s a good opportunity for me,” said Gradovich, who will headline ESPN2 Friday Night Fights at the Foxwoods Resort in Mashantucket, Conn., versus Dib. “I trained not too much but I think it will be enough ’cause I believe in myself.”

Prior to coming to America in 2010, Gradovich was a member of the Russian national amateur team, where he was discovered by manager Egis Klimas and his associate Don Turner, who had most notably trained former heavyweight champion Evander Holyfield. Klimas and Turner were scouting talent at an amateur tournament when Sergey Kovalev, another of Klimas’ pros who is now a 20-0 (18 KOs) heavyweight, told them to keep an eye on Gradovich.

Gradovich would eventually lose in the championship round but Klimas and Turner saw something that convinced them to bring him to America.

“Don Turner told me right away, ‘Grab this guy, he’s really good. He needs to make some changes but if he’s going to be listening, he would reach something.’ He was right on the money,” said Klimas.

Gradovich came to America the next year and turned pro, but without a big-time promoter to get him dates, he wound up fighting wherever he could find a date. States like Kentucky, North Carolina, and Indiana were where Gradovich first cut his teeth as a professional. That also meant not having the optimum choice of opposition to build up his record against.

“I don’t think [the title shot is] so soon. He had 15 fights but he has about 200 amateur fights, he knows what to do in the ring. Second of all, he fought good guys. I didn’t walk him through the bums just to get him a record.”

A year ago, Gradovich finally signed with a major promoter when he inked a deal with Top Rank. That meant moving out west to be closer to the Las Vegas-based organization and finding a new trainer. That’s when Klimas first approached Robert Garcia, the former world champion who was recently voted the Boxing Writers Association of America Trainer of the Year for 2012.

Garcia, who primarily trained Mexican fighters out of his gym in Oxnard, Calif., liked what he saw from the aggressive, hard-nosed Russian. Gradovich, who speaks Russian and a little English, assimilated easily and the fighters in the gym began teaching him Spanish. That, combined with his style, earned him the nickname “The Mexican Russian.”

Ironically, the 27-year-old Dib’s only defeat came at the hands of another Garcia-trained fighter — then-WBO featherweight titleholder Steven Luevano — in 2008, which was Dib’s last fight on American soil. Dib (35-1, 21 KOs) will be making the third defense of the IBF title he won with a decision victory over Jorge Lacierve in 2011, and the first under SMS Promotions, which is headed by rapper-turned-promoter Curtis “50 Cent” Jackson.

Gradovich concedes the fact that Dib is a titleholder “already means that he is good fighter,” and that the onus is now on him to show that he is, too.

“I don’t want speak too much, we will see everything at the ring March 1,” said Gradovich.